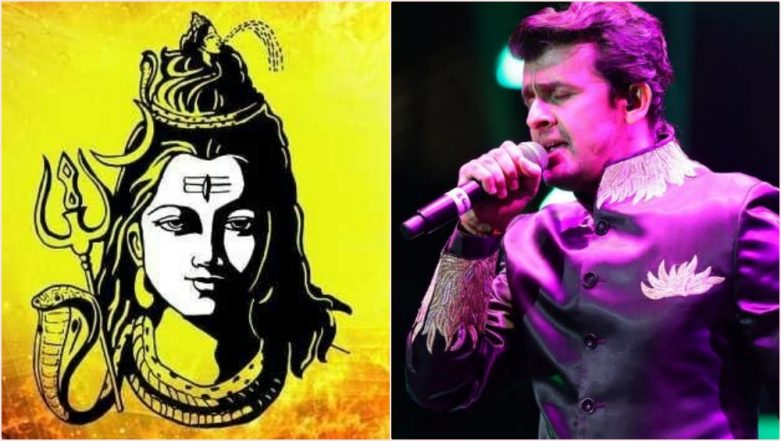 Mumbai, March 1: Singer Sonu Nigam has come up with two spiritual singles, "Shiv Shankara" and "Bam Bhole Bam", for the celebration of Maha Shivaratri 2019, which falls on March 4. "'Shiv Shankara' and 'Bam Bhole Bam' are my offerings to Lord Shiva. Personally, both the songs hold special importance for me as my mother was a great devotee of Lord Shiva and I am dedicating these songs to her," Sonu said in a statement. Mahashivratri 2019 Songs Playlist: From 'Jai Jai Shiv Shankar' to 'Namo Namo,' Hear Bollywood's Ode to Lord Shiva on Maha Shivaratri.

Produced by C.G Entertainment Nepal, the songs have been composed by composer-singer Shreyas Puranik and penned by Basant Chaudhary. "(I am) extremely delighted to work with Sonuji on these projects. I had started off my career composing Lord Ganesha's songs. These are my first spiritual singles devoted to Lord Shiva. Also, filming the videos amidst the beautiful Himalayas was a fantastic experience," said Puranik.

For Chaudhary, it was a "wonderful experience" writing songs in the spiritual space for the first time. "Being from Kathmandu where Lord Pashupatinath is worshipped, the writing came naturally to me," he added. "Shiv Shankara" and "Bam Bhole Bam" are Times Music's exclusive releases and are available across all digital and mobile platforms.