Maharashtra Day marks the occasion when the Bombay Reorganization Act of 1960 came into effect which led to the formation of the state of Maharashtra. It is a regional public holiday that is celebrated every year on May 1. 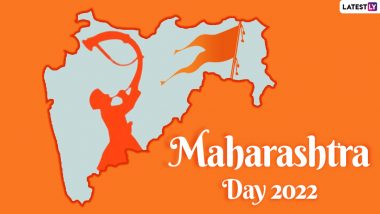 History And Significance of Maharashtra Day

After gaining freedom from colonial rule in 1947, the princely states and unions had to be divided and reorganized based on language. This is when the States Reorganization Act of 1956 came into force, and it defined the division of states based on the languages spoken. A Bombay state was formed for people speaking the following languages: Marathi, Konkani, Gujarati, and Kutchi, which distinguished into two major linguistic groups.

Due to the emergence of significant differences in the two different languages group, a movement was introduced to divide the Bombay State into two different states. The Bombay Reorganization Act was enacted in the parliament in 1960 on April 25. It came into force on May 1 1960, giving birth to the two states of Gujarat and Maharashtra, both of which attained statehood.

Maharashtra Day celebrates the rich legacy and culture of the Marathi people and the language.

Maharashtra Day is celebrated by hosting cultural events, folk dances and commemorating the Marathi culture. A grand parade takes palace in Shivaji Park, Dadar, where the Governor gives a speech. Multiple projects and campaigns are announced by the Government of Maharashtra this day. People also draw special Maharashtra Din rangoli designs to celebrate the day.

(The above story first appeared on LatestLY on Apr 27, 2022 09:12 AM IST. For more news and updates on politics, world, sports, entertainment and lifestyle, log on to our website latestly.com).