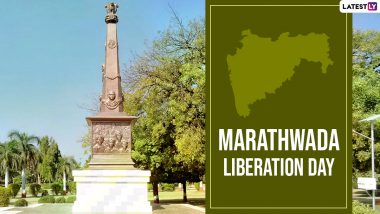 When is Marathwada Liberation Day 2021?

Marathwada Liberation Day is celebrated on September 17 every year, on the anniversary of the day when the Indian Army invaded the State of Hyderabad and defeated the Nizam on September 17, 1948, 13 months after Indian independence. This day is of great historical significance for the formation of Independent India as we know it today.

Marathwada Liberation Day is a very important day in Indian history. When India gained independence from the British in 1947, princely states were given the option to join either India or Pakistan. While 562 of 565 princely states decided to integrate with India, the Princely states of Hyderabad, Junagadh, and Kashmir did not show interest in doing so. At that time, 'Princely State Of Hyderabad' was under the rule of Nizam Mir Osman Ali Khan Bahadoor Niyamuddollah Nizam-ul Mulk Asaf Jah, who appealed to the United Nations that his princely state, which included current Marathwada and Telangana regions, be granted statehood. This led to major uprisings and rebellions in the state. The Indian government launched a military operation named Operation Polo to tackle this unrest. After several days of battle, the Army of the Nizam and the Nizam himself finally surrendered on September 17, marking this day as the Marathwada Liberation Day.

There are a few key leaders under whom the rebellion of the Marathwadas took proper shape and form and led to their separation from Hyderabad. The leadership of Swami Ramanand Tirth and his mates is said to be a key contributor on this front. And the celebration of this day aims to remind people of the rich history of battles and differences that India struggled with in the post-independence era and the sheer will and zeal it took to tie it together as one secular democratic country as we know it today.

(The above story first appeared on LatestLY on Sep 17, 2021 07:16 AM IST. For more news and updates on politics, world, sports, entertainment and lifestyle, log on to our website latestly.com).