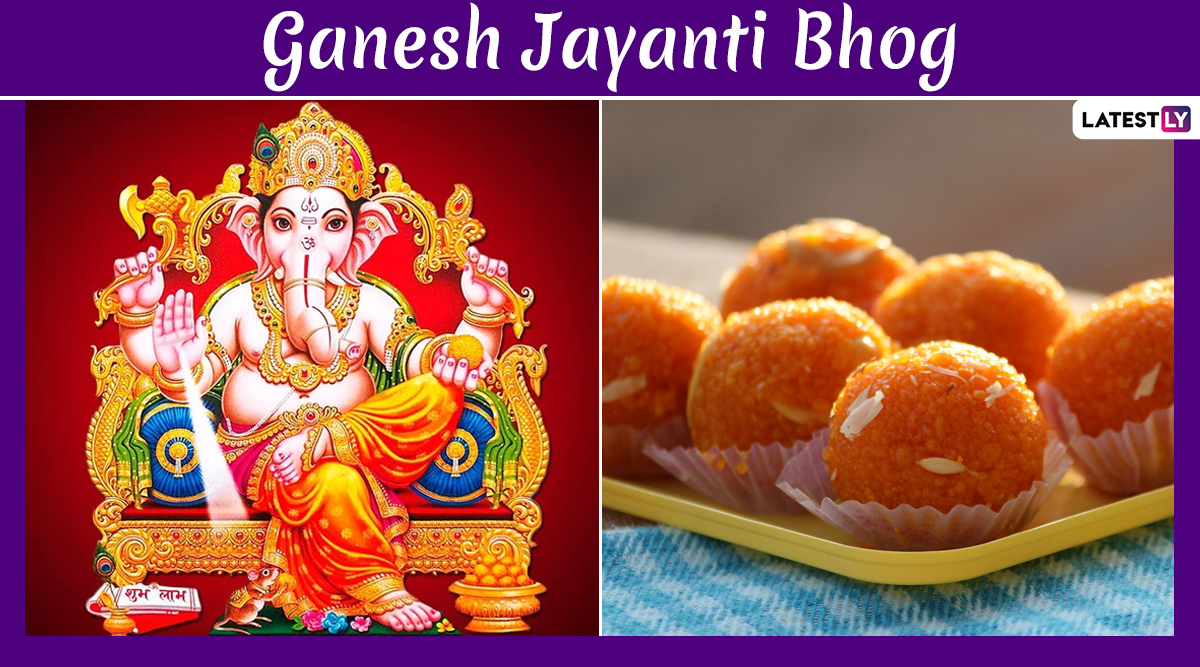 While there are many types of modak that can be made, the traditional recipe use to make the special Maharashtrian-style modak is the one that includes ingredients like jaggery and coconut It is made especially in Maharashtra, but irrespective of the region you belong to, you can easily make modak at home. Watch recipe video:

Puran Poli is another delicious sweet dish that people in Maharashtra make on holy occasions. Even on Ganesh Jayanti devotees prepare the delicacy made out of pulses and flour. Check out the recipe video:

Soft orange and yellow laddoos are everyone's favourite and Lord Ganesha just loves them. You can easily make the sweet at home using some gram flour and sugar syrup. Check out the recipe video:

On Ganesh Jayanti, a Ganesh idol is worshipped with turmeric or vermilion. Laddoos and prasad are made and offered to Lord Ganesha and the distributed among all. On this day people bathe with water mixed with sesame seeds. On this day people go to Ganesha temples and take blessings from Bappa. Especially, in the Moreswar temple, Pune, there is a big influx of devotees on this day. This temple is considered to be the first among the other Ashtavinayak temples. Ganesh idol is immersed on the fourth day of the festival.