Intestinal Malrotation and Volvulus Awareness Day 2020: Date & Significance of the Day; Symptoms and Risk Factors of The Birth Defect to Keep in Mind 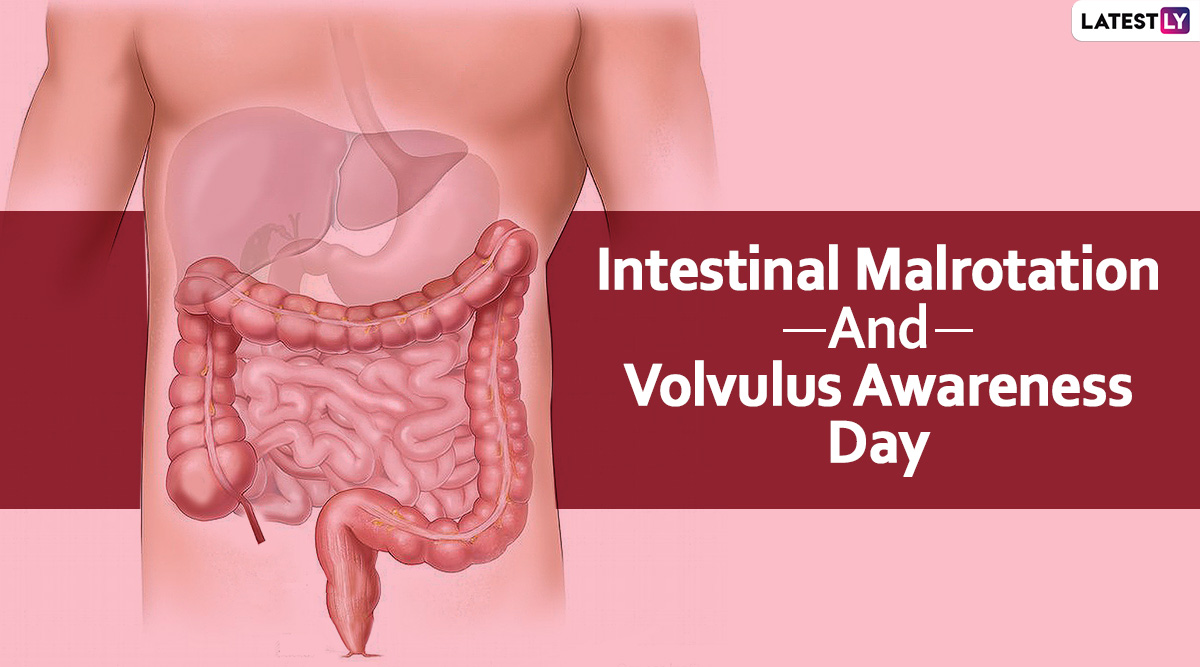 Every year January 15 is observed as Intestinal malrotation and Volvulus Awareness Day. The intestinal ailment, malrotation, is a birth defect and occurs when a baby’s intestinal tract doesn't form properly during the gestation period. However, the birth defect than leads to Volvulus, when the child is born and caused the intestines to twist in a way that it causes a blockage. It may also cut off blood flow to the intestine and damage the intestines big time. Sometimes abnormal tissue called Ladd's bands attach to the beginning of the small intestine and create a blockage that may create bigger health issues as the baby grows.

Intestines are formed while a fetus is in the womb around the tenth week of gestation. However, as the intestines develop, they go back into the abdominal cavity from the base of the umbilical cord. While returning, it makes two rotations and settles into its normal position. However, sometimes the rotation remains incomplete and the intestine does not come back to the right position, this may create intestinal malrotation.

Which children are at risk for malrotation?

Malrotation happens equally in boys and girls. But more boys have symptoms by the first month of life than girls. Babies with other health issues have a greater risk of having malrotation. These problems include diaphragmatic hernia, omphalocele, and duodenal atresia.

Symptoms of Malrotation and Volvulus in Kids?

It is important to know that symptoms may vary from child to child and can look like any other health issue similar to malrotation. One can assume that it is a basic stomach infection. However, you must not ignore any of the symptoms and immediately consult a health care provider. Here are some of the most common symptoms of Malrotation and Volvulus in babies:

The Intestinal malrotation and Volvulus Awareness Day is observed to raise awareness about the birth defect. Not many people know about this and often the diagnosis and treatment are delayed because of lack of attention to the initial symptoms. The day brings attention to the near-fatal disease.