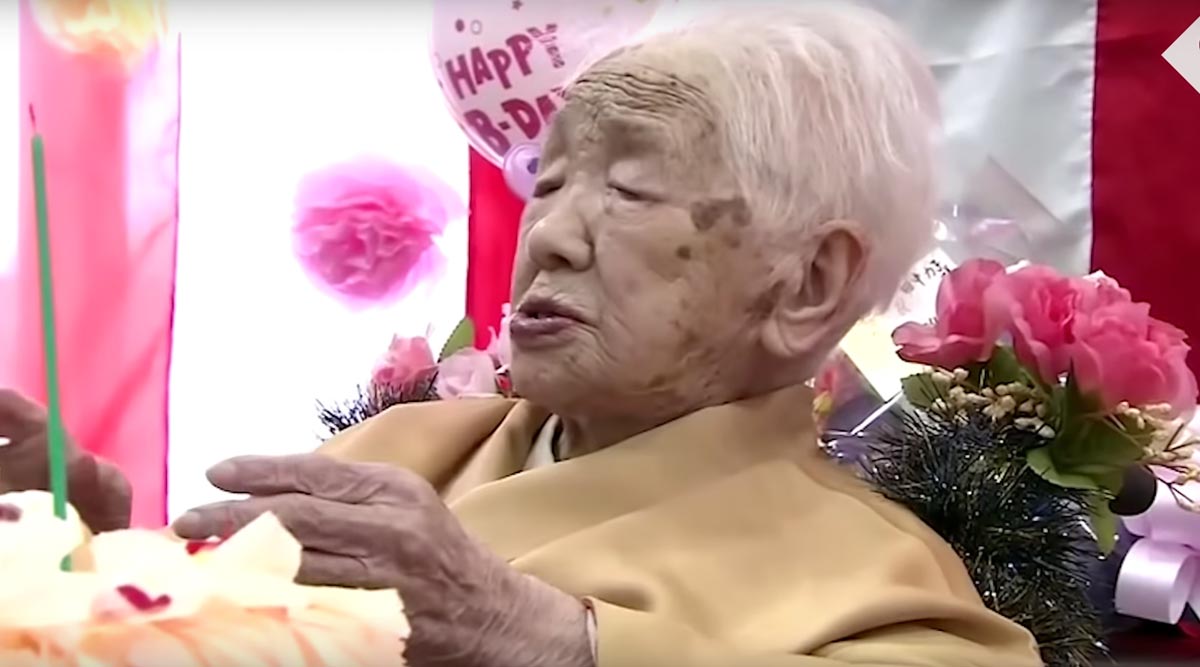 It has been her dream ever since she turned 100 to become the world’s oldest living person. And she has been living by it since last year. On January 2, 2020, Kane Tanaka broke her own record as she celebrated her 117th birthday at a nursing home in Fukuoka in southern Japan. Her diet? Eating delicious food, study and play Othello to live longer and happier. Tanaka is making headlines, as video of her greeting her well-wishers, cutting the cake and enjoying every bite of it surfaced online. She even spoke about her diet that is helping her to live longer. Local broadcaster, TVQ Kyushu Broadcasting Co covered Tanaka’s 117th birthday celebration. Japan's Masazo Nonaka Declared as World's Oldest Living Man Aged 112: Here Are Secrets to His Long Life.

Last March 9, at the age of 116 years and 66 days old, Guinness World Records declared Tanaka as the world’s oldest living human. She was born in 1903. Tanaka also tops the list of 30 super-centenarians—people who have been validated to have lived past 110 and are still living, as per Gerontology Research Group. In an earlier interview, Tanaka said that she loves sweets, drinks three cans a fay of canned coffee, sodas and various nutritional drinks. She credits family, sleep and hope, her secrets for longevity.

Tanaka marked her birthday with a party along with staff and friends at the nursing home. Reuters quoted her saying, “Tasty,” as she took a bite from a slice of her big birthday cake. “I want some more,” she added further. Tanaka married Hideo Tanaka in 1922, and the couple had four children and adopted a fifth.

Tanaka was diagnosed with colon cancer, at age 103. Her son wrote a book on her which discusses her life and longevity, titled-- In Good and Bad Times, 107 Years Old. She is in good health, occupy her time by playing board game Othello and taking short walks at the nursing facility's hallways.

The oldest person to ever live was Jeanne Calment, a French woman who lived to 122 years. She died in August, 1997. Tanaka is still five years behind, but with her enthusiasm, she is surely going to live more; happy and healthy. Tanaka’s record age is symbolic of Japan’s fast-ageing population and also highlighting the falling birth rate in the country, as per Reuters, potentially putting Japan at risk of a labour shortage.