What Is K-Pop? A Beginner’s Guide to Korean Popular Music That’s Taking the World by Storm

As a beginner, if you want to explore the true depth of this genre, we recommend checking out popular groups like Dong Bang Shin Ki, Girls' Generation and Big Bang that have particularly garnered fame in South Korea for their unique music and catchy beats. 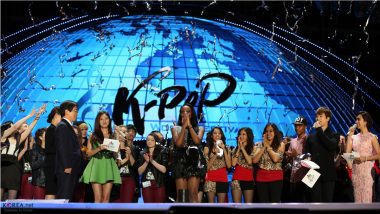 If you've been a living, breathing member of society in the past decade, you have probably become familiar with the K-Pop craze that has taken the world by storm. At the forefront of this wave is the staggeringly famous supergroup BTS, and with their latest single 'Butter' debuting at No.1 of the Billboard Hot 100 charts, it doesn't seem like this craze is going to end anytime soon, if ever. But what really is K-Pop? It can be really confusing to decode this relatively new music trend, and so we've broken it all down in this beginner-friendly guide to K-Pop. Keep reading for more!

So What Really Is K-Pop?

K-Pop or Korean-Pop picked up fame in the last decade in the United States, but the genre got its start in South Korea in the mid-90s. Many different musical genres fall under the K-Pop umbrella, including reggae, rock, hip hop, classical and even country. But the present K-Pop genre almost exclusively caters to Pop music only. K-Pop Bands, Fandom Names and Their Meanings: Here’s A Complete List of South Korean Music Groups’ Fan Club Names.

Music videos are almost just as important as the music in K-Pop. Think Psy's 'Gangnam Style' and Blackpink's 'DDU DU DDU DU- the synchronized dance routine, also known as 'Point Dance', in their viral music videos was one of the main reasons behind the immense global fame garnered by these songs.

Dazzling lights, splashes of vibrant colours, trendy clothing and special effects are all staple characteristics of K-Pop music videos. Their linear storyline has also often drawn comparison to early MTV music videos. Most songs have at least nine to ten different melodies included in their beats, and music critics have noted that most K-Pop songs have very upbeat music, which makes them so popular.

New Korean music groups debut each month, and new music is always present for your listening pleasure. But groups like Blackpink and BTS are among the most popular K-Pop groups from an international standpoint. We can guarantee that you have perhaps unknowingly grooved to the catchy beats of 'Dynamite' in the last year itself! As a beginner, if you want to explore the true depth of this genre, we recommend checking out popular groups like Dong Bang Shin Ki, Girls' Generation and Big Bang that have particularly garnered fame in South Korea for their unique music and catchy beats. Wonder Girls' 'Nobody' is one of the biggest K-Pop songs ever made and should definitely be on your radar! BTS & the Beauty of Words! Not Only ‘I Purple You,’ 10 Words, Phrases & Meanings You Should Know to Join the K-Pop ARMY.

And of course, mainstream groups like Stray Kids and BTS are also worth exploring if you want to get in on the craze. Blackpink has been receiving a lot of attention recently, and their collaboration with international icons like Lady Gaga and Selena Gomez were some of the biggest hits last year.

So what are you waiting for? We recommended starting with BTS' smash hit album Map Of The Soul: 7. Although, we can't guarantee you'll be able to stop listening once you start!

(The above story first appeared on LatestLY on Jul 08, 2021 12:52 PM IST. For more news and updates on politics, world, sports, entertainment and lifestyle, log on to our website latestly.com).