Every K-Pop group has a fan club with a unique name by which fans refer to themselves. Whether you are a BTS fan or someone who just loves the BLACKPINK, you have your own fan club. From ARMY to BLINK, in this article, we bring you K-Pop bands, fandom names and their meanings for the much-needed intro to the community. 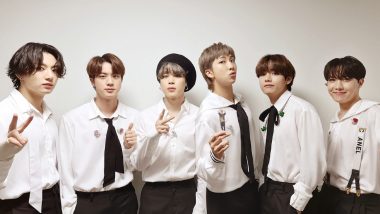 South Korean music bands, aka, K-Pop has an insane number of followers across the world. Each of the bands has their unique style, music and more inspired by the different genre, ruling hearts of massive fan followers. K-Pop is no stranger to popular idols having fandoms or fan communities who always support their careers, no matter what. And what makes the K-Pop is so unique is their fandom names that boast different meanings, supporting the bands. Almost every K-Pop group has a fan club with a unique name by which fans refer to themselves. Whether you are a BTS fan or someone who just loves the BLACKPINK, you have your own fan club. And if you are a newbie to the K-Pop sensation, not only should you know the different terms and its meanings, but also the fandom names to show your loyalty to the groups. From ARMY to BLINK, in this article, we bring you K-Pop bands, fandom names and their meanings for the much-needed intro to the community.

BTS, short for Bangtan Sonyeondan, which member J-Hope once explained, means to be “resistant to bullets,” society aims at adolescents. Hence, it only fitted the group named their fandom, ARMY (Adorable Representative M.C. for Youth).

BLINK is a combination of the words black and pink. The members themselves came up with this name and announced the same via Instagram in 2017. The K-Pop girl group has two official clubs, one in Korea and others in Japan.

A simple reason for this once is if fans love the group one, the girls will repay them with ‘twice’ their love. TWICE said in their fandom name noted, “If you love us even once, we will repay your love with twice of our love,” adding, ONCE and TWICE go together just like “needle and thread.”

Monsta X fans are called “Monbebe.” The fandom name is in French, “Mon” means “My” and “Bebe” meaning “Baby.” Member Minhyuk once explained the hidden meaning of its team name is “My Star.”

The seven-member group, GOT7, is another popular K-Pop fan, garnering massive fan followers. The number 7 is believed to be a lucky number and is also the number of members in the group. The fandom name, iGOT7 means fans have “gotten” GOT7. Fans and the band will continue to be together and will always be lucky.

The fandom name is taken from a line in the group’s sing, ‘Pentagon’ from their first mini-album, “You are my universe.” Fans mean everything to the group and the boy band considers them their universe.

M.O.A stands for “Moments of Alwaysness.” TXT believes they will be with fans “always and forever,” and hence the name of their fandom.

The term carat refers to the measurement of shiny metal. Before their debut in 2015, SEVENTEEN performed a song called “Shining Diamonds” to honour their early days. They dubbed their fans carats who help them rise to shine.

Pink Panda is the official fan club name for Apink. It is a combination of the Korean word for ‘fan’ (paen) and the group’s name. The official colour for the fandom is ‘Strawberry Pink.’

MooMoo is the official fandom name for the girl group, MAMAMOO. Moo means radish. At times, MAMAMOO fans are also called Radishes, which created the meaning of their lightstick. Originally it was taken from the group’s name MAMAMOO, before the lightstick was announced. Their light stick is shaped like the vegetable too, and people would actually bring radishes to the concerts.

In 2006, ELF was announced as the name for Super Junior’s fan club. The name came from Super Junior’s leader, Leeteuk. Again, the word ELF has a meaning related to fairies, because of which Super Junior fans also have the special nickname, fairy.

As any K-Pop lover would tell you, fandom names make fans feel much connected with each other. The titles are often related to the artist’s name, or they can find a reference in a special song by them. It could be hard to remember every fandom name, and that’s when the above little guide would come in as a rescue.

(The above story first appeared on LatestLY on Dec 23, 2020 03:38 PM IST. For more news and updates on politics, world, sports, entertainment and lifestyle, log on to our website latestly.com).