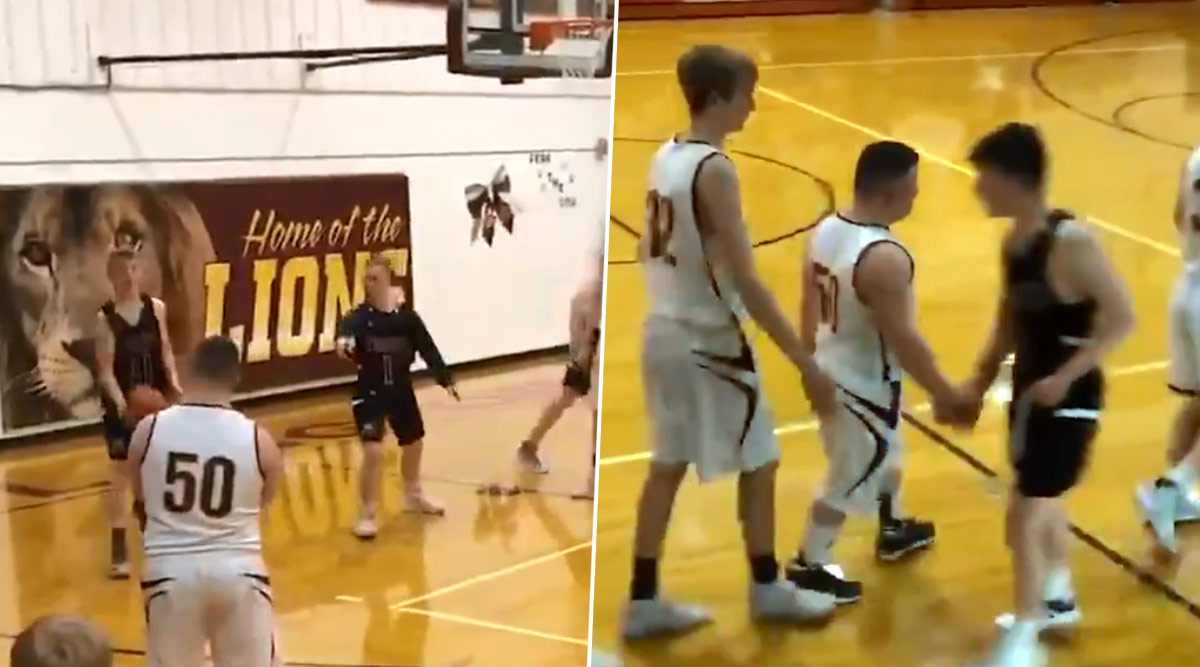 Life is full of failures and successes, but it is up to us how we take and what we learn from it. We are bound to lose or win, but it is sportsmanship, the right act of accepting one’s success with humility. Be it cricket, basketball or soccer; players have often taught us the true spirit of playing a game. Not all make it to the headlines, but when they do, they share the right message needed. The latest reminder has come from a high school basketball game in the US state of South Dakota. It was one of the basketball players who was spotted giving a second chance to an opposite team member with Down syndrome to give a final shot. And he did right. The viral video capturing this beautiful moment has reached the internet-verse as it displays a true sportsman spirit. Quaden Bayles, Nine-Year-Old Bullied Dwarf Kid, Takes Field With NRL All-Star Rugby Team for Exhibition Match.

In the final moments reportedly between Langford and Aberdeen Christian, Gabe Smith, a member of Langford’s junior varsity team with Down syndrome was put into the game. He got a chance to show off his impressive move and score a basket. About six seconds remaining in the game, Smith got a chance, but his shot fell just short. But not too far! Aberdeen Christian’s member Garrett Pearson rebounded the ball for the opposing team and gave it back to Smith, to try again. The Langford player took a shot again and right before the clock expired; it was a score!

In the Facebook post, Aberdeen Christian Basketball wrote, “Being good is more important than winning...every time. One basket wasn't going to change our day, but to this kid, it made his! And for me, the boys made me proud of them all over again!”

Smith’s score not only made him happy but gave his team reportedly a 14-point victory over their opponents. So, the next time whenever you think the world is not getting better, replay this video. You will regain your faith in humanity, again!