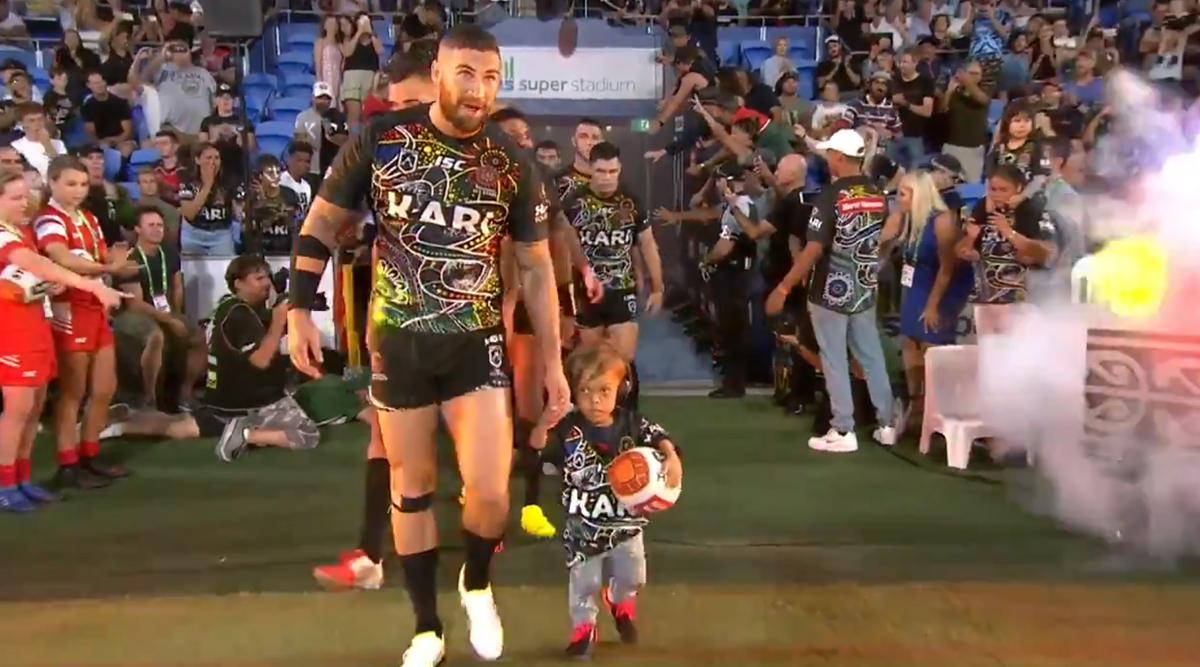 Quaden Bayles’ dream of stepping into rugby field finally came true when he led the NRL All Stars team on the ground during their exhibition match against New Zealand Maoris. In fact, the nine-year-old dwarf kid also received a warm welcome from the local crowd as the whole Queensland stadium erupted for cheering the child. Quaden came into the limelight when his mother shared a video on social media, showing how his child is being bullied by his schoolmates for being short. People from all around the world including many prominent stars were left heart-broken after seeing the kid’s agony and came out in his support. Quaden also grabbed the attention of some of Australia’s rugby players and hence, they invited the child to walk onto the pitch. Comedian Brad Williams Raises $150,000 for Bullied Dwarf Boy Quaden.

Holding the hand of team captain Joel Thompson and with a rugby ball in the other hand, Quaden took the field during the weekend clash. He even posed with the All Stars-team for a photograph before handing the ball to the on-field referee. Well, the kid looked nothing but thrilled by the event and will hope to get better treatment from his friends after the event.

Though the Indigenous All Stars lost the game 30-16. However, their effort could certainly chance Quaden’s future. Other than the Australian-based rugby side, Brad Williams, who himself is a dwarf, also raised funds for Quaden. He even arranged a tour of Disneyland for the child and his mother. Even, Hollywood star Hugh Jackman also came in support for Quaden and said that “you’ve got a friend in me.”