February Going Too Fast? Netizens Feel The Month is Rushing A Lil Too Soon After 'Long January' (Check Tweets) 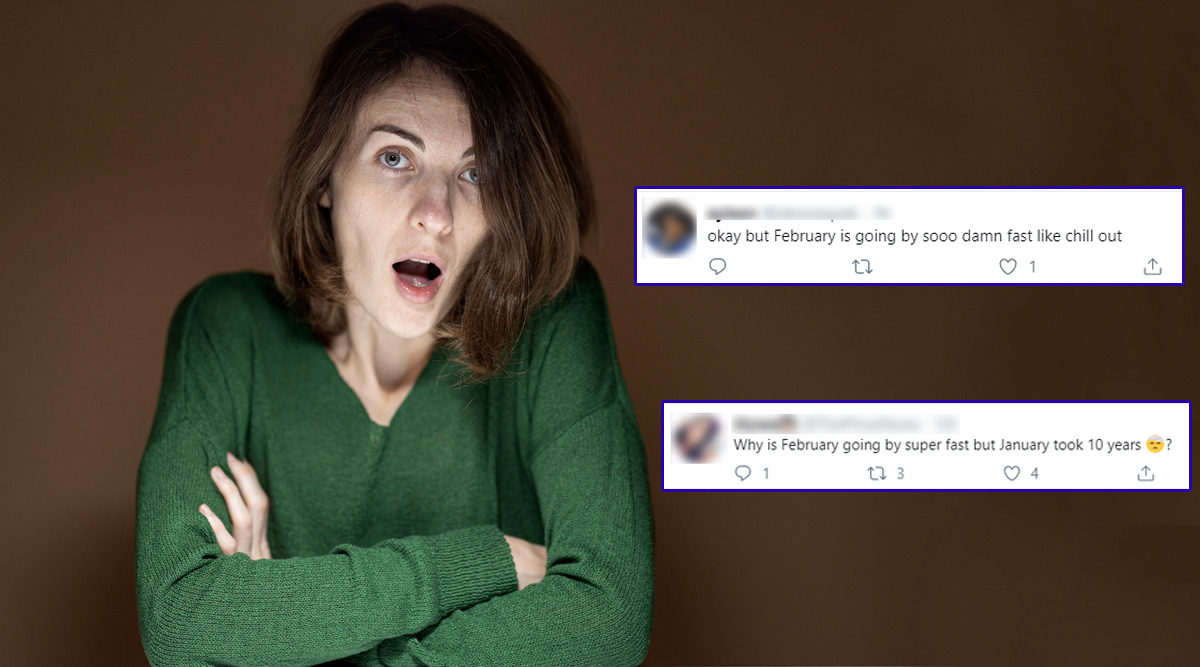 The year 2020 did not really begin on a very positive note since a lot of negative news was reported from around the world. From World War III rumours to the outbreak of deadly Coronavirus, which has by now claimed over 2,000 lives, a lot of tragic news made headlines. This was one of the main reasons, everyone just wanted to get done with January, but it seemed like a never-ending month. As opposed to February, which is 20 days in and barely another week to go, as we slide into March. Netizens took to Twitter to express that February is going too fast.

DO YALL NOTICE HOW QUICKLY FEBRUARY IS GOING BY COMPARED TO JANUARY????

Why is February going by super fast but January took 10 years 🤕?

February is at Double Speed

Why is February going twice as fast as January did??

February, Can You Please Chill?

Can't Keep Up With The Month

- Is it just me or is this month going by ridiculously FAST?! I know #February is the shortest month of the year and all but SHEESH! 😳 Why couldn’t last month have the same energy?! January was not only heavy but a drag and now I can barely keep up with February...🤯🤯🤯 pic.twitter.com/DpGju0lllH

So a lot of people cannot keep up with the pace of this month. February is the shortest month of the year, but this year being a leap year, we have 29 days. The extra one day doesn't make much of a change in the speed at which the days seem to be going right now. Are you too feeling a rushed up February? Well, let us hope March is a little better then.