Halloween 2020 Google Doodle: Magic Cat Academy Game is Back With Adorable Momo to Save You From Troublesome Spirits

Google is celebrating Halloween 2020 with its iconic 'Magic Cat Academy' doodle this year. It was originally released in 2016 featuring a cat called Momo who is on her mission "to rescue her school of magic" from "mischievous spirits". This time Google has Halloween characters in AR with the doodle. 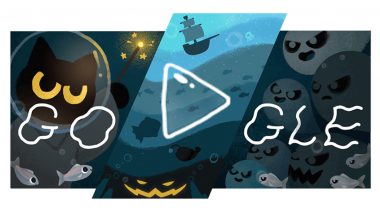 Google is celebrating Halloween with its iconic 'Magic Cat Academy' doodle this year. It was originally released in 2016 featuring a cat called Momo who is on her mission  "to rescue her school of magic" from "mischievous spirits". This time Google has Halloween characters in augmented reality (AR) with the doodle. With Momo the cat, "you can help new friends and reach new depths in your adventure against the Big Boss ghost and its school of ghouls...underwater". With the Magic Academy Doodle game, in the virtual world of Momo, you can fight with spirits. How to Play Magic Cat Academy in Popular Google Doodle Games Series? Enjoy This Past Halloween Doodle Game in the Comfort of Your Home.

To distinguish the doodle a bit from the earlier ones, Google has added an underwater theme to it while Momo looks the same.  During COVID-19 induced lockdown in May, the game was made available so people stay indoors are not bored. You can check AR Halloween characters on Google app by searching for terms such as Halloween, Jack-o-lantern, human skeleton, cat, dog, and German Shepherd. Popular Google Doodle Games: From Pacman to Magic Cat Academy, 3 Interactive Mini-Games From The Past You Can Play At Home. 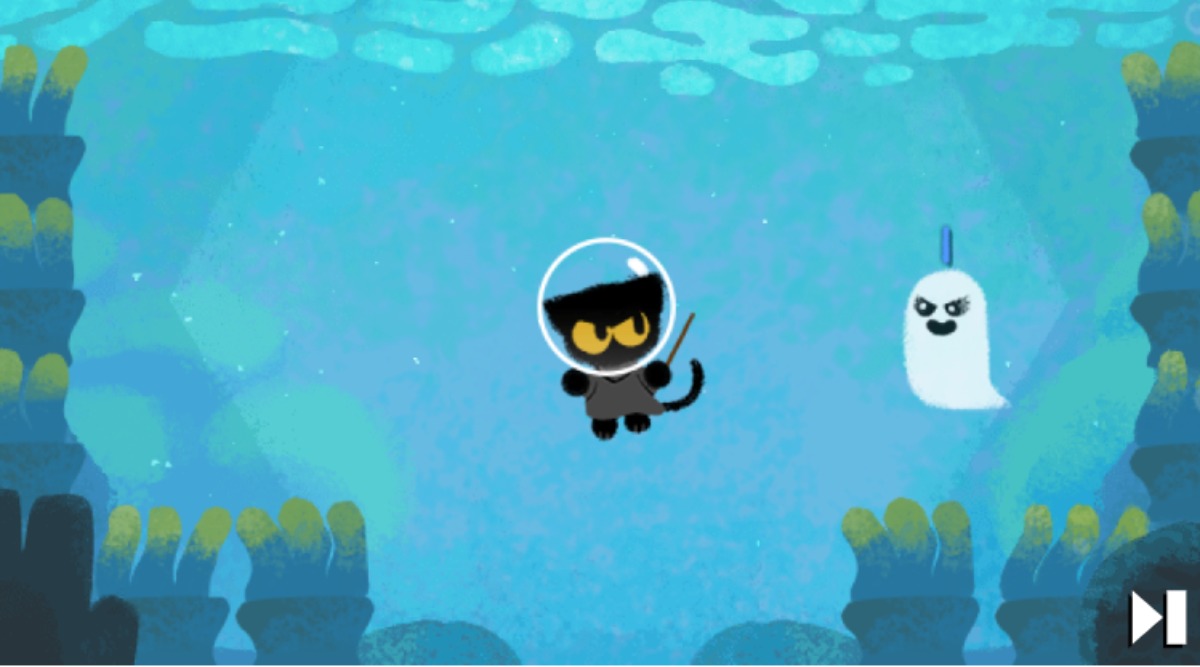 The doodle is visible on Google home page of countries like Argentina, Australia, Brazil, Canada, Russia, the UK, and the US. The Magic Cat Academy Doodle is not available in the countries where Halloween is not celebrated. But you can still see the doodle via the dedicated Google doodle website. There you can also play the original version of Magic Cat Academy. Halloween 2020 Quotes, Wishes & HD Jack-o'-Lantern Images: Send These Eerie Pics with Greetings, GIFs & Messages If You're Missing Trick-or-Treating This October 31.

You can identify the ghosts in the game with a symbol on them. You have to draw the symbol to kill the ghosts before they can reach you. But if they manage to come close to you, you will lose a life. Also, you have a total of five lives to complete all four levels. Every time at the end of each level, a ghost boss will come to you in the form of a vampire squid or an anglerfish. To move to the next level, you have to defeat them.

(The above story first appeared on LatestLY on Oct 31, 2020 07:21 PM IST. For more news and updates on politics, world, sports, entertainment and lifestyle, log on to our website latestly.com).