Kate Middleton Holds a Snake For The First Time Like a Pro, Watch Video of Duchess of Cambridge Handling the Reptile 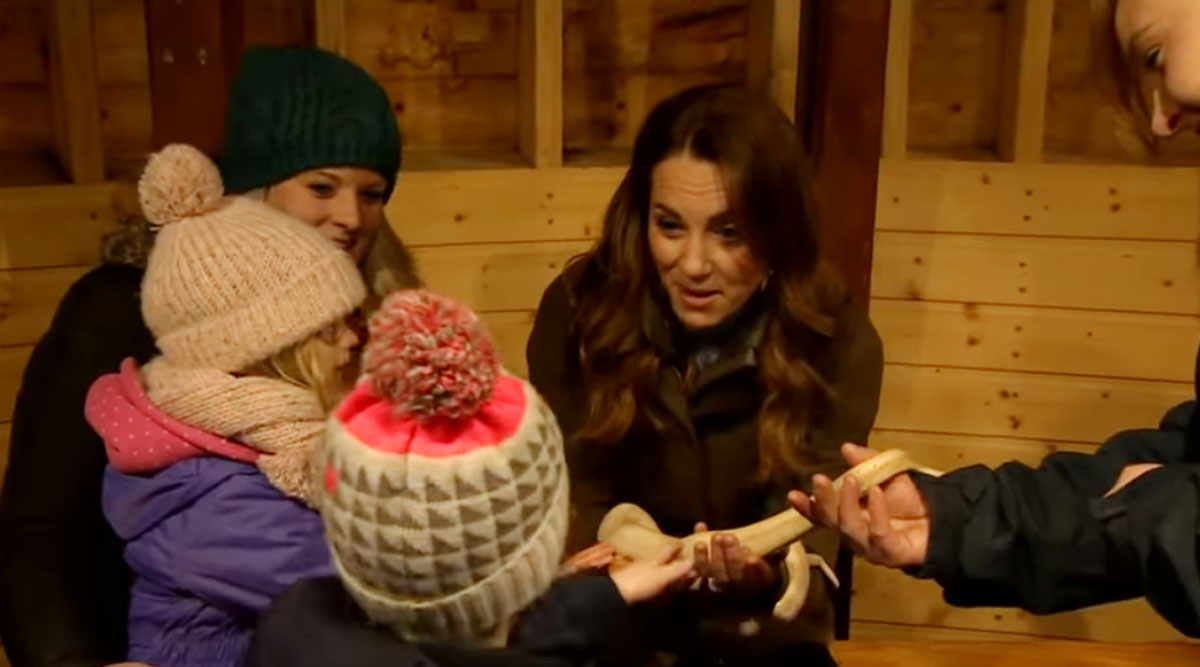 The Duchess of Cambridge, Kate Middleton was quite comfortable to hold a snake on her trip to Northern Ireland. She paid a visit to the Ark Open Farm near Belfast and being a first time of coming face to face with a snake, Kate was quite calm and composed with the reptile. She ensured that the reptile wasn't hurt in any way. It was a corn snake named Sophie. Pictures and videos of Kate Middleton holding the snake were shared online and went viral. Some people even made witty comments that Kate seems to be a snake 'charmer.' Princess Charlotte Shyly Copies Mom Kate Middleton to Give Her Curtsy to Queen Elizabeth II at Sandringham, Royal Fans Are Gushing Over the Adorable Video.

Kate Middleton spent time with alpacas and lambs when she visited the Ark Open Farm. She was here to promote her online landmark survey, '5 Big Questions on the Under Fives' which focuses on the wellbeing of children. At the farm, while she spent some time with other animals, a pale yellow corn snake amazed her. When the handler asked her if she wanted to touch the snake, she first denied worried about its safety but then gave in. She later added, "She's got the most amazing skin. This is the first time I've ever held a snake like that. How cool is that?". A video of her comfortably holding the snake was shared online. Merry Christmas 2019 From the Royal Family: Kate Middleton Captures Candid Moment of Prince William With Kids George, Charlotte and Louis (View Pic).

With a smile throughout on her face, Kate didn't flinch about the snake. As per reports in The Mirror, the snake handler Sophie Wrigglesworth mentioned that the snake was not planned to be brought to the duchess as she has a fear of them. But she insisted that she wanted to see the reptile and even handled it with care.