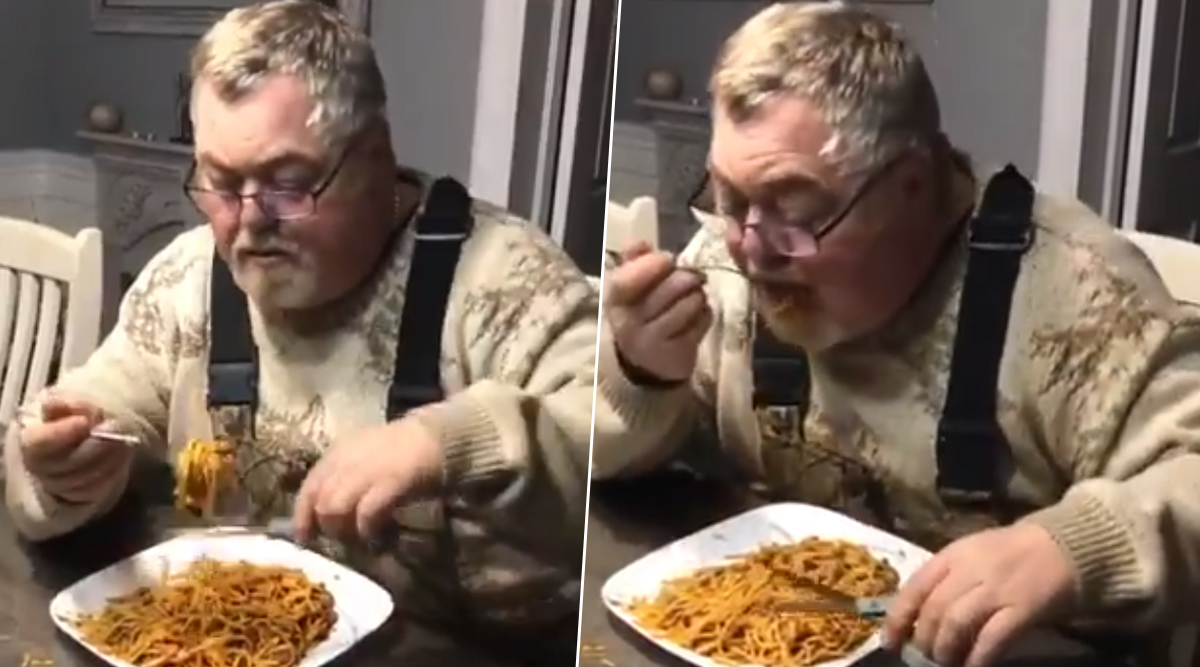 Do you love eating spaghetti but is worried about making a mess? Then you need to watch this man's technique of eating the food in the right manner. From children to adults, everyone can adapt the idea and use it. All you need is a pair of scissors to ensure your food lands right in your mouth. In the clip, the man can be seen holding scissors in one hand and fork in another. He takes a spoonful of noodles and chops the dangling ones with the scissors and eats the rest from his fork. Amazing, right? While we all tried to tangle up the spaghetti on a fork, this man seems to living with a renewed vision.

As the video went viral, varying reactions started pouring in. While some hoped the scissors were clean others praised the man's innovative technique. While this may look innovative to you, this is not the first time video of someone eating noodles by cutting it with scissors went viral. Multiples times in the past, similar videos have gone viral on social media platforms. Advantages of Eating With Hands: Scientific Benefits & Etiquette as Per Indian Culture.

Man Eats Spaghetti by Cutting It With a Pair of Scissors:

One of the comments read, "I sure hope those scissors are clean!" While another wrote, "OMG! Next time I eat Spaghetti it is going to be with a fork and a pair of scissors instead of a spoon!" A Twitter user wrote, "Well, this just makes sense. Period." Another Twitterati posted, "This is one of the funniest things I’ve seen. Cleaver but scissors? Hahaha use a spoon to twirl the pasta Hahahaha no need cutting it. Hahahahaha." Another comment reads, "He’s living in 2090 we’re all beneath this guy."