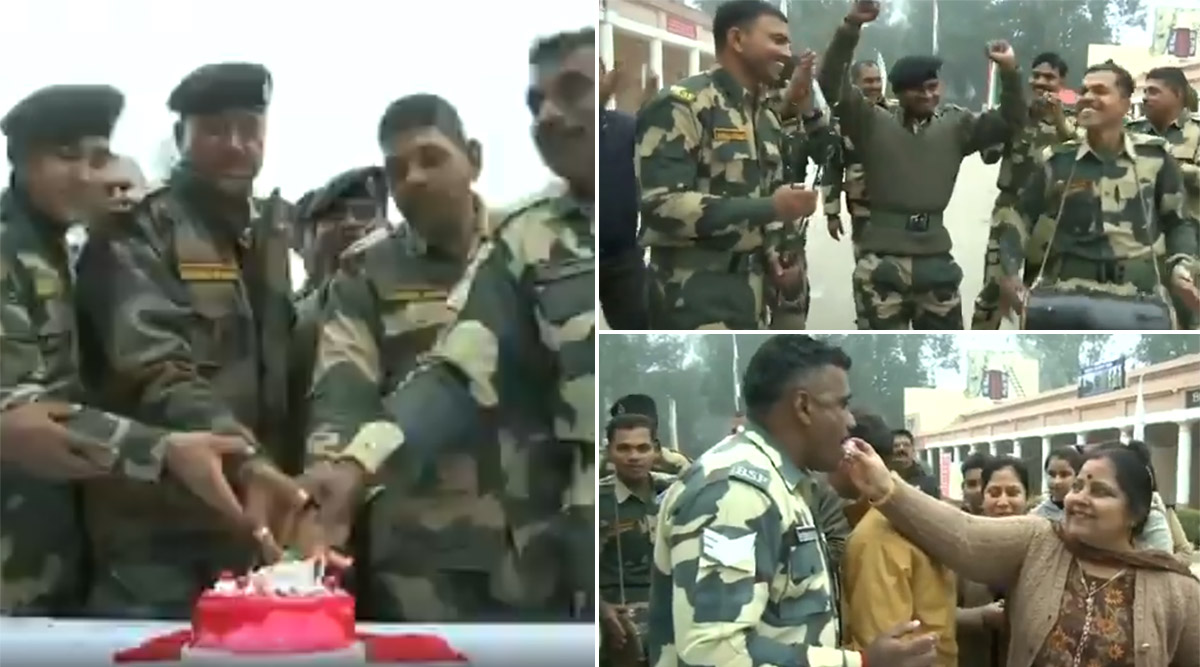 Srinagar, December 30: Border Security Force (BSF) troops were seen in a festive mood a day before New Year even 2020. In a video released by news agency ANI, the paramilitary troops celebrated the occasion by cutting cake in RS Pura sector of Jammu and Kashmir. In the video, the BSF jawans were also seen dancing on patriotic songs. Along with jawans their relatives were also participated in the celebrations. The video is now doing rounds on social media. Diwali 2019: PM Narendra Modi Celebrates Deepavali With Indian Army Personnel in Jammu And Kashmir, Watch Video.

Earlier in October, the video also surfaced in which BSF troops posted in Jammu and Kashmir were seen celebrating Diwali. In the video, the personnel of 72nd battalion were seen dancing and bursting crackers. They also offered sweets and exchanged greetings with each other.

The BSF is a Border Guarding Force of India. It was established on December 1, 1965, it is a paramilitary force charged with guarding India's land border during peacetime and preventing transnational crime. The BSF comes under the control of Ministry of Home Affairs.