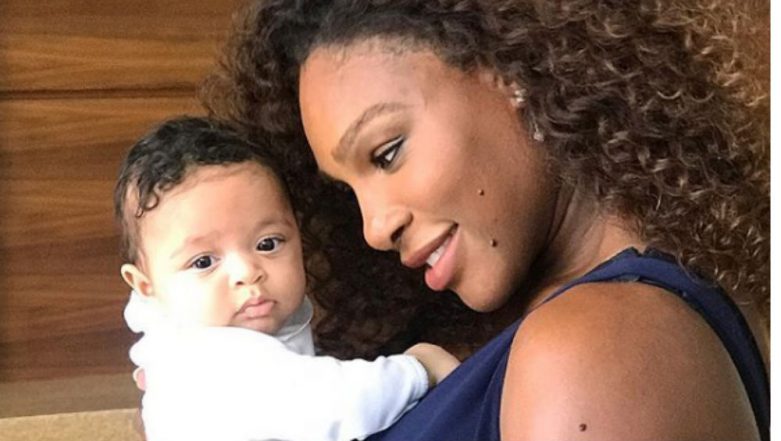 Serena Williams' daughter Alexis Olympia Ohanian Jr who is just nine months old is quite famous already. Alexis has over 39 lakh followers on Instagram and gets a lot of attention from her mother's fans and followers. But the champion mom could not be there when the little one took her first steps. Serena Williams who is gearing up for the eighth Wimbledon title was away when the little Alexis attempted her first baby steps.

Watching one's child walking for the first time is memory parents cherish for a lifetime and Williams could not hold back her tears on knowing she had to sacrifice it. Williams had to travel to the All England Club with Alexis to prepare for her matches putting her parental duties on hold. On returning the proud mommy took to Twitter updating her followers about Alexis. She tweeted saying, "She took her first steps... I was training and missed it. I cried."

She took her first steps... I was training and missed it. I cried.

Last week the baby's Instagram account was updated with a picture of her sitting on one of Wimbledon's grass courts. Check out the picture here:

Williams gave birth to a baby girl in September last year and thus missed the Wimbledon. This year, Williams is back post pregnancy and looking for her eighth title at the tournament. She reached the fourth round on Friday with a win over Kristina Mladenovic. Williams faces Russian qualifier Evgeniya Rodina in the last 16 on Monday.