This Delhi Autorickshaw Driver's Easy and Cost-Effective Hack to save His Passengers from the Severe Delhi Winters Will Warm Your Heart! (Watch Video) 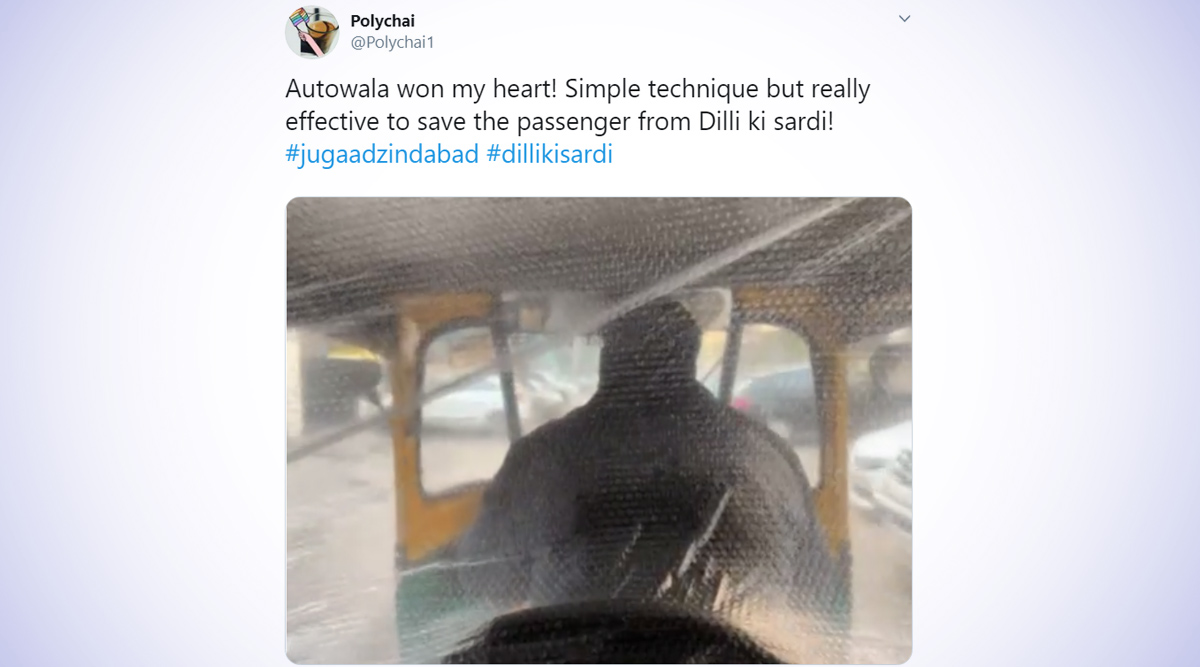 The severe Delhi winter is no mystery to people in India. It is harsh, dry and sometimes even turns fatal. While you don't even want to step out of the house, you have to make it to work and travel for different purposes. Auto Rickshaws are one of the most common modes of transport but you no the struggle during winters is REAL! When on one hand it is perfectly airy for summers, during winters you can legit freeze because of the chilly air whamming into the open autorickshaws. However, this one autorickshaw wala's heart-warming video is making winters easier for us. A tweet that we stumbled upon, showcased an amazing trick used by this auto driver where he shields the area where the passengers sit with bubble wrap so that they don't feel cold. In the video that one of the passengers uploaded on Twitter captured, how smartly he protects his customers from cold wind during winters.

The post by the person who goes by the handle name Polychai or @Polychai1 read: "Autowala won my heart! Simple technique but really effective to save the passenger from Dilli ki sardi! #jugaadzindabad #dillikisardi". For those who don't know the hashtag read #jugaadzindabad. Jugaad is the most desi term for hacks! Check out the video:

The video hasn't received many likes or retweets but we believe that it deserves many. Also, rickshaw drivers from other cold places in India must take a lesson or two. While Delhi winters have made life difficult for the residents, it is also the air quality in the national capital that has gone out of hand. The air quality has dipped further, making the air more toxic. According to the Central Pollution Control Board, the air quality index was at 367 pushing Delhi in the category of 'very poor' air quality in areas around India Gate.