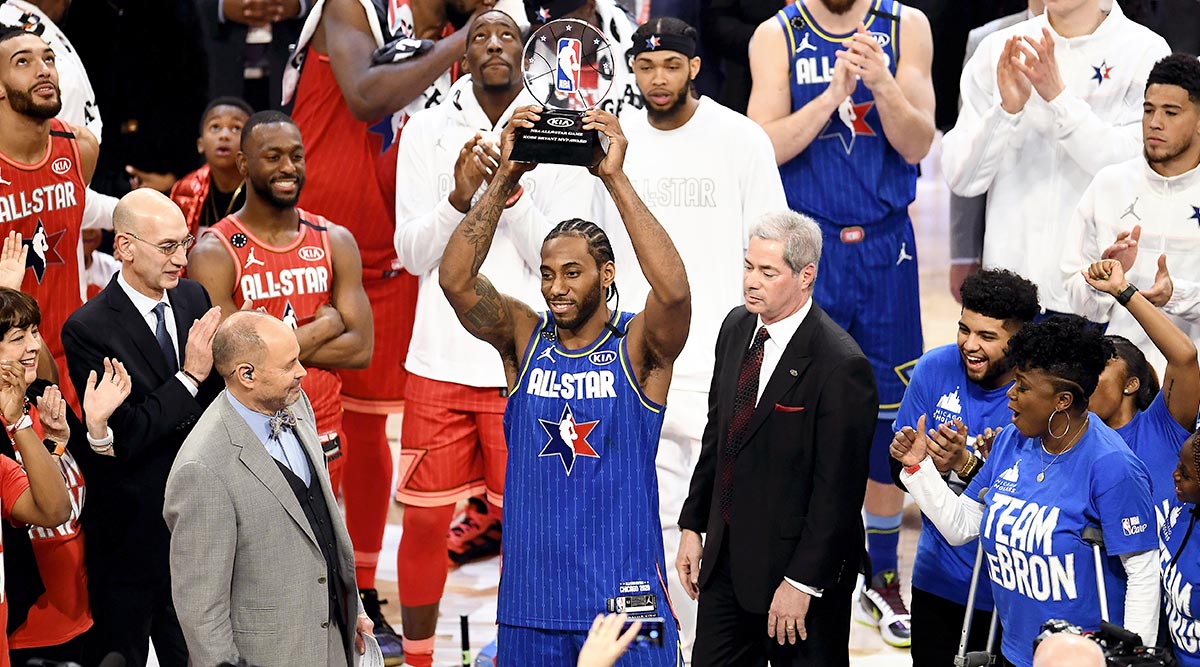 The NBA All-Star game was played at the United Center in Chicago, Illinois on February 16, 2020 (Sunday) where Team LeBron got the better of Team Giannis by beating then 157-155. Los Angeles Clippers star-man Kawhi Leonard became the first recipient of the Kia National Basketball Association’s All-Star Game Kobe Bryant Most Valuable Player award – the MVP award for the game, officially named after Kobe Bryant. This was the 69th edition of the annual star-studded game and was hosted in the city of Chicago for the first time on 32 years. Kobe Bryant Leads Basketball Hall of Fame Class of 2020 Finalists for His Outstanding Achievements.

Kawhi Leonard was brilliant on the night as he scored the match-high 30 points and seven rebounds helping his team to a victory in the all-star game and was given the MVP award which the league officially named after LA Lakers legend Kobe Bryant. NBA Commissioner Adam Silver during a press conference of Saturday announced that the award has been permanently named after the late basketball star. He said the decision to name the award after Bryant was made after discussion with several players from the league. Kobe Bryant's Memorial to Be Held on February 24 at Staples Center in Los Angeles.

'Kobe Bryant is synonymous with NBA All-Star and embodies the spirit of this global celebration of our game, He always relished the opportunity to compete with the best of the best and perform at the highest level for millions of fans around the world.’ Said Silver. The all-stare game was kicked off by world from former Hall of Famer Magic Johnson who requested an 8-second silence, in tribute to Bryant’s who started his NBA journey wearing the No. 8 jersey for LA Lakers.

Kobe Bryant passed away on January 26, 2020, in a helicopter crash in California along with his 13-year-old daughter Gianna and seven others. On February 24, 2020, a public service will take place at the Staples centre to celebrate their life. The date coincides with the No. 2 jersey worn by Gianna and the No. 24 jersey worn by Kobe Bryant.