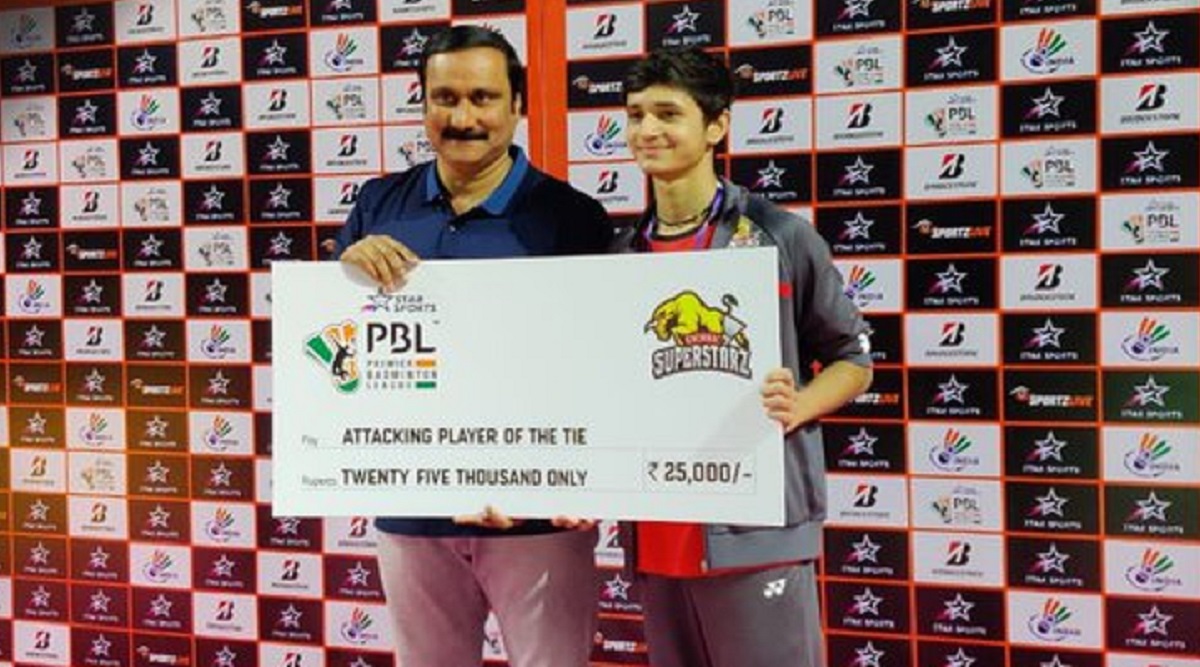 Chennai, January 21: With his array of sparkling backhand returns and exquisite movement on the court, Madhya Pradesh's 17-year-old Priyanshu Rajawat impressed not just the spectators at the Jawaharlal Nehru Stadium on his debut at the Star Sports Premier Badminton League but he even earned plaudits from world champion PV Sindhu. The Dhar boy, who appeared for the Hyderabad Hunters, put in a brilliant effort that kept the crowd on the edge of their seats before going down to the Chennai Superstarz' Lakshya Sen 6-15, 15-13, 14-15 that resulted in the hosts winning 5-2.

The fighting spirit that he showed to erase a match point in the 58-minute thriller won everybody's hearts and the Hyderabad Hunters star was full of praise for her teammate, adding how the league has been helping youngsters to sharpen their game. "PBL will definitely help a lot of youngsters. Priyanshu played in the league for the very first time and he really played well," said the Rio Olympic silver medallist. PBL 2020: Fifth Season of Premier Badminton League to Begin From January 20.

"It was really very good encouragement for both Lakshya and Priyanshu because they get to learn a lot from senior players. This atmosphere is very rare, here you not only play for yourself but for your team as well. The teammates' support helps to lift the game too," added Sindhu.

The World No. 6 has been a part of many riveting clashes in the PBL and has even won the title with the Chennai franchise in the second season. The 24-year-old emphasized how essential the league has been to her growth as a shuttler and underlined how it has benefited her.

"We get to learn a lot by playing with foreign players in the league. Every player has a different mindset, so practising and playing with them helps us. Getting some good tips helps improve any player. PBL has been a great learning process for me," said Sindhu.

With 2020 being an Olympic year, mental strength is of utmost importance. Suffering a few losses on the BWF World Tour post her World Championships victory hasn't deterred her at all and she is looking forward to coming back with a bang.

"I have been working on my mental strength. There have been matches where I have closely lost and I am definitely working hard to rectify my mistakes. It's important to remain positive and come back much stronger," said the Hunters ace who is confident of Hyderabad making a turnaround in their next match against the Awadhe Warriors on January 26 at Lucknow.