Cricket World Cup History: Winners, Host Nations, Participating Teams and Timeline of All the CWC From 1975 to 2015

The 2019 World Cup in England is just days away with the euphoria building around cricket’s biggest competition. It is the 12th edition of ICC’s mega event where the best team in ODI cricket is decided. The preparations for a tournament of this stature begins a good two years before the actual event. The ten participating teams have their squad ready with the players undoubtedly feeling the heat. There are emotions attached with winning a world cup with every player carrying the weight of expectation of their respective nations. Over the years we have had some memorable World Cup events which have enthralled generations of cricket lovers. Here we look back at the past World Cups and its standout features. History of Cricket World Cup Trophy: Facts and Evolution of Cricket’s Prestigious Title From Prudential to ICC (View Pics & Video). 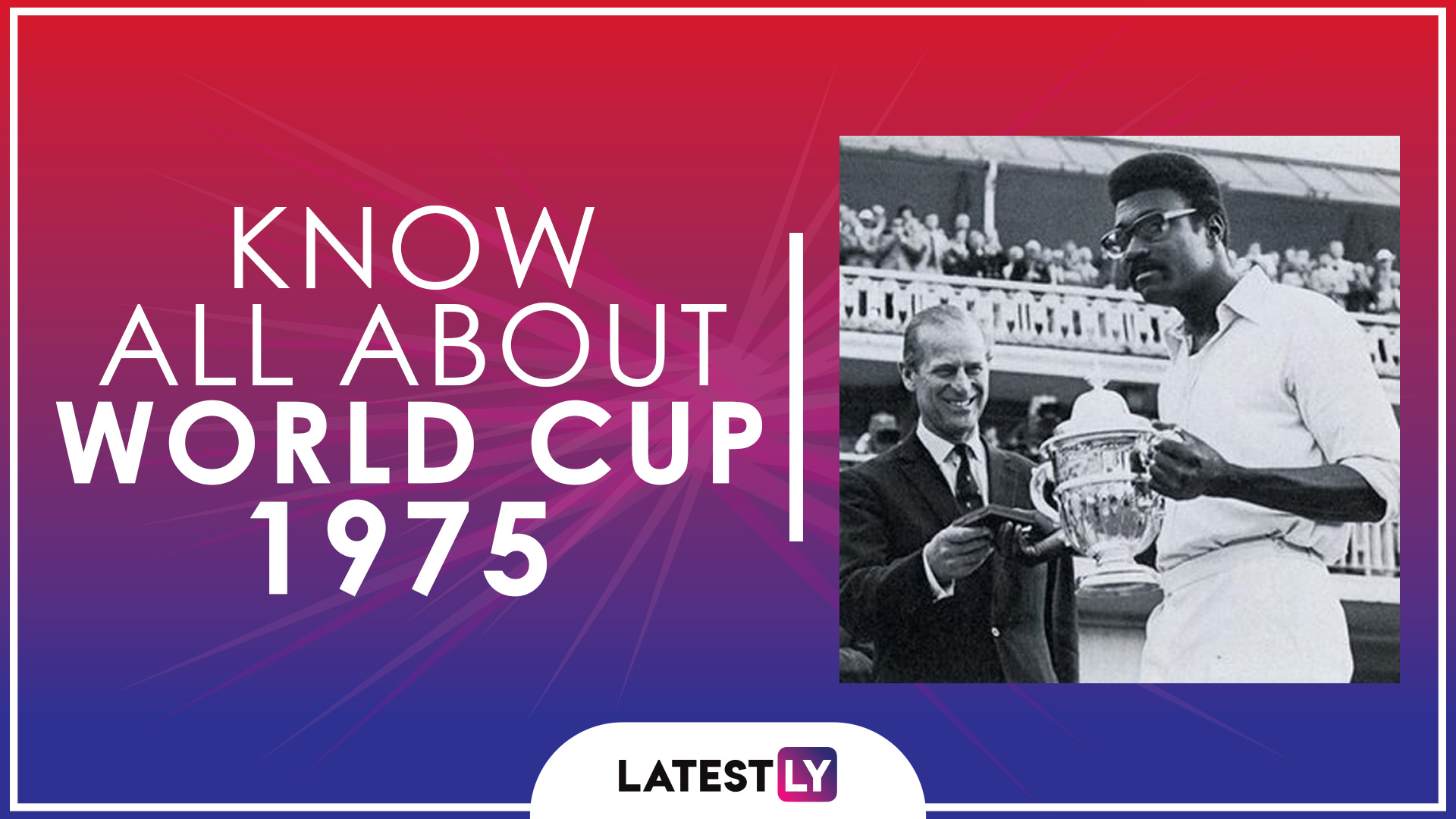 1975 was the inaugural edition of the cricket World Cup. (Photo Credits: File Image)

The year 1975 saw its first World Cup tournament which was officially called the Prudential Cup with England as its host. The eight participating teams were Australia, England, Pakistan, New Zealand, India, West Indies, Sri Lanka and East Africa. This was East Africa’s only participation in a World Cup tournament. The competition was quite short with 15 games played over two weeks and consisted of round-robin matches followed by the knock-outs. West Indies defeated Australia to become the first country to win it. 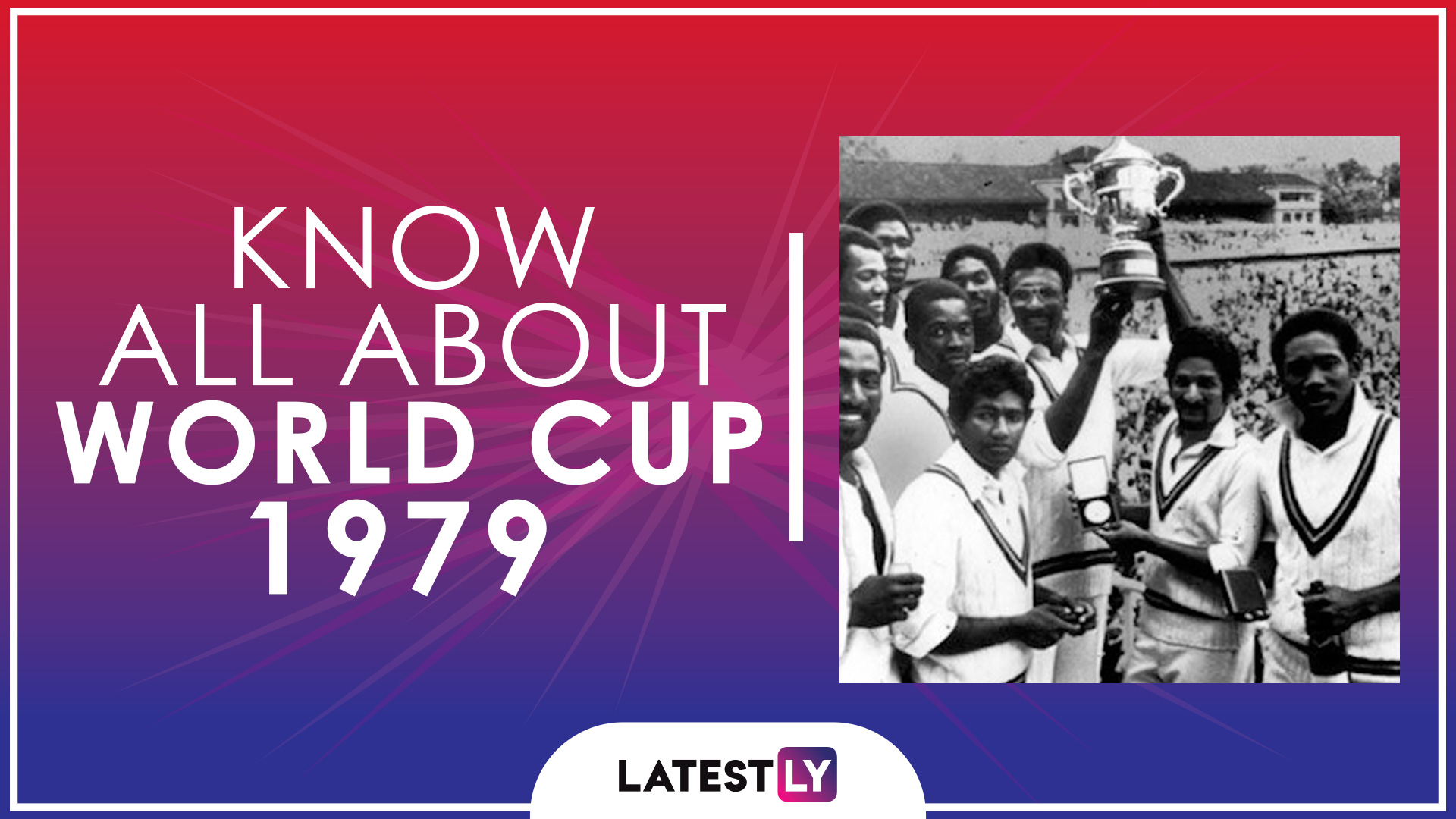 The format remained unchanged for the 1979 World Cup in England in comparison to the competition four years earlier. ICC introduced a

system for the first time to select non-test playing teams by conducting a competition amongst them. Canada along with Sri-Lanka made it to the main as the two finalists of the ICC Trophy 1979. The mighty West Indies team at the peak of its powers defeated England in the final to lift the second trophy in succession. 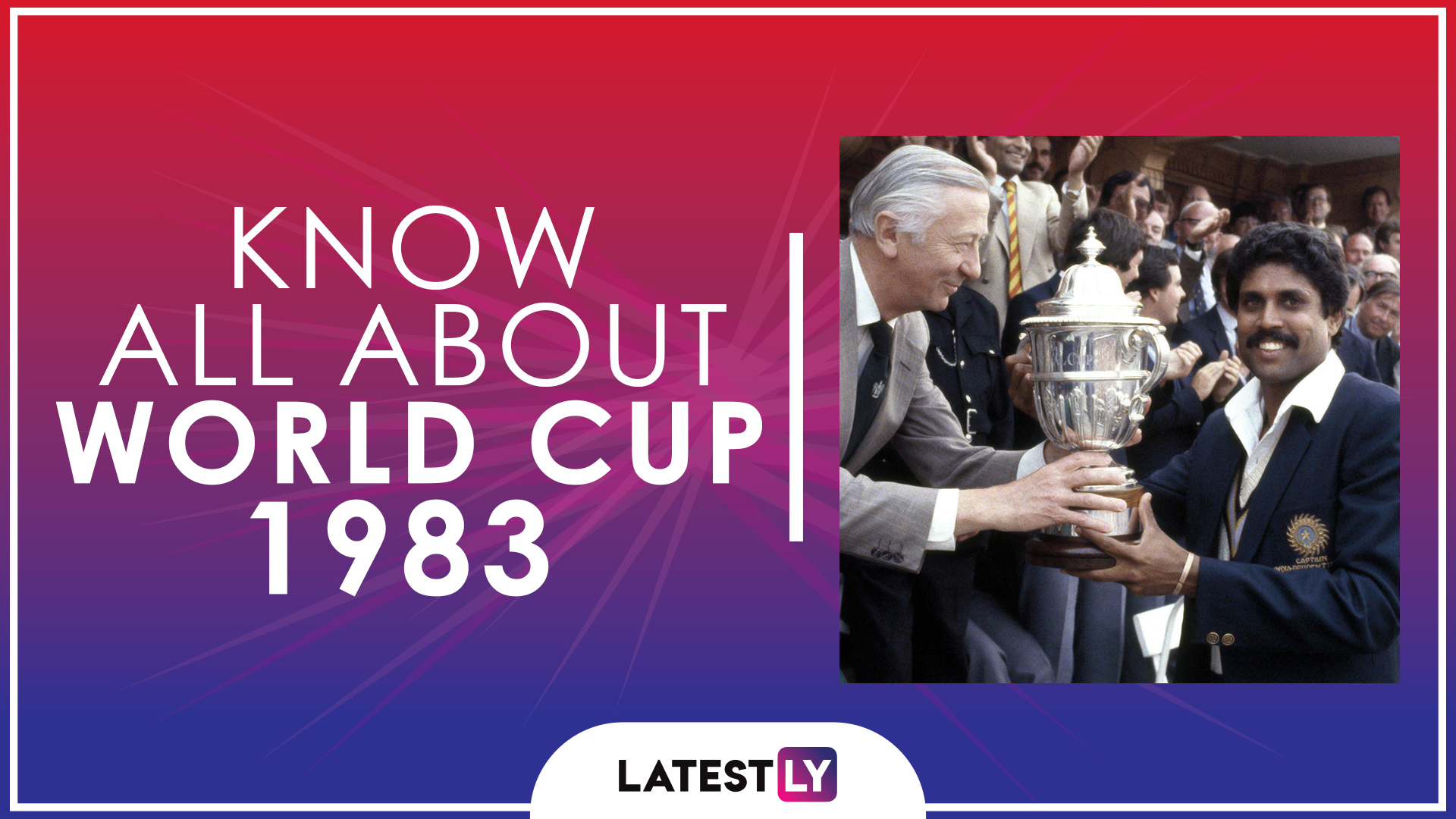 The third instance of the World Cup was held in England in 1983 with 8 teams participating in it and Zimbabwe was the only non-test playing nation taking part. The Indian cricket team led by Kapil Dev shocked the entire cricketing world by beating the mighty West-Indies in the final to win the championship. The defeat denied Wes Indies a hat-trick of trophies but brought immense joy for the Indian fans. 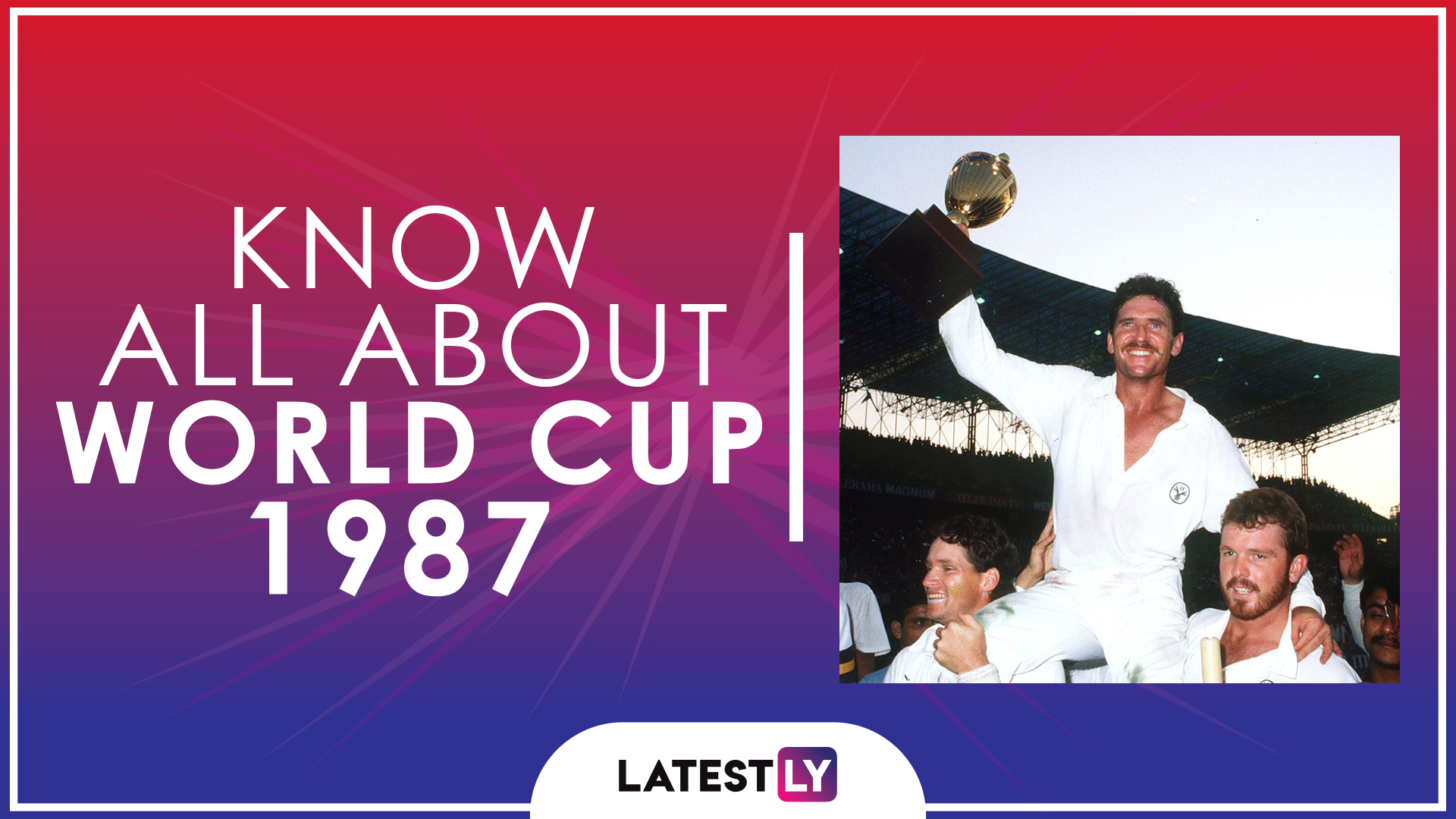 The 1987 World Cup was the first time the tournament was played outside England and there was also a reduction in a number of overs from 60 to 50. Australia won their first World Cup by defeating England in the final known for that infamous Mike Gatting reverse sweep which cost the Three Lions a win. 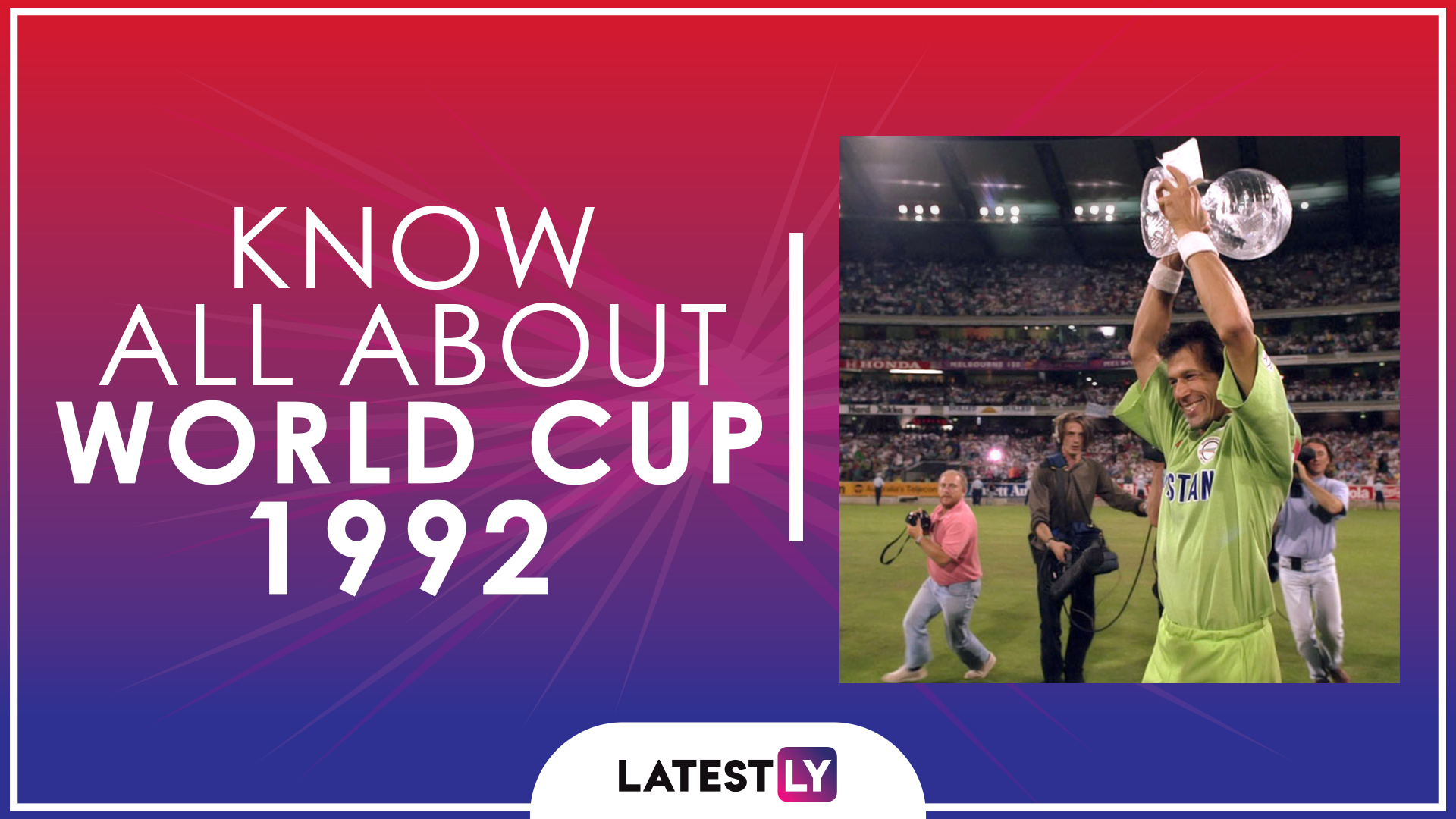 The 1992 World Cup known popularly as the Benson and Hedges trophy has an important place in cricket archives as it was the first time the players played under floodlights, facing the white ball wearing colourful kit. The Pakistan cricket team led by Imran Khan lifted their maiden trophy playing some fantastic cricket throughout the month-long campaign. 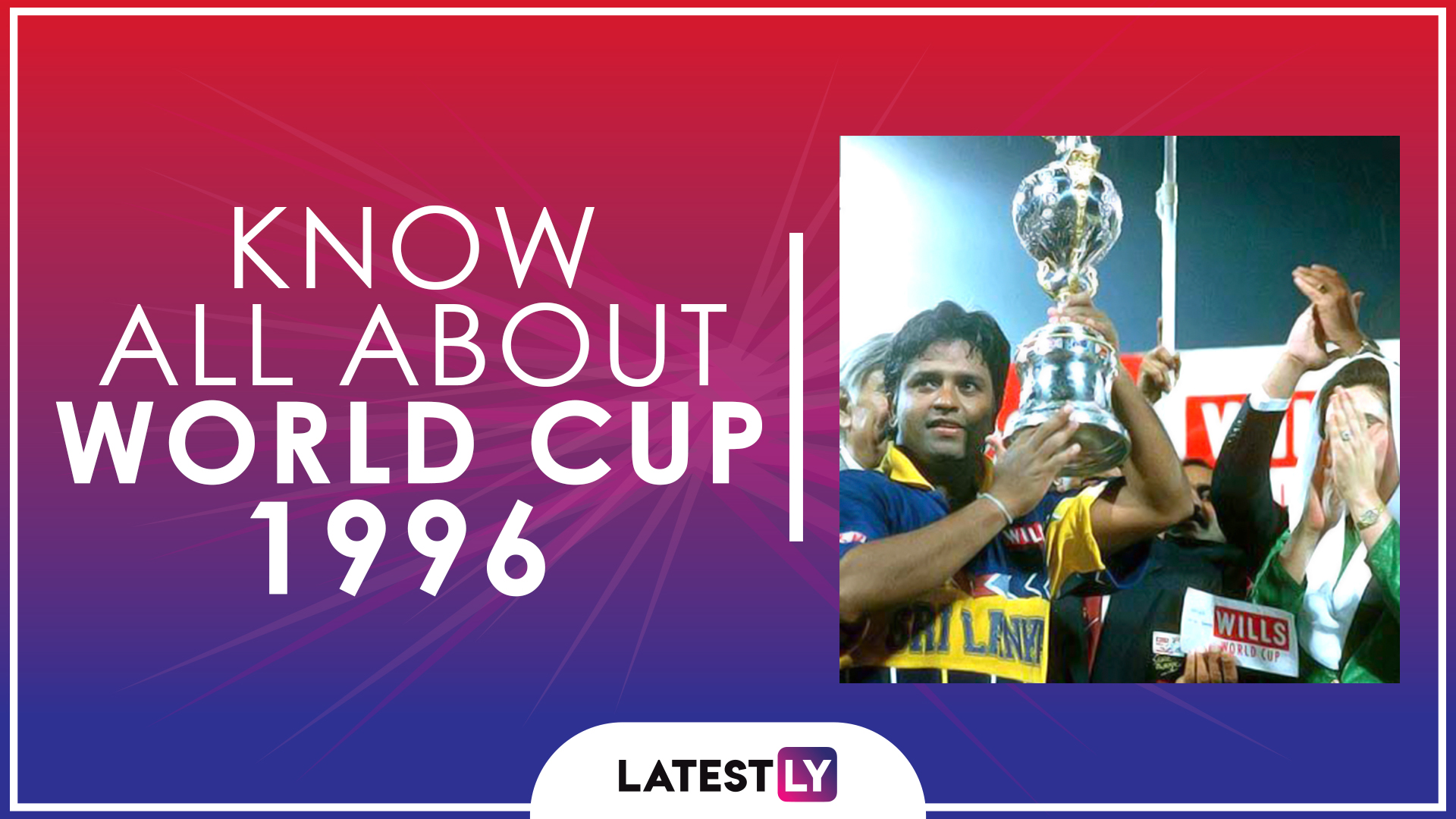 Island nation Sri Lanka not only hosted World Cup cricket along with Indian and Pakistan for the first time but then went on to lift the championship as well in 1996. Led by their talismanic skipper Arjuna Ranatunga and with opening batsman Sanath Jayasuriya in red hot form, the Sri Lankans had a little problem on their way to a first trophy. Their semi-final win over India though was marred by crowd trouble which was the low point of the tournament. 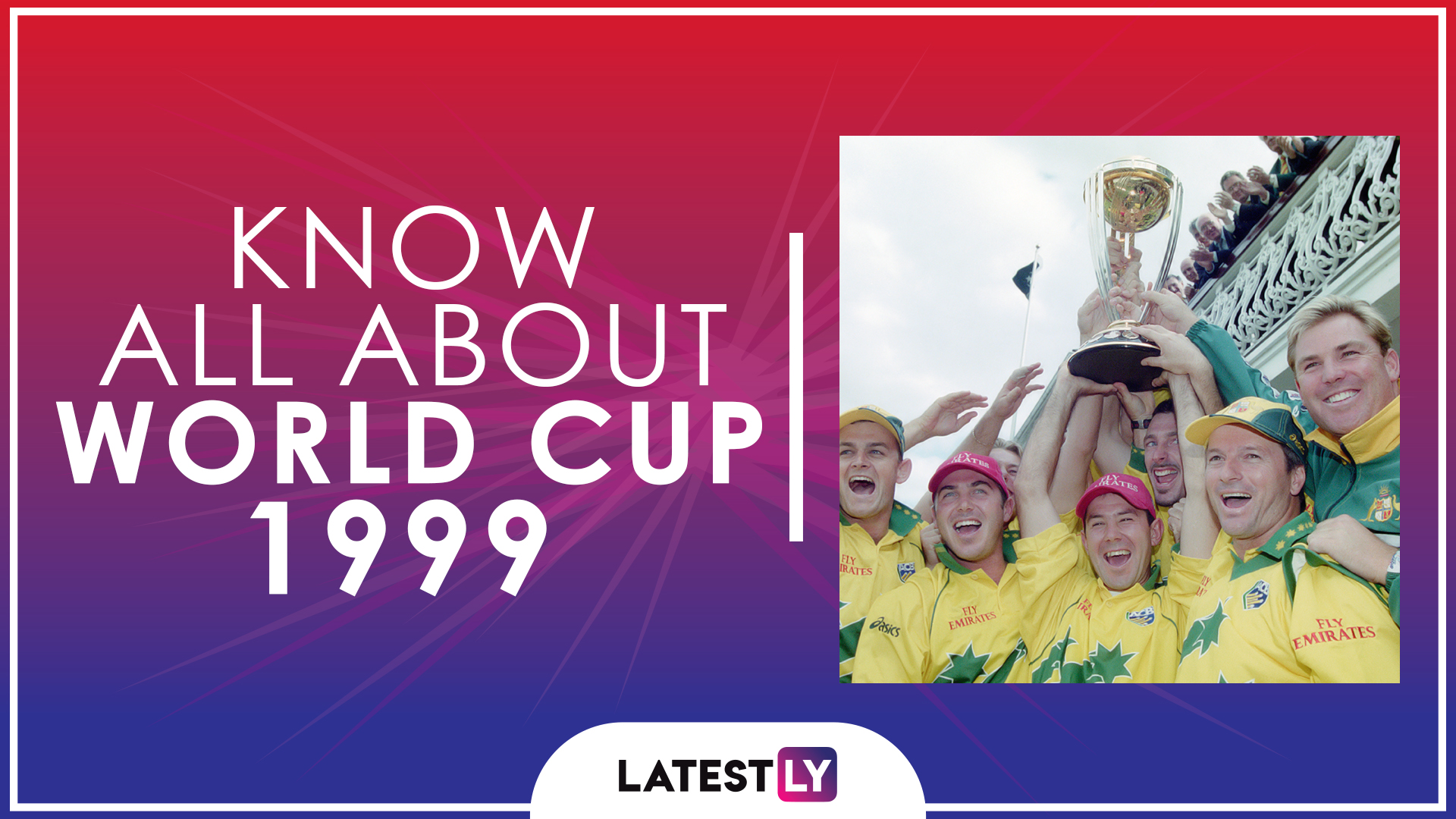 World Cup cricket came back to England after a gap of 16 years as they co-hosted the 1999 World Cup along with Scotland. Bangladesh and Scotland featured in a World Cup for the first time in their history and along with Kenya completed the participating associate teams list. The Australian cricket team under the leadership of Steve Waugh won the tournament and were part of a fascinating tie with South Africa in the semi-finals, which is considered as one of the greatest moments in the history of this competition. 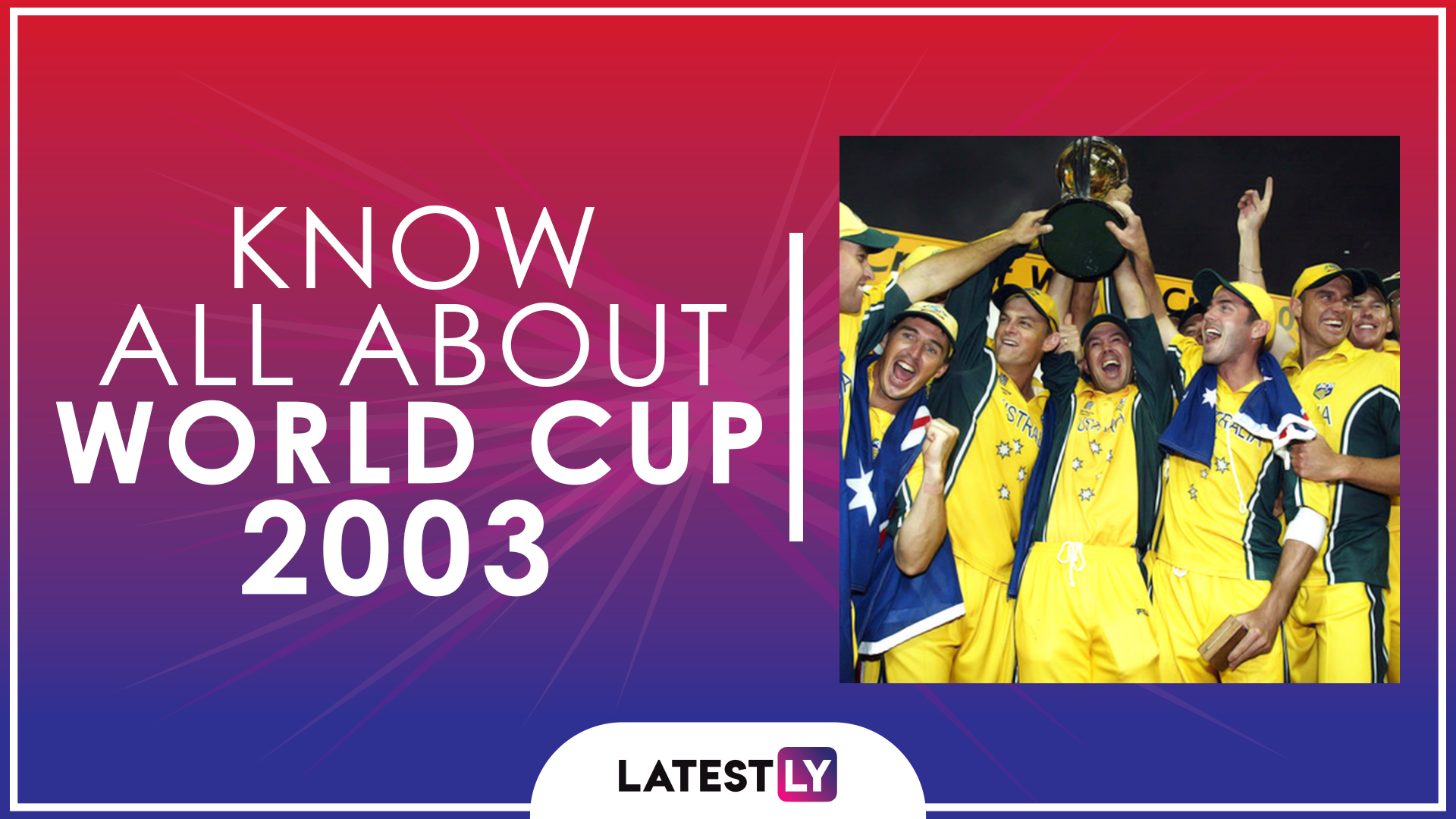 The 2003 World Cup is special in many ways as it was the first time the tournament was conducted in Africa with three nations- South Africa, Kenya and Zimbabwe co-hosting it. Australia clinched its third title with a win over Saurav Ganguly’s India who played some great cricket throughout their campaign. There also has to be a special mention about the Kenyan team that made it to as far as the semi-finals taking everyone by surprise. 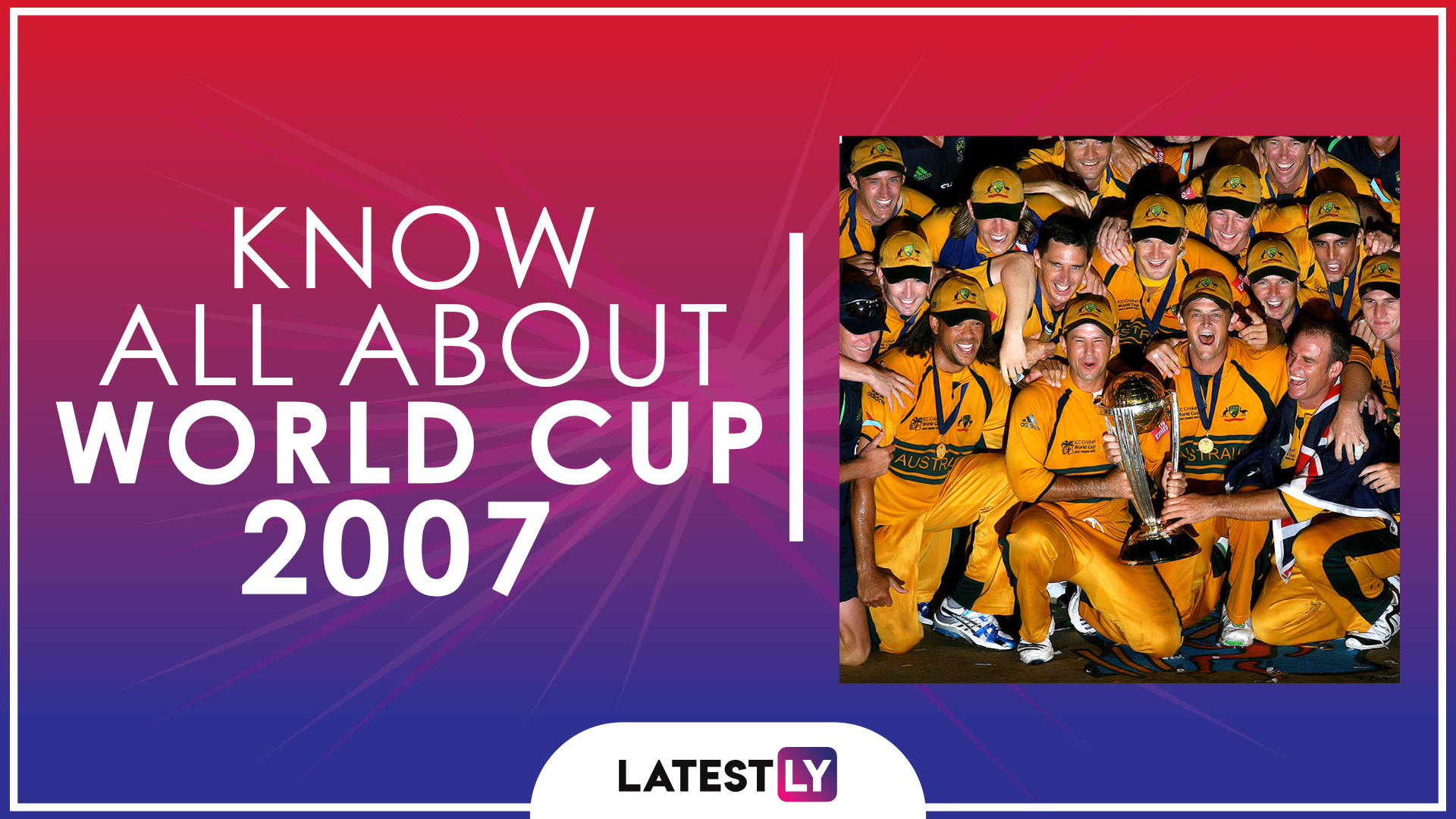 The 2007 World Cup in West Indies was quite an eventful competition involving 16 teams and both India and Pakistan exiting at the group stage. Bob Woolmer’s death, a day after Pakistan getting knocked out had everyone speculating with all sorts of conspiracy theories which turned the focus away from cricket. On the pitch, Australia dominated teams to lift a third straight title and a second under the captaincy of Ricky Ponting. 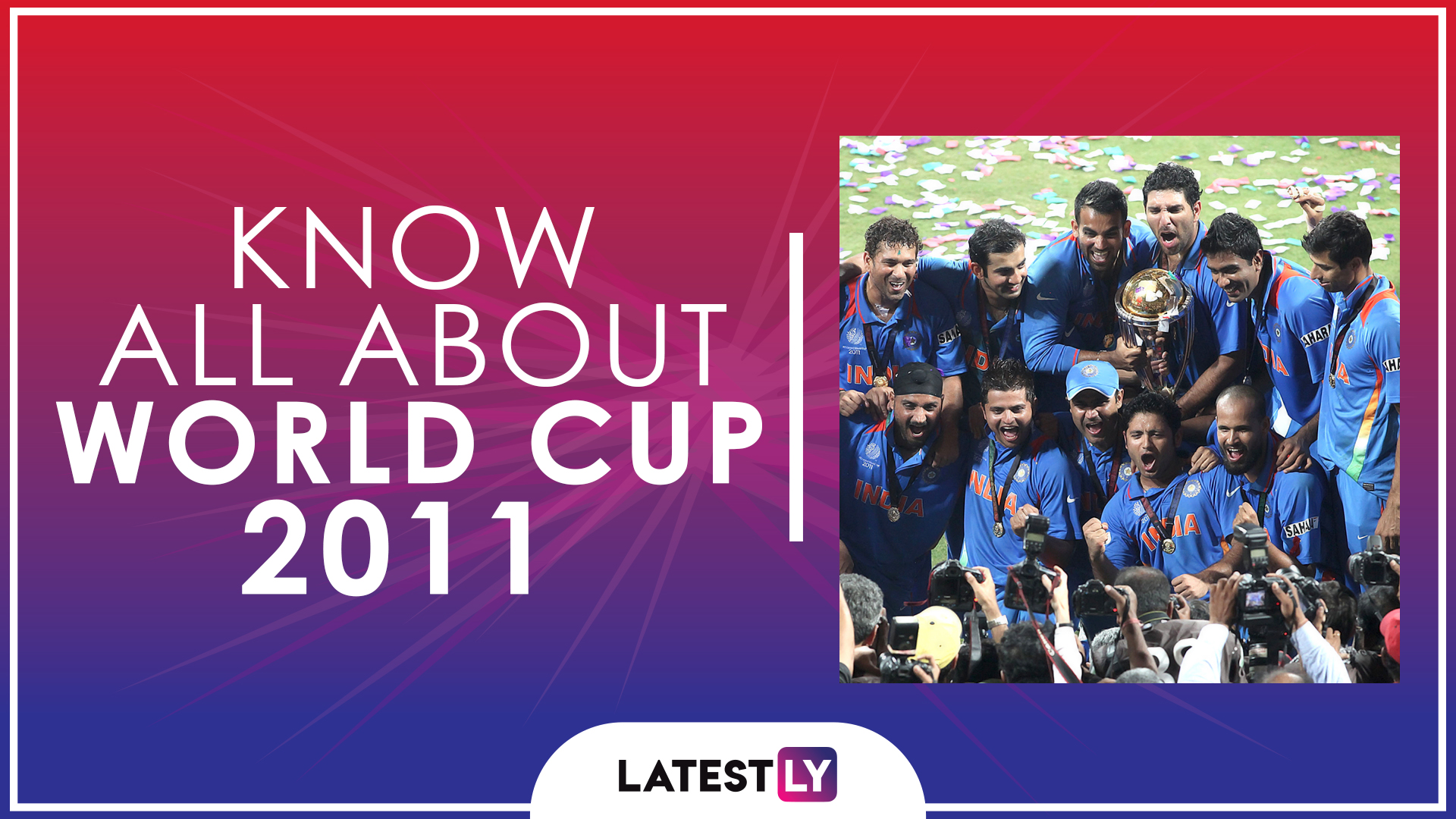 The 2011 World Cup was co-hosted by India, Sri Lanka and Bangladesh and it is the most viewed cricket tournament with a 2.2 billion worldwide viewership. It was cricket legend Sachin Tendulkar’s last World Cup and he finally tasted success in his sixth attempt under the inspiring leadership of MS Dhoni. Yuvraj Singh produced a magical all-round display throughout the campaign to win the player of the series award. 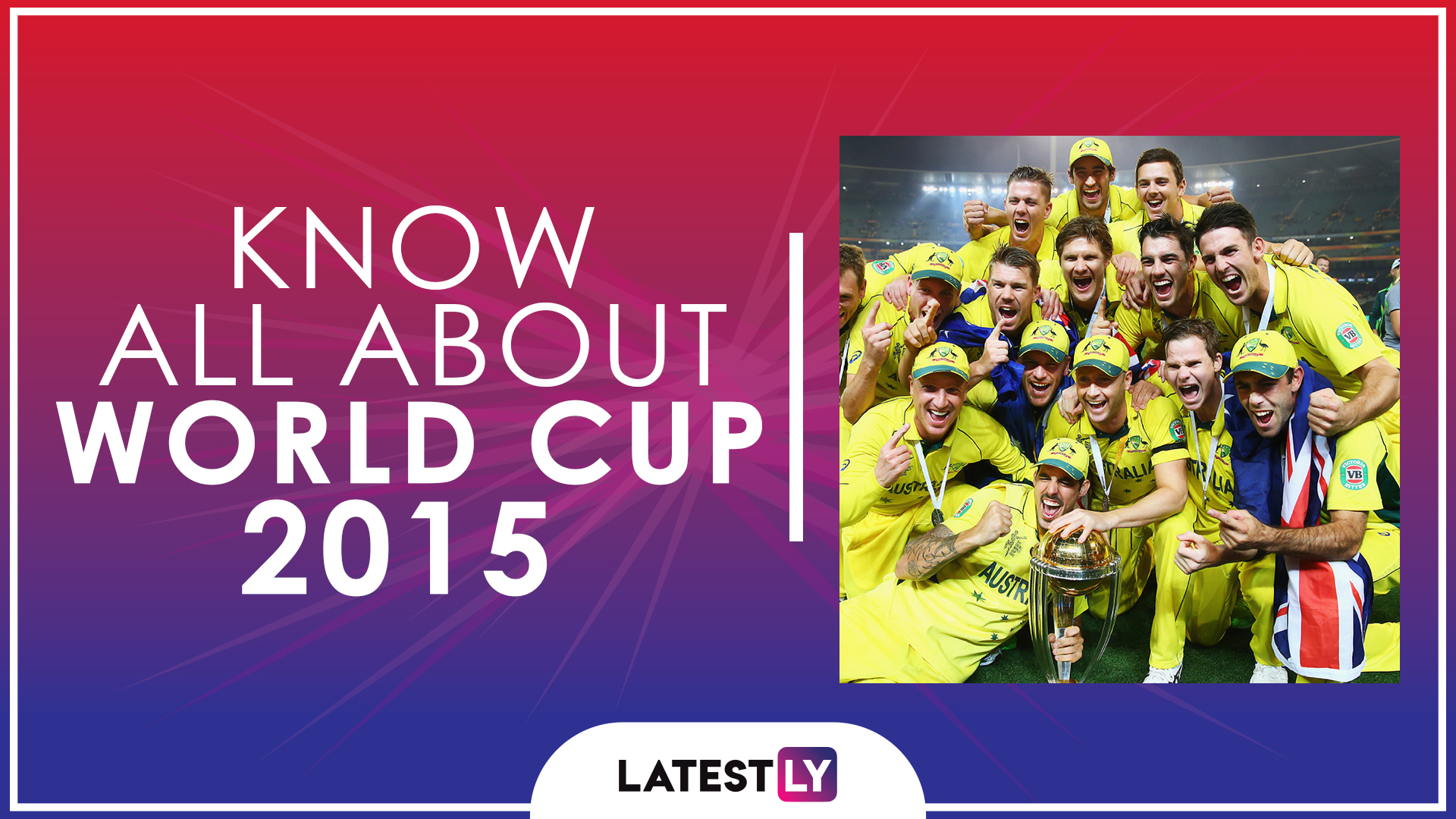 Australia and New Zealand co-hosted the 2015 World Cup for the second time and featured the Afghanistan cricket team who were making their debut. The Oz won the competition defeating the co-hosts New Zealand in the final as the trans-Tasmanian rivals clashed in the final of a major tournament for the first time.

This was the timeline of the 11 World Cups conducted so far and the fans will be hoping the 2019 World Cup in England continues to thrill the audience just like these competitions of the past.

(The above story first appeared on LatestLY on May 15, 2019 05:22 PM IST. For more news and updates on politics, world, sports, entertainment and lifestyle, log on to our website latestly.com).