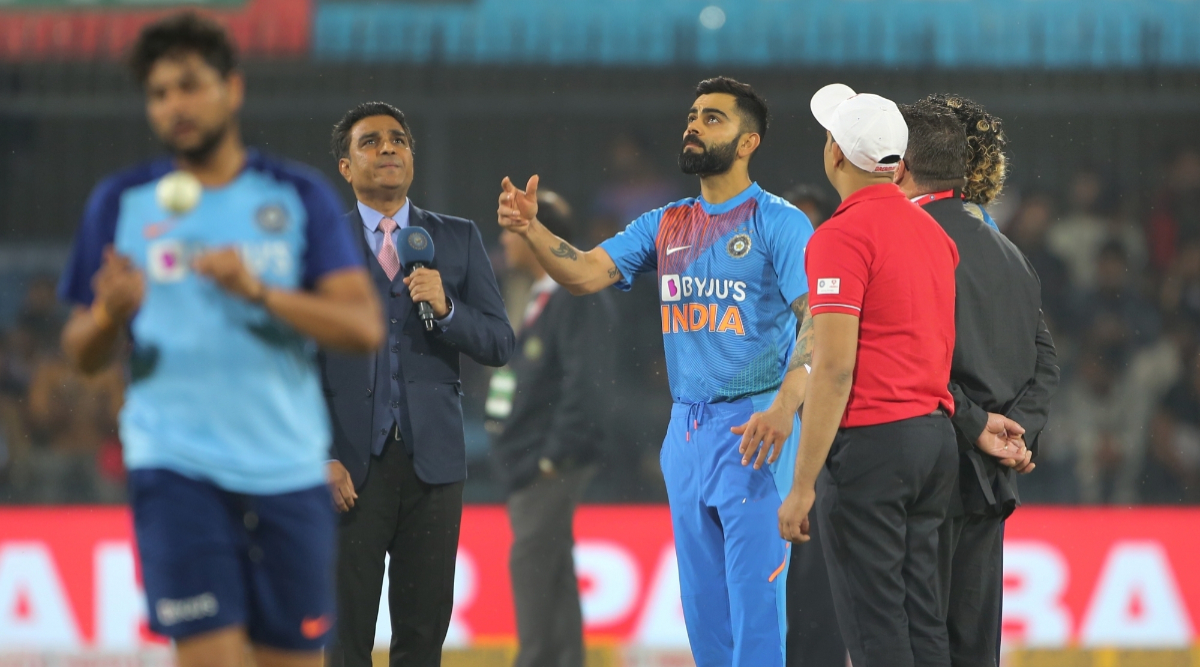 India takes on Sri Lanka in the third and final T20I at the Maharastra Cricket Association Stadium in Pune. India leads the series 1-0 after winning the second T20I in Indore. The first game at Guwahati was washed out. Meanwhile, Sri Lanka have won the toss and have opted to bowl first. The visitors have made a couple of changes to their playing XI that featured in Indore. India, on the other hand, have made three changes as well. Sanju Samson and Manish Pandey have been included in the playing XI. India vs Sri Lanka, 3rd T20I 2020 Live Streaming Online: Get Free Telecast Details of IND vs SL on DD Sports and Hotstar.

After the washout in Guwahati, India dished out a convincing performance to beat Sri Lanka in the second match in Indore. Set a paltry target of 143 runs to win, India achieved it in 17.3 overs with Virat Kohli scoring unbeaten 30 off 17 balls.

Here’s a look at playing XI of both the teams:

The last time India and Sri Lanka met in Pune (2016) in a T20I match, the home side lost the game. India were bundled out for 101 in that game and then Sri Lanka won the match by five wickets.