Know About Priyanka Jha, and The Real Love Story of MS Dhoni - Know About The Character Played By Disha Patani in Retired Indian Captain's Biopic M.S. Dhoni: The Untold Story 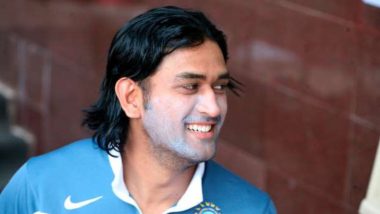 MS Dhoni has always displayed his unemotional side. Under the tensest situation, MS Dhoni has always shown his calm. However, the only time when MS Dhoni got our eyes well up was when he lost his girlfriend Priyanka Jha who had passed away in an accident. The real-life incident was played on-screen by Sushant Singh Rajput. Needless to say that even we cried our hearts out with MS Dhoni in the middle of the street. As MS Dhoni retires we reminisce the moment. The moment crushed our hearts and even our eyes were welling up as he sat right in the middle of the road realising his loss.MS Dhoni’s Wife Sakshi REACTS to His International Retirement Announcement on Independence Day, View Instagram Post!

Like any couple who falls in love, he too fell in love with Priyanka and decided t spend their lives together. But as they say, not every love story is meant to have a fairytale ending, this story also could not have a happy end. The two were going strong and  Mahi got selected for India A squad to tour Zimbabwe and Kenya in 2003-2004. The wicketkeeper-batsman had already shone as a keeper and a batsman and had even played a prolific inning of  362 runs in six innings in the tri-nation tournament. He soon grabbed the attention of former Indian captain Sourav Ganguly and interim coach Ravi Shastri. The team was touring Bangladesh in 2004. The two had met on the plane where his lady love could not recognise him since he was really new. She instead asked him for Sachin Tendulkar's autograph which he requested the Master Blaster and he obliged.

The two exchanged phone numbers and love blossomed. They decided to spend their lives together and even had silent moments away from the public eye. But little did he know that destiny would not allow them to have a happy ending. Priyanka passed away in a car accident and succumbed to her injuries. When Mahi came back, he got to know of the unfateful incident and broke down in tears.

That was one incident that changed Mahi completely. Post this, he succeeded and went on to make India proud but Priyanka remained in his heart. Mahi is now married happily to Sakshi and is blessed with a beautiful daughter. But this incident still looms in our hearts even on the day of his retirement.

(The above story first appeared on LatestLY on Aug 15, 2020 10:06 PM IST. For more news and updates on politics, world, sports, entertainment and lifestyle, log on to our website latestly.com).