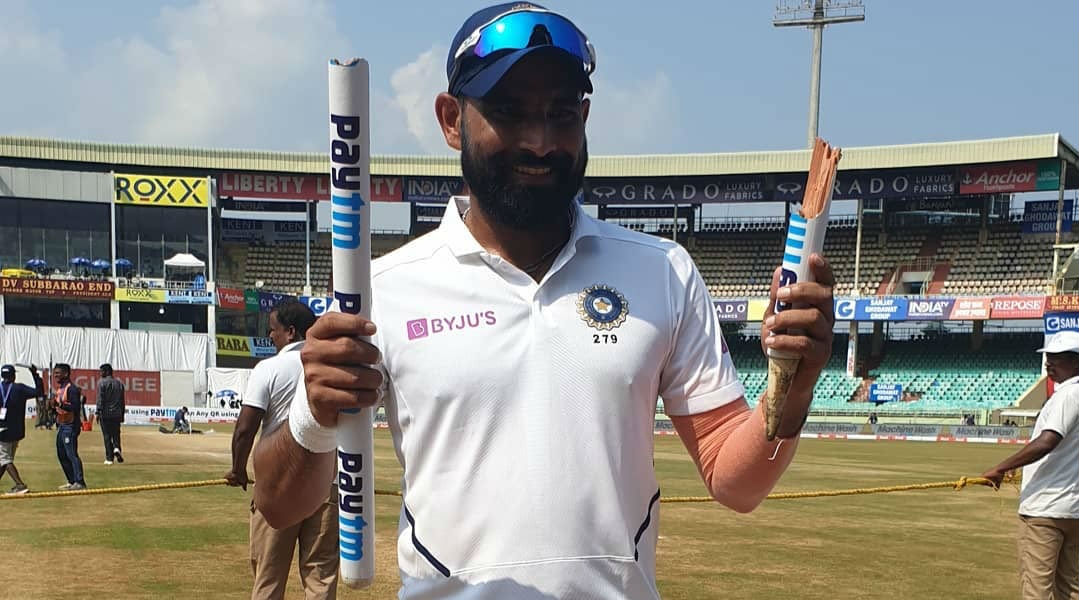 Visakhapatnam, October 6: Speedster Mohammed Shami swooped down upon the South African batsmen on Day 5 of the first Test at the ACA-VDCA stadium here on Sunday, snaring five wickets as India dismissed the Proteas for 191 in the second innings to win the match by 203 runs. IND vs SA 1st Test 2019: Virat Kohli Hails ‘Brilliant’ Rohit Sharma, Mayank Agarwal and Bowlers.

Piedt and Senuran Muthuswamy put up 91 runs for the ninth wicket before Shami was brought back into the attack after a brief gap. He struck with his first ball with Piedt looking to drive a fullish delivery but instead chopping it on to the stumps. One of the stumps was broken and the BCCI put up an image of Shami posing with it at the end of the day's proceedings on their Instagram page.