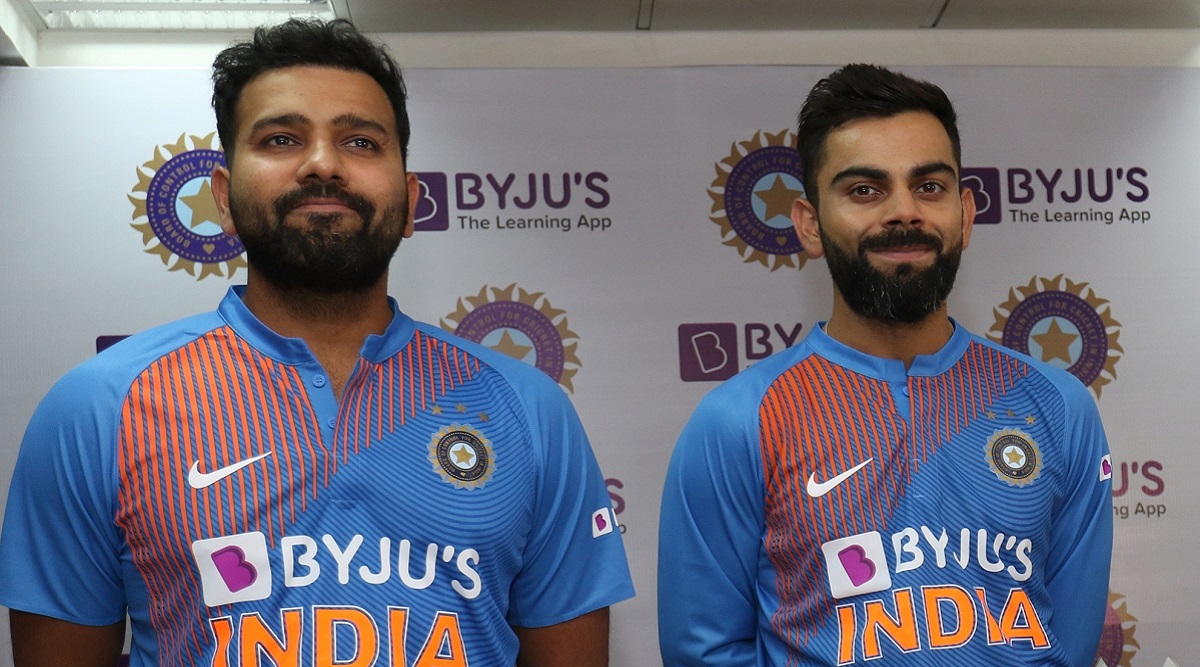 Mumbai, December 12: Virat Kohli and Rohit Sharma, two of India's batting mainstays, have ended 2019 as the joint highest run-getters in T20 internationals. In what was India's last T20I of the year on Wednesday evening, Virat and Rohit came out with exceptional batting performances as the hosts took the West Indies bowlers to the cleaners at the Wankhede and went on to clinch the three-match series 2-1.

Going into the series decider, Virat was one run ahead of Rohit. After West Indies put India to bat first, Rohit scored 71 while the Indian captain scored 70* as a result of which both are tied at 2,633 runs each in T20Is. Virat Kohli, Rohit Sharma Meet 87-Year-Old Team India Fan Charulata Patel After India Makes it to CWC 2019 Semi-Finals With Win Over Bangladesh (Watch Video).

The Indian skipper has accumulated these runs in 75 matches (70 innings) at an average of 52.66. Rohit, on the other hand, needed 104 matches (96 innings) to score the same number of runs at an average of 32.10. While Virat has scored 24 half centuries in his T20I career so far, Rohit has hit 19 fifties.

New Zealand's Martin Guptill sits at the third spot in the list of highest run-getters in T20Is. He has scored 2,436 runs and is followed by Shoaib Malik (2,263) and Brendon McCullum (2,140).

In the third and final T20I, India posted a mammoth total of 240/3 riding on the back of brilliant knocks from Rohit (71), KL Rahul (91) and Virat (70*). During the course of Indian innings, Rohit also became the first Indian batsman to smash 400 international sixes. In reply, West Indies could manage 173/8 in their allotted quota of 20 overs and lost the match by 67 runs. India are now scheduled to play three-match ODI series against West Indies beginning Sunday in Chennai. After that, they will play three T20Is against Sri Lanka in early January next year.