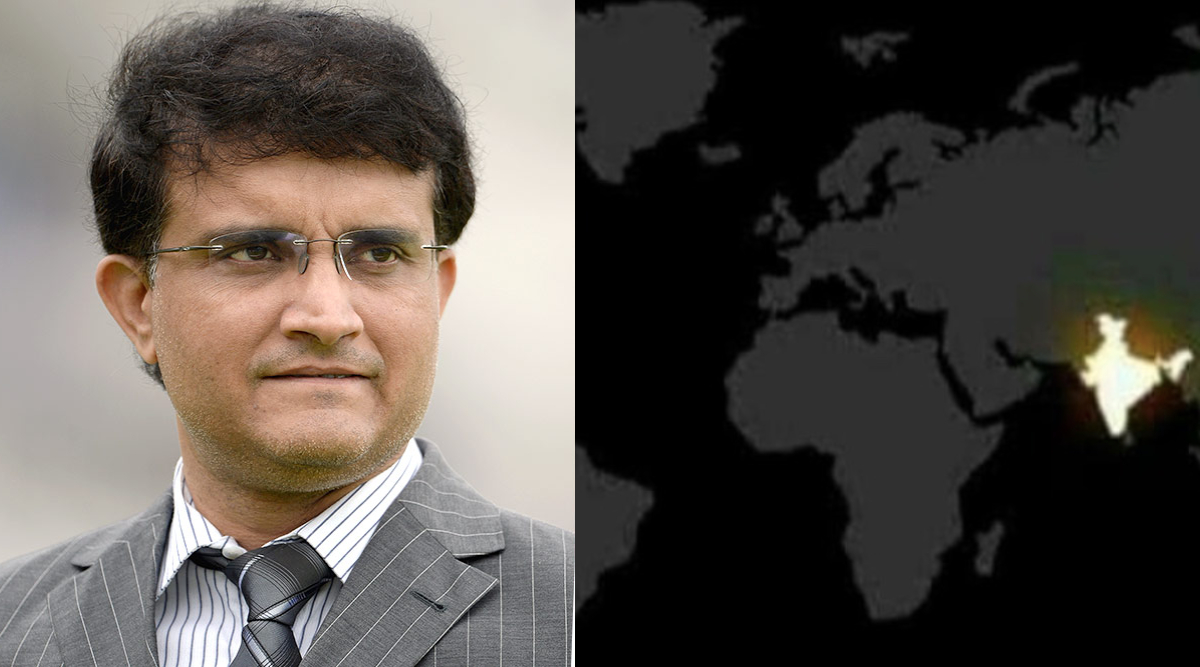 On April 05, at 9 PM for nine minutes, Indians throughout the country switched-off lights and then lighted up candles, diyas and torch lights to show the unity while combating the coronavirus pandemic. Prime Minister Narendra Modi had earlier urged fellow citizens to follow the activity in order to fight the "darkness of coronavirus pandemic". Once clock struck 9 PM, Indians streets and houses lit up with candles and diyas. There were firecrackers as well, which of course, were uncalled for. The netizens took to social media to share pictures and videos to show off the unity. Fake NASA Satellite Pic of India Celebrating Diwali on 5th April 9 PM Reaches Amitabh Bachchan's Twitter Timeline! Big B Falls for it Again.

Just like many other citizens, Board of Control for Cricket in India (BCCI) president Sourav Ganguly also took to social media. He, however, did not post the pictures of listing candles or diyas, instead, the BCCI chief posted a graphic of world map with India dazzling while rest under gloom.

"The world sees us one .. yes we are one .. proud of my country," Dada wrote in the caption of the image shared on his official Instagram account. However, his followers felt that the BCCI President fell for fake NASA satellite photo of Diwali in India. "‘Fake’ NASA Satellite Images of India During ‘Diwali’ Go Viral Following PM Modi’s Successful #9PM9Minutes Initiative on April 5. 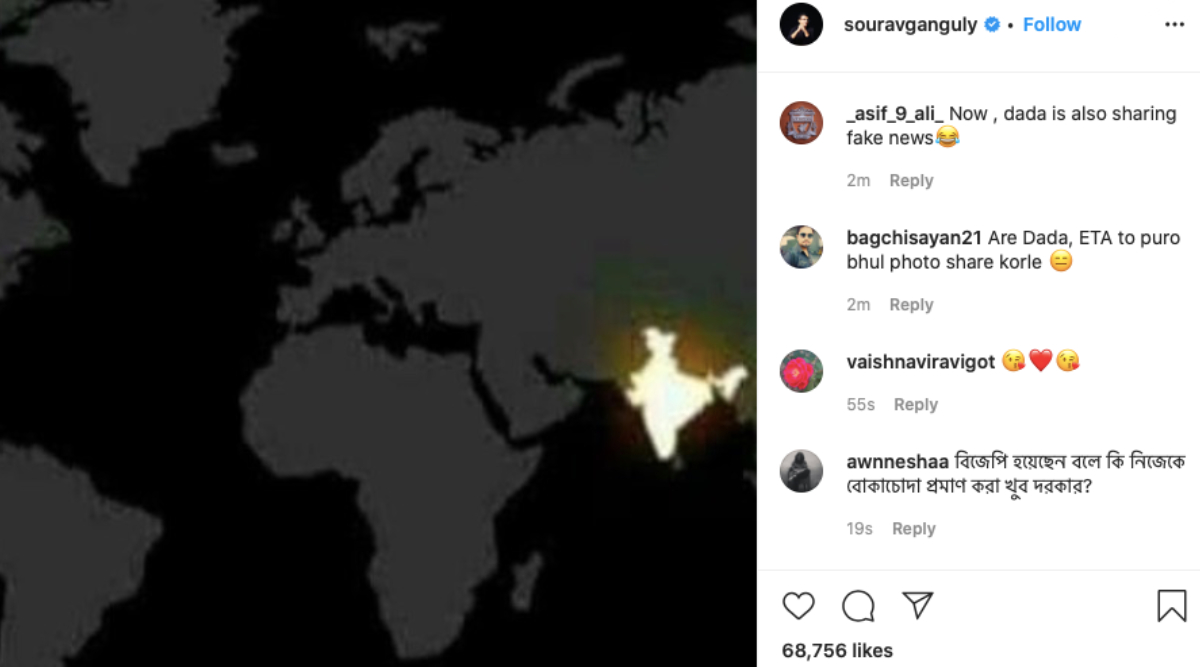 Here are Some of the Comments on Sourav Ganguly's Post 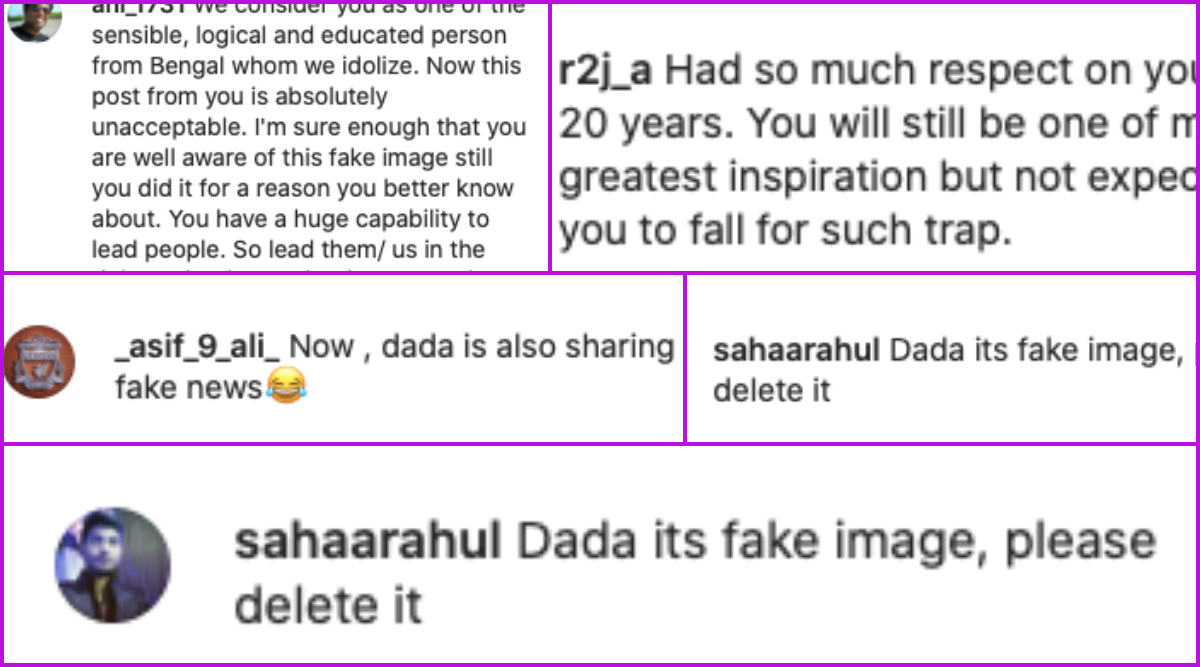 However, some of his followers pointed out that Dada just shared the image symbolically and he never mentioned it was from NASA. "How dumb is the Netizens.. it's only give symbolic representation to India.. It's not how world looks at night.....from space... I am dada fan," read a fan's comment on Ganguly's post. There are many similar comments on the post, defending Ganguly.