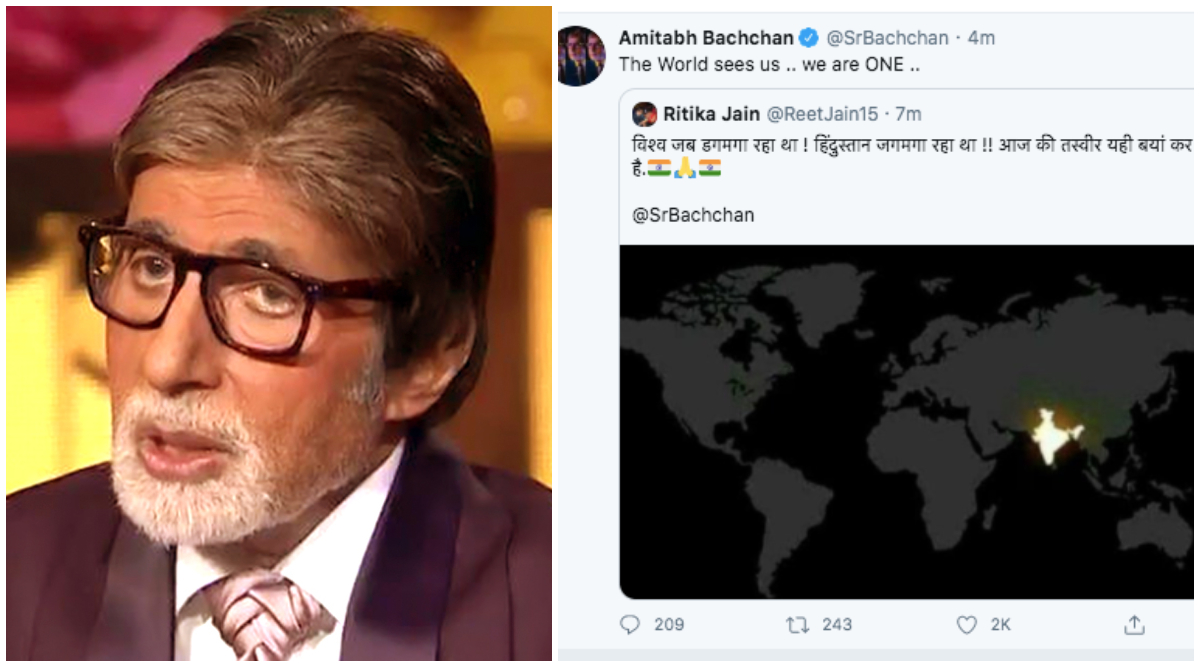 The coronavirus pandemic has put India on a 21 day lockdown until April 14. Recently, Prime Minister Narendra Modi appealed to Indian citizens to shut their lights and put candles and Diyas on Sunday, April 5, so as to stand united against this darkness brought forth by COVID-19 outbreak. While several celebrities and citizens took part in this initiative, it didn't take long enough for fake WhatsApp forwards to spread online and guess what? Once again Amitabh Bachchan fell prey to some ugly fake news as he tweeted a fake NASA satellite image showing India all lit up as if celebrating a festival of lights. The actor shared the picture and wrote, "The World sees us .. we are ONE .."‘Fake’ NASA Satellite Images of India During ‘Diwali’ Go Viral Following PM Modi’s Successful #9PM9Minutes Initiative on April 5.

Unfortunately, Big B hadn't seen the fact check which revealed that this and several other images claimed to be NASA property were actually fake. Of course, this is not the first time this has happened with Mr Bachchan and one would think he would be a little more careful the next time. The same image is being shared on WhatsApp, Facebook and several other social media platforms but they are all fake messages. Amitabh Bachchan’s Love for Fake News and Videos: From Morphed Golden Temple Picture to Coronavirus WhatsApp Forward, 5 Times Bollywood Legend Got Deceived By False Info!

Check Out the Screengrab of Amitabh Bachchan's Tweet Here: 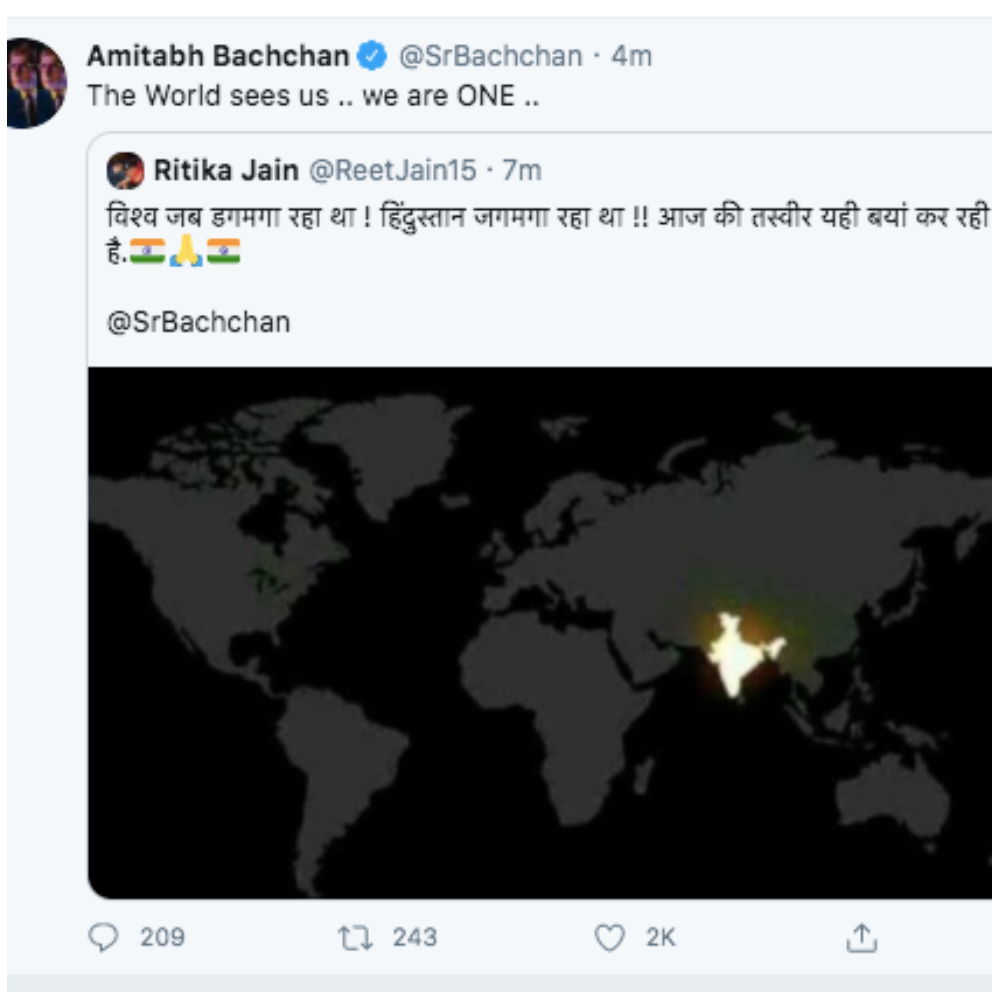 Previously too, during Janata Curfew held on March 22 when PM Modi had asked people to show gratitude towards the medical staff by clapping, the actor had shared a fake WhatsApp forward on Twitter that made some of them believe that clapping killed bacteria as it as also 'Amavas'. Well, we this yet another instance of Mr Bachchan falling prey to a WhatsApp hoax and we certainly hope that it doesn't happen again!