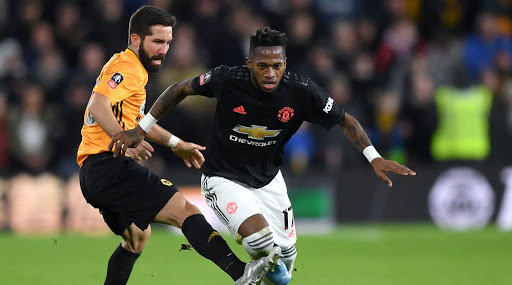 Manchester United (MUN) will take on Wolves (WOL) in the 3rd round replay matches of the FA Cup 2019-20. MUN vs WOL match will be played at Old Trafford on January 15, 2020 (late Wednesday night). The two teams met earlier in the month at the Molineux Stadium where they played out a goalless draw. United are winless against Wolves in five games since a 5-0 win back in 2012. For fans of Dream11 fantasy game, here are some tips and team suggestions so you can build a strong team for the Manchester United vs Wolves clash in FA Cup. Manchester United Defender Victor Lindelof Records Amazing Feat in Premier League 2019-20, Hasn't Been Dribbled Past Yet!

The record English champions have no new injury concerns but manager Ole Gunnar Solskjaer has admitted that there are question marks over the availability of Marcus Rashford, Luke Shaw and Ashley Young. The United forward was withdrawn in the second half against Norwich while Shaw is suffering from illness and Ashley Young was deemed not fit enough to start on the weekend. Meanwhile, Nuno Santo will be without the services of Diogo Jota and Willy Boly as both of them are recovering from injuries. Manchester United Transfer News Updates: Sporting Lisbon Playmaker Bruno Fernandes and Red Devils Agree Personal Terms.

Manchester United vs Wolves, FA Cup 2019-20, Dream11 Team Prediction: Goalkeeper – Sergio Romero (MUN) will be the first name on the team sheet and should be in your team as well.

Manchester United vs Wolves, FA Cup 2019-20, Dream11 Team Prediction: Midfielders – Juan Mata (MUN) will be the main creative option for United and should be your vice-captain. The other midfielders in your team should be Nemanja Matic (MUN), Adama Traore (WOL), Joao Moutinho (WOL) and Ruben Neves (WOL).

Manchester United vs Wolves, FA Cup 2019-20, Dream11 Team Prediction: Forwards – Raul Jimenez (WOL) should be selected as your captain and the remaining slot should be filled by Mason Greenwood (MUN).

This is the first time since the 2012-13 season that United are playing in an FA Cup third-round replay. The Red Devils will go in this match full of confidence knowing the fact that Wolves are without a win in their last 10 visits at Old Trafford and have lost nine of their previous 10 FA Cup away third-round replay.