Asus Zenfone 5z comes in 3 variants which gets a starting price of Rs. 29,999 that is available for sale in India via flipkart. 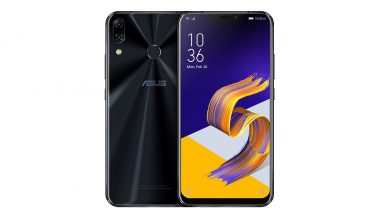 Unveiled in the Indian market last week, the new Asus Zenfone 5z is now available for sale exclusively on Flipkart. Priced from Rs. 29,999, the newly launched flagship smartphone competes against the rivals such as Honor 10 and OnePlus 6. As a reminder, the smartphone was revealed at MWC 2018 which held earlier this year in Barcelona. The Taiwanese smartphone making has managed to keep the prices of the smartphone very competitive compared to its immediate rivals. The flagship model also features an iPhone X like a notch on the display giving it an attractive appeal. Asus Zenfone 5z Flagship Smartphone Launched in India at Rs. 29,999; Online Sale on 9 July Exclusively via Flipkart.

As far as the prices are concerned, the entry-level variant of the Asus Zenfone 5z with 6GB of RAM and 64GB of internal storage gets a price tag of Rs. 29,999. On the other hand, the remaining two variants - 6GB RAM + 128GB ROM & 8GB + 256GB are priced at Rs. 32,999 and Rs. 36,999. All the three variants are available for sale only on Flipkart. As a part of the launch offer, the company is offering flat Rs. 3000 discount on the smartphone when purchased via ICICI debit or credit cards. The e-commerce giant is also offering 'Complete Mobile Protection' at Rs. 499 with no-cost EMI starts from Rs. 3333 per month. Moreover, Jio is also offering cashback of Rs. 2200 along with 100GB of additional 4G data. Samsung Opens World&'s Largest Mobile Factory in Uttar Pradesh's Noida.

Asus Zenfone 5z packs a 5.2-inch full-HD+ Super IPS+ display with a resolution of 1080x2246 pixels and 18.7:9 aspect ratio. Moreover, the Corning Gorilla Glass protection safeguards the screen. Running on ZenUI 5.0 which is based on Android Oreo 8.0, the smartphone comes powered by a Qualcomm Snapdragon 845 SoC which is mated to an Adreno 630 GPU and up to 8GB of RAM. In the camera department, the handset packs a dual rear camera setup comprising a 12MP Sony IMX363 sensor with f/1.8 aperture and OIS and an 8MP OmniVision 8856 sensor with a fixed focus, f/2.2 aperture and a single LED flash. Upfront, the handset also comes with an 8MP OmniVision 8856 sensor for selfies and video calling. As far as the dimensions are concerned, the handset measure 153x75.6x7.7mm and it packs a 3300 mAh battery with Quick Charge 3.0 compatibility.

(The above story first appeared on LatestLY on Jul 09, 2018 10:46 AM IST. For more news and updates on politics, world, sports, entertainment and lifestyle, log on to our website latestly.com).