Bitcoin swindlers are now targeting iPhone and Android users through popular dating apps, such as Bumble and Tinder, charging hundreds of thousands of dollars in fake "profit tax" to unlock their crypto accounts, cyber-security researchers warned on Monday. 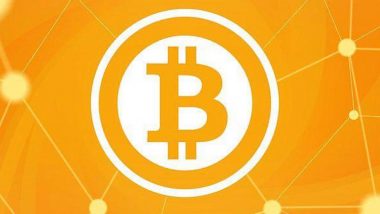 In one case, a victim was charged $625,000 to regain access to the $1 million he had invested in a fake crypto-trading scheme, recommended by someone he had met on an online dating platform. The dating "friend" then claimed to have invested some of their own money to bring their joint stake up to $4 million.

According to the scammers, their investment made a profit of $3.13 million, and they were liable for a 20 per cent profit tax, or $625,000, if they wanted to access their account to withdraw funds. In fact, neither the co-investment nor the profits were real, and the online "friend" was part of the scam, according to Sophos report.

When victims tried to withdraw their investments from one of the fake trading schemes, their accounts were frozen and were charged up to hundreds of thousands of dollars in fake "profit tax" to regain access.

The scammers attract targets through fake profiles on legitimate dating sites and then then try to persuade the target to install and invest in a fake cryptocurrency trading app. The apps are usually installed as web clips and are designed to closely resemble legitimate, trusted apps.

"According to victims of this scam who contacted us after our earlier articles, the 20 per cent aprofit tax' is only mentioned when they try to withdraw their funds or close the account," said Chandraiah.

Victims who struggle to pay the tax are offered a loan. There are even fake websites that promise to help people recover their funds if they've been scammed.

"In short, whichever path the increasingly desperate victims go down to try to get their money back, the scammers are there waiting for them. People tell us they have lost a lifetime's savings or their retirement funds to the scam," the report mentioned.

The research also found a few cases where the CryptoRom operators had approached targets directly via WhatsApp and SMS messages, probably using stolen information. According to Sophos, the fraudsters are misusing Apple's TestFlight feature that allows for a limited group of people to install and trial a new iOS app and go through a less stringent Apple review process.

(The above story first appeared on LatestLY on Mar 28, 2022 04:57 PM IST. For more news and updates on politics, world, sports, entertainment and lifestyle, log on to our website latestly.com).