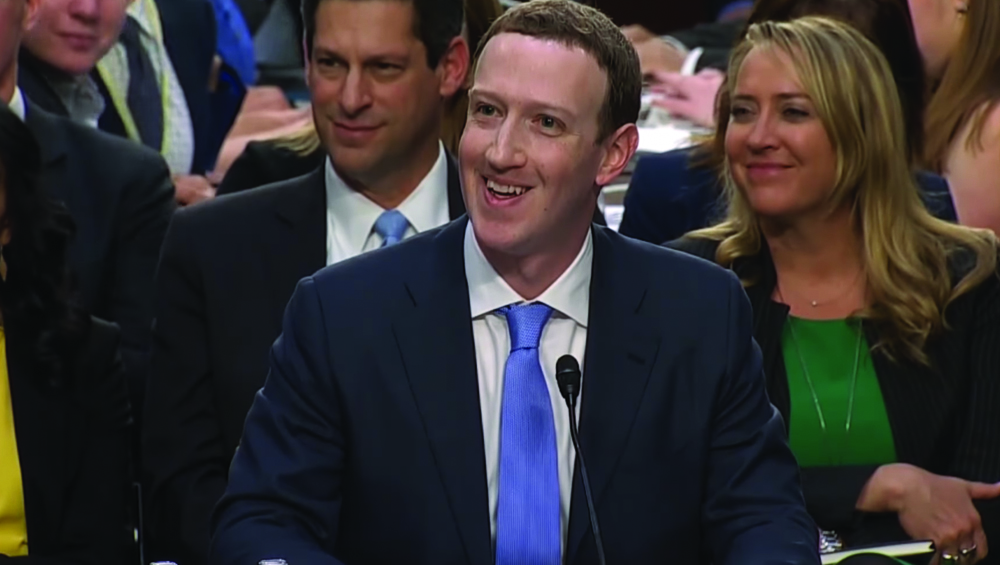 San Francisco, February 20: Call it bizarre but Facebook CEO is so consumed by his public image that he has a dedicated staff that "blow dry his armpits' before he makes an appearance on stage to address the audience. According to "Facebook: the Inside Story," an upcoming book written by Wired's Steven Levy, Zuckerberg is apparently obsessed with his public appearance. "A communications exec is shown blow-drying the CEO's armpits before speaking appearances to eliminate anxiety sweat," claimed the book.

Zuckerberg reportedly appears to be "consumed by his public image" and that's when he decided to call his staff to blow-dry his armpits, according to a book review done Bloomberg News' Austin Carr. Sacha Baron Cohen Takes a Dig at Facebook Creator Mark Zuckerberg for Spreading 'Nazi Propaganda' With a Powerful Statement at Golden Globes 2020 (Watch Video).

"I doubt this is true and if so it would have been at our communications team's request, but surely anyone who has ever worn a grey T-shirt can relate," Facebook spokesperson Liz Bourgeois told Business Insider.

The revelation took the social media by storm. Sarah Frier who is a reporter with Bloomberg tagged Twitter CEO Jack Dorsey on this: "I'm guessing @jack has never needed this service from you?" Dorsey replied: "I haven't, but I'd be happy to provide that service for anyone on our comms team if needed".