Give Up Your Smartphone For a Year and Win Rs 71 Lakh in This Contest! Know How to Apply 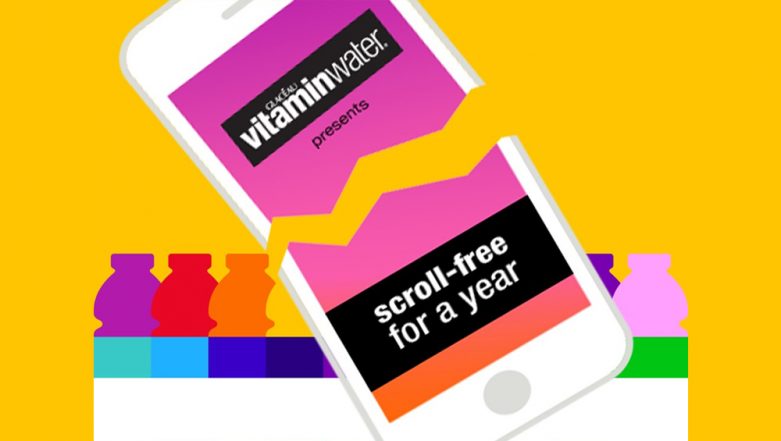 Give up your smartphone contest and win big cash prize (Photo credits: Twitter)

We are so dependent on our phones, rather a new term being coined called the smartphone generation. Just not feeling the phone in our pocket/bag can give us a mini heart-attack. And day by day the dependency on our phones is growing, from kids to the elderly all have their eyes pinned to the screens. Now to reduce this very dependency, a brand has launched a campaign which asks people to give up their smartphone for a year! Vitaminwater, a Coca-Cola owned brand will give a whopping amount of $100K which amounts to Rs 71 lakh as the prize if you manage to completely stay off your phones for one whole year! Good Bet? Smartphone Addiction Survey: Nearly 70% Teenagers Wish to Curb Mobile Phone's Usage.

Smartphone usage has reached the level of addiction and to get people off the habit the company is offering such a huge amount as a return. Checking for notifications or just randomly scrolling through social media, accessing news or playing games, the smartphone device has become no less than a magnet. Even kids and school children are owning not the basic models but advanced smartphones, despite having no real need as such. The Side Effects of Smartphone Addiction: How Too Much Texting Can Cause Text Neck Syndrome.

we tried to get Brandon to make this deal, but he is too busy – will you turn off your phone for a year instead? #NoPhoneForAYear #contest https://t.co/RVTF0gytnv pic.twitter.com/wFFTXl0PBX

How To Apply For This Contest?

Giving up your smartphone for the duration of the contest also means that you will not use somebody else's. The basic demand is to be completely off your phone. Other instructions include to be a legal citizen of the United States and be older than 18 years of age owning a smartphone. The company will carefully pick and choose the bunch of participants. They will consider the factors of originality, brand relevance, humor and quality of the submission. If you have been using a smartphone for your work, then you are not eligible to participate.

And if you are already imagining going back in the era of the Stone Age then no, you will have an access to a basic phone which can make and receive calls. To add more to your comfort, you will have access to Google Home, Amazon Echo and your laptop, desktops use is allowed. To ensure that you do not cheat in any way, the company will keep the participants under strict surveillance. There will be a lie detector test to ensure that the person is telling the truth about their smartphone usage. Will be you be severely punished if you are caught using the smartphone? No, you will simply be eliminated and you can go back to using your phone and miss out on the hefty cash prize.

The company will select the participants from Facebook and Instagram depending upon how creative is your entry. The person will have to state how will they use their time while they stay away from their smartphone. The entries have to be submitted before January 8, 2018. The company will finalise the participants by January 22 and participants will have to sign a contract about not using a smartphone for the next year. Are you game for this, then you should start applying as the entries have already begun! If you think you can stay without your phone for a year then do try your luck here.