Google, the global tech giant officially made announcements at its I/O 2021 virtual event. Android 12 Beta 1 is now available for download on Google Pixel3, Pixel 3a, Pixel 3XL, Pixel 3a XL, Pixel 4, Pixel 4 XL, Pixel 4a, Pixel 4a 5G and Pixel 5. 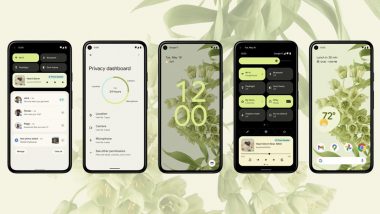 Google, the global tech giant officially made announcements at its I/O 2021 virtual event. The main highlight of the annual developer conference was the announcement of Android 12 OS. In addition to this, Google made other announcements too including privacy options, Google Photos, Google Lens new feature, Google AR, MUM (Multitask Unified Model) for search, Google Maps, WearOS with Samsung, Project Starline, Google Features for Next Galaxy Watch and more. Google I/O 2021: CEO Sundar Pichai Lays Down Roadmap for Future of Work for Millions Across the Globe.

Coming back to Android 12 OS, the company announced it with a redesigned user interface and enhanced privacy settings. Android 12 beta operating system's new interface is based on a design language called Material You.

Day 1 of #GoogleIO was one for the books! Didn’t catch the livestream? No worries - we have everything you missed here. https://t.co/6fSGCv2KOz

The company revealed that the stable update of the new operating system will be available later this year. Users can experience several key features of it by downloading the first public beta of Android 12 on their smartphone. 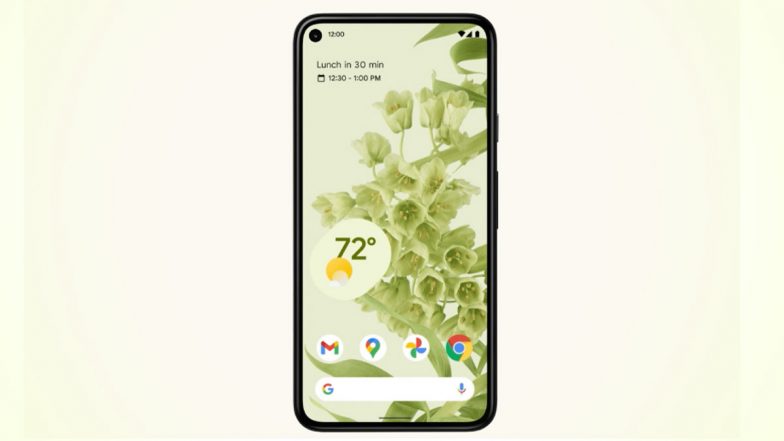 Android 12 Beta 1 is now available for download on Google Pixel3, Pixel 3a, Pixel 3XL, Pixel 3a XL, Pixel 4, Pixel 4 XL, Pixel 4a, Pixel 4a 5G and Pixel 5. To install the OS, you need to enrol your device from the Android 12 beta website even if you previously enrolled in the Android 11 Beta program. After the enrollment, Android 12 Beta 1 will be available for download on your device. You can also manually check by heading over to 'Settings' > 'System' > 'System Update' > 'Check for Updates'. 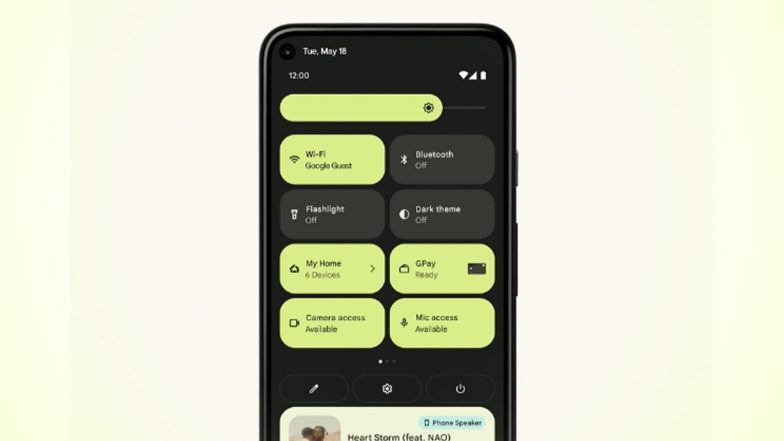 (The above story first appeared on LatestLY on May 19, 2021 01:33 PM IST. For more news and updates on politics, world, sports, entertainment and lifestyle, log on to our website latestly.com).