Google, the global tech giant officially launched its Pixel Buds A-Series truly wireless earphones. A couple of months ago, these earbuds were leaked online and expected to be launched along with the highly anticipated Pixel 5a phone. The truly wireless earbuds are priced at $99 (approximately Rs 7,226) and much more affordable as compared to the standard Pixel Buds which cost $179 (approximately Rs 13,000). Google Pixel Buds A-Series is are now available for pre-orders in the United States and Canada via Google Store and the first sale will commence on June 17, 2021. Google Accidentally Revealed Pixel Buds A-Series on Twitter: Report.

The Pixel Buds A-Series looks similar to the regular Pixel earbuds and the company has just tweaked the design by integrating soft ear hooks to make them look smaller. 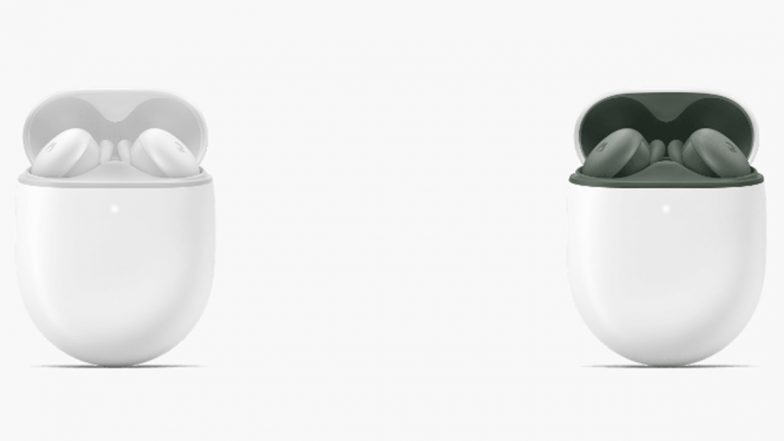 👂 Stay comfortable with a flush-to-ear design

In terms of sound, it comes with the same sound quality as last year's Pixel Buds. The new earbuds get support for hands-free 'Hey Google' voice commands and are IPX4 water-resistant. 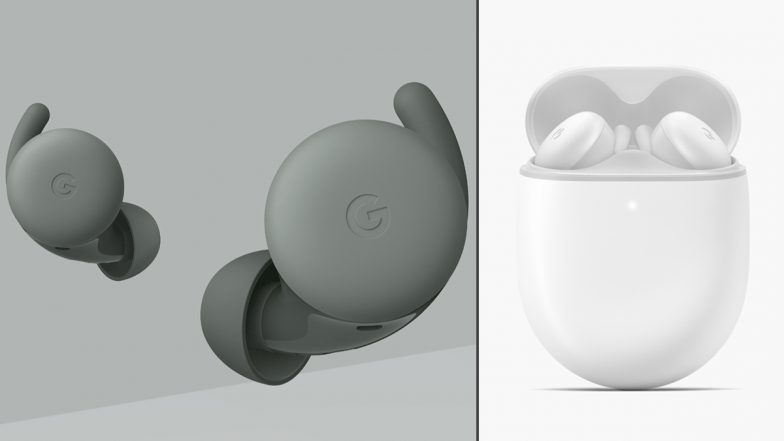 The company claims that the new Pixel Bids A-Series can last up to 24 hours with a charging case and up to five hours on a single charge. Google's new earbuds miss out on wireless charging support and no swipe control for volume but they do come with improvements such as connectivity bugs and increased volume. Pixel Buds A-Series will be offered in Olive Green or White and Grey colour options.

(The above story first appeared on LatestLY on Jun 04, 2021 11:09 AM IST. For more news and updates on politics, world, sports, entertainment and lifestyle, log on to our website latestly.com).