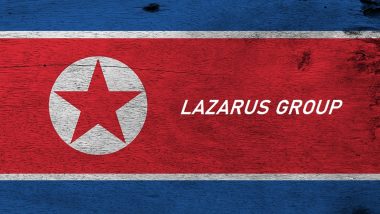 "A signed Mac executable disguised as a job description for Coinbase was uploaded to VirusTotal from Brazil. This is an instance of Operation by Lazarus for Mac," the ESET researchers posted in a tweet.

The fake job emails have an attachment containing malicious files that can compromise both Intel and Apple chip-powered Mac computers.

"Malware is compiled for both Intel and Apple Silicon. It drops three files: a decoy PDF document, a bundle and a downloader," warned researchers.

The Mac malware campaign is new and not part of previous Lazarus campaigns. This time, "the bundle is signed July 21 (according to the timestamp) using a certificate issued in February 2022 to a developer named Shankey Nohria. The application is not notarised and Apple has revoked the certificate on August 12," the researchers noted.

The Lazarus Group has perpetrated several large cryptocurrency thefts totalling over $2 billion, and has recently turned its attention to Decentralised Finance (DeFi) services such as cross-chain bridges, according to London-based blockchain analysis provider Elliptic. The same group is believed to be behind the $540 million hack of Ronin Bridge.

(The above story first appeared on LatestLY on Aug 22, 2022 11:55 AM IST. For more news and updates on politics, world, sports, entertainment and lifestyle, log on to our website latestly.com).