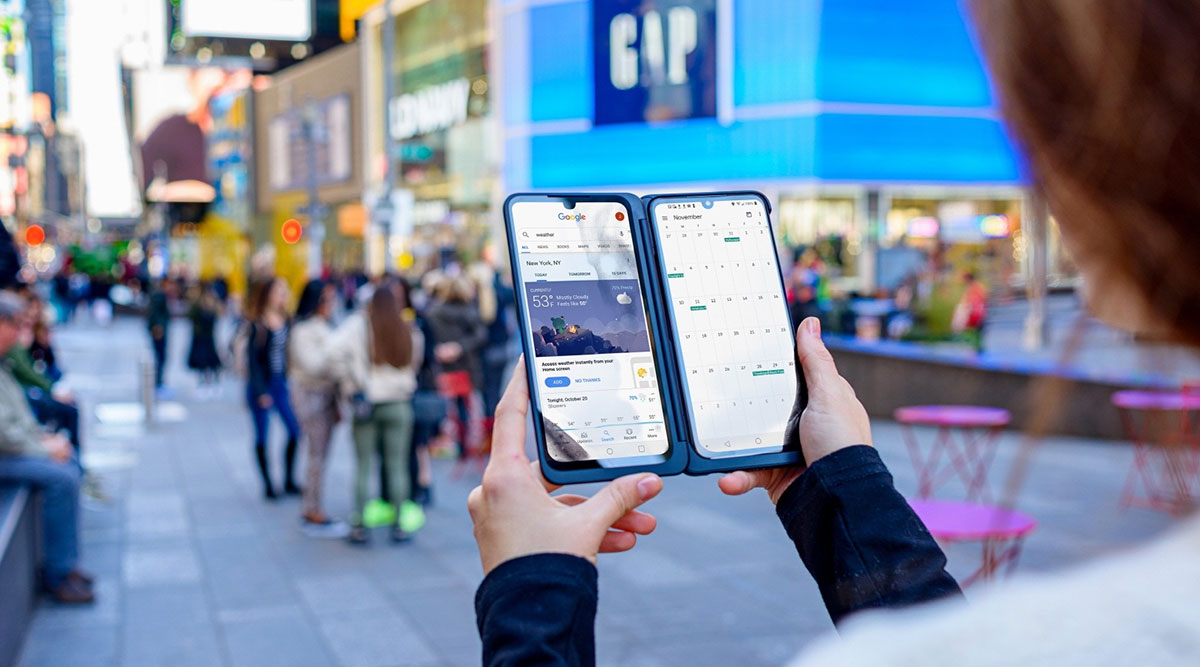 The device houses a 12MP standard and a 13MP super wide camera at the back along with a 32MP front camera. According to the company, the device features two 1.2W speakers which aims to deliver bold, balanced stereo sound while the 32-bit Hi-Fi Quad DAC tuned by Meridian Audio for better smartphone sound. On the recording end, the phone features a microphone which is automatically turned up when capturing video to ensure that sounds are recorded in vivid detail for the most captivating, Autonomous sensory meridian response (ASMR) recordings. LG Reportedly Working on New Smartphone With Rollable Display

Additionally, the LG Smart Keyboard converts the dual screen into a mini-laptop for on-the-go use. The bottom display transforms into a full-screen virtual keyboard making it easier to write emails, edit presentations, text, or search the web in full-screen on the top display. The device is powered by Qualcomm Snapdragon 855 Octa-Core processor with 6GB RAM and 128GB storage. The phone is backed by a 4,000mAh battery and runs Android 9.0 Pie out of the box.