Motorola has emerged as the third largest smartphone brand in the US for 2021 for the first time, as it gained from LGs decline. 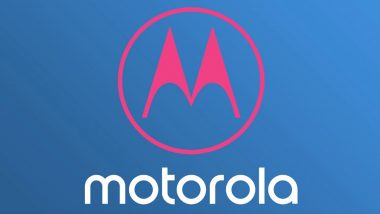 New Delhi, March 30: Motorola has emerged as the third-largest smartphone brand in the US for 2021 for the first time, as it gained from LGs decline.

According to Counterpoint Research, this is the first time ever that Motorola, with over 10 per cent market share, has become the third original equipment manufacturer (OEM) in the US for a full year.

Motorola's sub-$300 portfolio – Moto G Stylus, Moto G Power and Moto G Pure – has driven its success in the US.

However, within the smartphone segment, this is the first time ever that Motorola has entered the top three in the US market for a full year.

While Apple and Samsung dominate the premium price bands, Motorola rose through the ranks to become the second smartphone player in the $400 and below price segment in the US.

"Motorola has grown its market share in the large US prepaid channels (Verizon Prepaid, Metro by T-Mobile, Cricket and Boost) to 28 per cent," said senior analyst Varun Mishra.

Motorola has had a very strong tax season (February-March) in the US market. The brand's goal for 2022 and 2023 is to grow its volumes in higher price tiers.

"This will be challenging with the stranglehold Apple and Samsung have on the US market. However, Motorola was very early in releasing 5G and foldable devices," said Mishra.

(The above story first appeared on LatestLY on Mar 30, 2022 11:54 AM IST. For more news and updates on politics, world, sports, entertainment and lifestyle, log on to our website latestly.com).