Several OnePlus 9 Pro users are complaining about issues of overheating. However, the company said that it is a known issue and a fix will be coming via software updates "over the next few weeks". 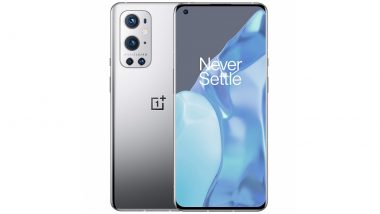 Beijing: Several OnePlus 9 Pro users are complaining about issues of overheating. However, the company said that it is a known issue and a fix will be coming via software updates "over the next few weeks". According to The Verge, the users reported the problem saying that the warning appears even with light use of the phone's still photo or video recording capabilities, and in some cases the phone will prohibit any more photo taking until it cools back down. OnePlus 9 & OnePlus 9 Pro Launched in India, Prices Start From Rs 49,999.

Others mention the problem arising around or soon after initial setup. Overheating phones have been a thing for a while and folks recording tens of minutes of video or playing games in exceptionally high temperatures have run into issues like these for years, but reports indicate this is happening to the OnePlus 9 Pro more frequently than we would expect and at lower potential temperatures, reports Android Police.

OnePlus's camera app also spits a big visible warning among two different messages the phone starts to overheat: "The temperature of your device is currently too high, please pause shotting (sic) for a while to bring it down," and "Unable to take pictures as the phone's temperature is too high."

OnePlus recently rolled out a new software update for its recently launched smartphones, OnePlus 9 and 9 Pro, for limited users. The new update -- OxygenOS 11.2.2.2 -- bumps up the Android security patch levels on both smartphones to March 2021 and comes with tonnes of improvements and bug fixes. The OnePlus 9 Pro (12GB+256GB) starts at Rs 64,999 and OnePlus 9 (8GB+128GB) will cost Rs 49,999.

(The above story first appeared on LatestLY on Apr 08, 2021 02:18 PM IST. For more news and updates on politics, world, sports, entertainment and lifestyle, log on to our website latestly.com).