OnePlus India will officially launch the OnePlus Watch in the country today along with the OnePlus 9 Series. Yesterday, a known tipster had revealed the price of the watch. Now another tipster 'Mukul Sharma' has shared the key specifications and features of the OnePlus Watch. 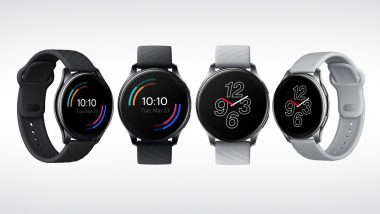 As per the tipster, the upcoming Watch will feature a 1.39-inch AMOLED display with an HD resolution of 454x454 pixels. It will get an in-built battery of 402mAh and offer 25 hours of continuous exercise with GPS and five days of blood oxygen/sleep monitoring. As per the earlier leaked poster of the OnePlus Watch, it has two buttons on its right edge. Reports have claimed that one is a power key while the other one is a function button. 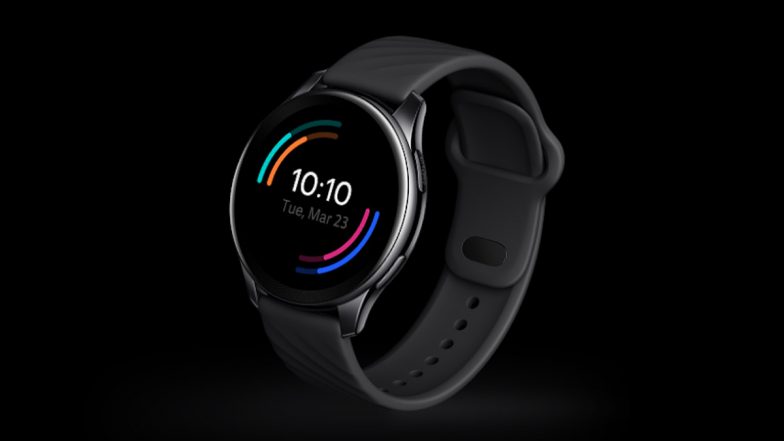 The upcoming device will be 5ATM water-resistant and come with an IP68-rating. OnePlus Watch is expected to be compatible with only Android devices, the company will reportedly bring the iOS support a bit later. 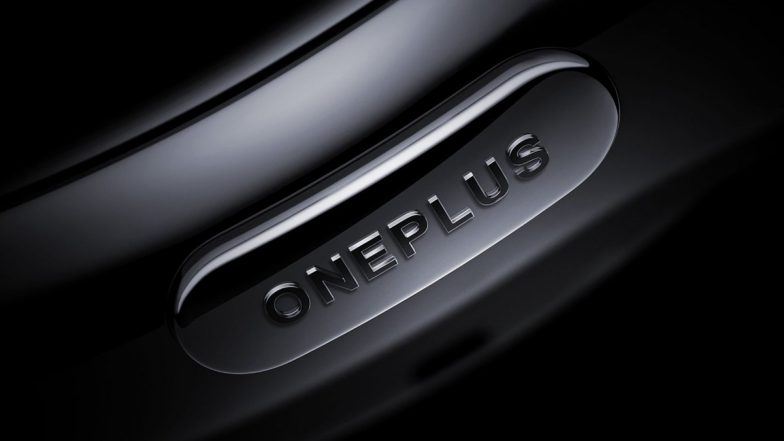 As per tipster Ishan Agarwal, the OnePlus Watch will be sold at EUR 150 in the European markets and will be offered in Silver, Black shades.

(The above story first appeared on LatestLY on Mar 23, 2021 11:23 AM IST. For more news and updates on politics, world, sports, entertainment and lifestyle, log on to our website latestly.com).