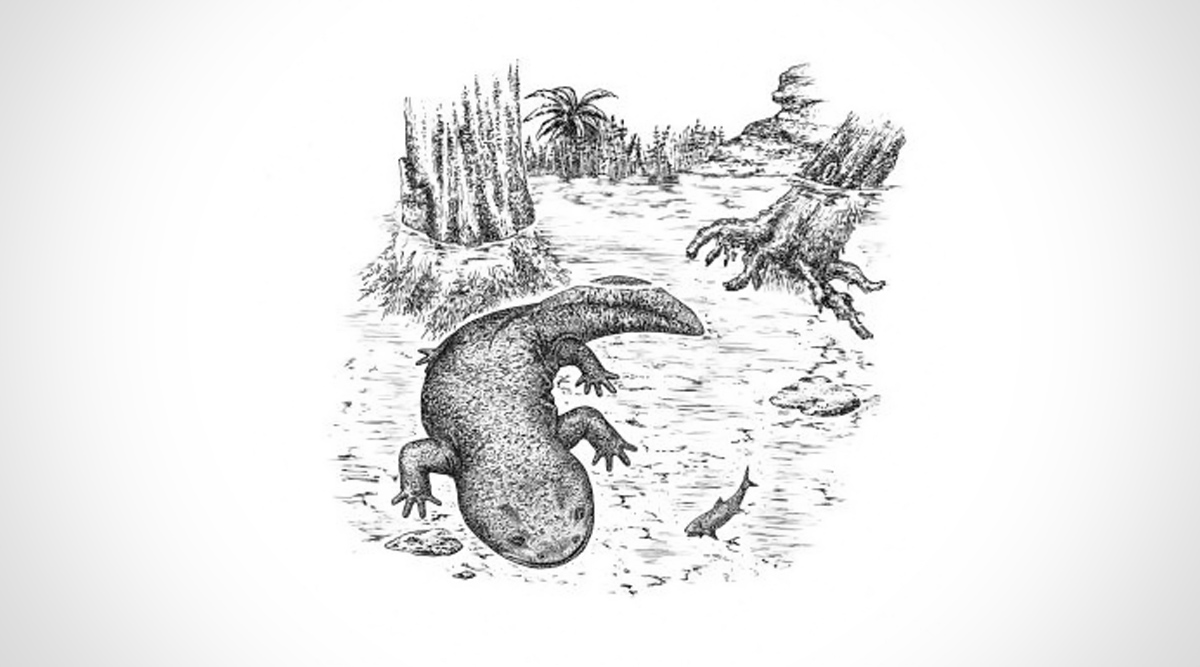 Palaeontologists have discovered a 168-million-year-old amphibian called Egoria in Russia. It is an 8-inch long ancient salamander which lived around 176–161 million years ago, in the Middle Jurassic. Fossil remains of the amphibian were found in the Berezovsky quarry in Western Siberia. According to experts, the species named Egoria malashichevi belonged to the oldest group of salamanders, known as stem salamanders. Four New Species of Walking Sharks Discovered off Northern Australia and New Guinea Coasts (Watch Video)

Paper author Pavel Skutschas of St Petersburg University said, "Salamanders first appear in the fossil records in the Middle Jurassic, including representatives of both the present-day salamander families and the most primitive ones. When they had just appeared, salamanders made efforts to occupy different ecological niches.

The palaeontologist further said, "Thus, the stem [early] salamanders filled the niche of large water bodies; while those close to the present-day salamanders found their niche in small water bodies. As for the newly discovered salamander, it occupied a middle position — although, morphologically, it is closer to the primitive." 596 New Species of Plant and Animals Discovered in India in the Year 2018.

An Artist's Illustration of Egoria:

The researchers excavated the salamander fossils from the quarry during the expeditions in the mid-2010s. As per the data gathered from the specimens, the team could create 3D reconstructions of the species and describe its internal structure. E. malashichevi is the most recent species to be found in the quarry. Earlier, ancient stem salamanders including Urupia monstrosa and Kiyatriton krasnolutskii were discovered at the site.

The team said that they will now compare the bones from the Berezovsky site with salamander fossils from the Kirtlington quarry in Oxfordshire. Prof Skutschas believes that the salamander fossils from both the Siberian and Oxfordshire sites 'may be representatives of the same genera.' He said, "However, to ascertain this, a detailed comparison of the palaeontological collections is required. In the coming spring, our colleagues from England will come to St Petersburg to study our research materials. We may discover that Urupia and Egoria used to have a very wide habitat, extending across Europe and Asia." The full findings of the study were published in the journal PLOS ONE.