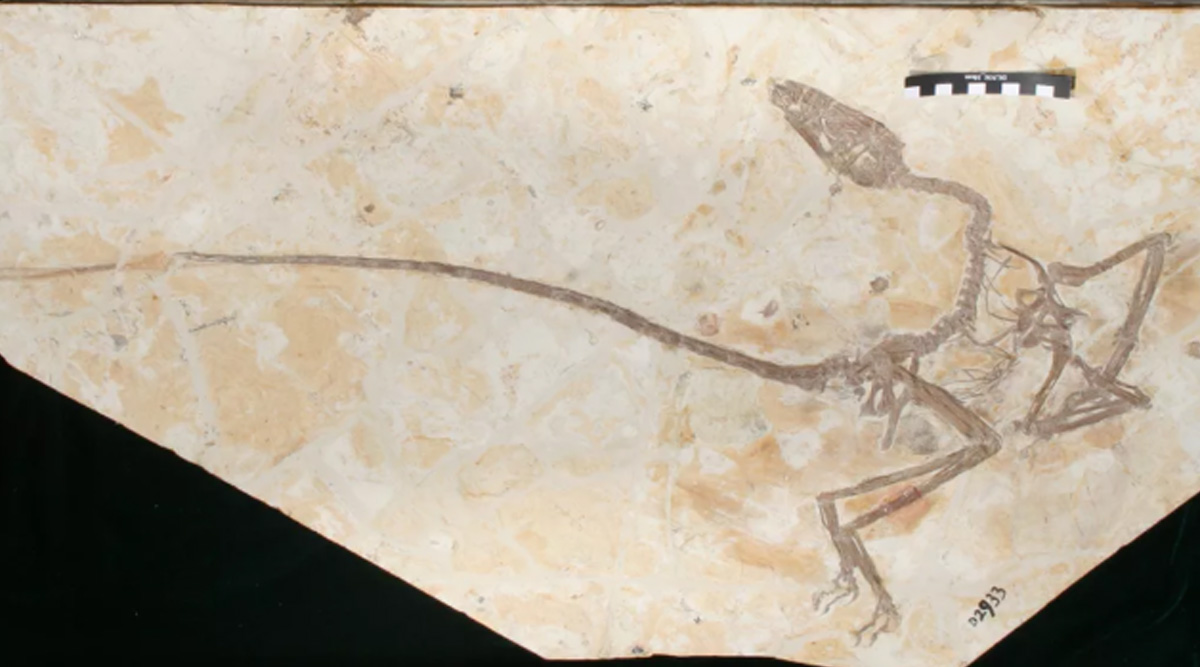 A fascinating discovery has been made by a San Diego researcher of a "dancing dragon" feathered fossil. Living around 120 million years ago, this creature lived in China’s Jehol Province. Most of us have seen a version of dinosaurs that has been portrayed in the movies and TV series. But scientists and archaeologists around the world have made some incredible discoveries about these first inhabitants of the planet. The latest finding helps to bridge the gap between dinosaurs and birds. New Species of 'Sexy Dinosaurs' From 140 Million Years Ago Discovered in Patagonia, View Pic!

This dinosaur was about the size of a raven but had a very long, bony tail. Its body was covered in feathers and had a narrow face. Another feature was despite its small size, it had very sharp teeth and wing-like forelimbs. The legs also had some feathers. The fossil was first found by a farmer in China's Jehol province and then placed in Dalian Natural History Museum. The findings after studying this fossil were published last week in the journal The Anatomical Record.

A dinosaur fossil found in NE China was identified as a new species of tiny, winged and feathered dinosaurs, offering a glimpse of the Earth 120 million years ago. It was named Wulong bohaiensis, or "dancing dragon" in Chinese, for the pose of the preserved fossil by researchers. pic.twitter.com/NLTgBQ4kE1

The study's author Ashley Poust, a postdoctoral researcher whose analysed this fossil mentions that this one fits into a range of winged animals that are related to the origin of birds. "Studying specimens like this not only shows us the sometimes surprising paths that ancient life has taken, but also allows us to test ideas about how important bird characteristics, including flight, arose in the distant past," he was quoted in a CNN report. This fossil also reveals that the dinosaur was very young when it died but its feathers point it could've been a mature adult. This creature was supposedly an early relative of Velociraptors, which lived 75 million years ago.