Much like ridesharing via Uber on Earth, Elon Musk-run SpaceX has successfully launched its new cost-cutting rideshare mission with 143 small satellites -- a new record for a single rocket -- into space. 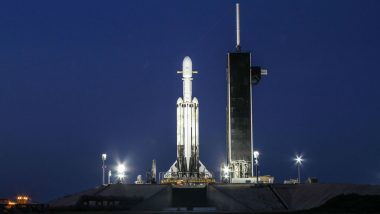 San Francisco, Jan 25: Much like ridesharing via Uber on Earth, Elon Musk-run SpaceX has successfully launched its new cost-cutting rideshare mission with 143 small satellites -- a new record for a single rocket -- into space.

"Falcon 9 launches 143 spacecraft to orbit -- the most ever deployed on a single mission -- completing SpaceX's first dedicated SmallSat Rideshare Programme mission," SpaceX said in a tweet.

According to SpaceX, the rideshare programme offers cheap access to space for small satellite companies, starting at $1 million for a 200-kg satellite.

Much like a "rideshare Uber", a company's small satellite can hitch a ride to space with this new mision.

The SpaceX's Falcon 9 rocket sent a mix of shoebox-sized CubeSats and much heavier micro-satellites to a 326-mile-high polar orbit.

The 143 satellites include 48 Earth imaging satellites, 17 tiny communications satellites, and 30 small satellites for the US and Europe by Germany-based Exolaunch.

"The sheer number of payloads/satellites was well above the limit needed to break both the U.S. and world records for most satellites launched on a single mission," NASa said in a statement.

Both records were previously held by Northrop Grumman with 108 satellites launched on the NG-10 Cygnus mission in November 2018.

SpaceX's previous record is 64 satellites on the SSO-A mission in December 2018, a flight that featured Spaceflight Industries' Sherpa satellite dispenser.

Transporter-1 was the second mission since 1969 to use the polar corridor route from Florida.

(The above story first appeared on LatestLY on Jan 25, 2021 10:07 AM IST. For more news and updates on politics, world, sports, entertainment and lifestyle, log on to our website latestly.com).