NASA has picked Elon Musk's SpaceX to develop the first commercial lander and take the next two US astronauts to the moon, the US space agency said on Friday. 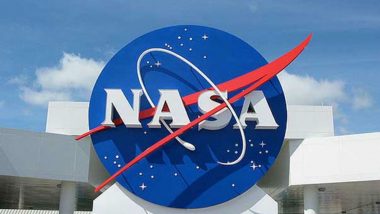 New York, April 17: NASA has picked Elon Musk's SpaceX to develop the first commercial lander and take the next two US astronauts to the moon, the US space agency said on Friday.

The contract is worth $2.9 billion and is part of NASA's Artemis programme, which aims to return astronauts to the moon by 2024 as a stepping stone to the first human mission to Mars, DPA news agency reported.

Musk tweeted "NASA Rules!!" in response to the decision.

The SpaceX Starship, which is designed to land on the moon, will include a spacious cabin and two airlocks for moonwalks, NASA said.

The goal is to eventually develop a fully reusable launch and landing system that can be used for space travel to destinations including the moon and Mars.

The mission will see four astronauts launched on NASA's Orion spacecraft into lunar orbit, where two of them will transfer to the SpaceX human landing system for their final journey to the moon.

The two astronauts will explore the lunar surface for around a week before returning to Earth. They will be the first people to walk on the moon for more than 50 years.

At least one of the two will be a woman. NASA also aims to bring the first person of colour to the moon's surface as part of the Artemis programme.

(The above story first appeared on LatestLY on Apr 17, 2021 10:38 AM IST. For more news and updates on politics, world, sports, entertainment and lifestyle, log on to our website latestly.com).