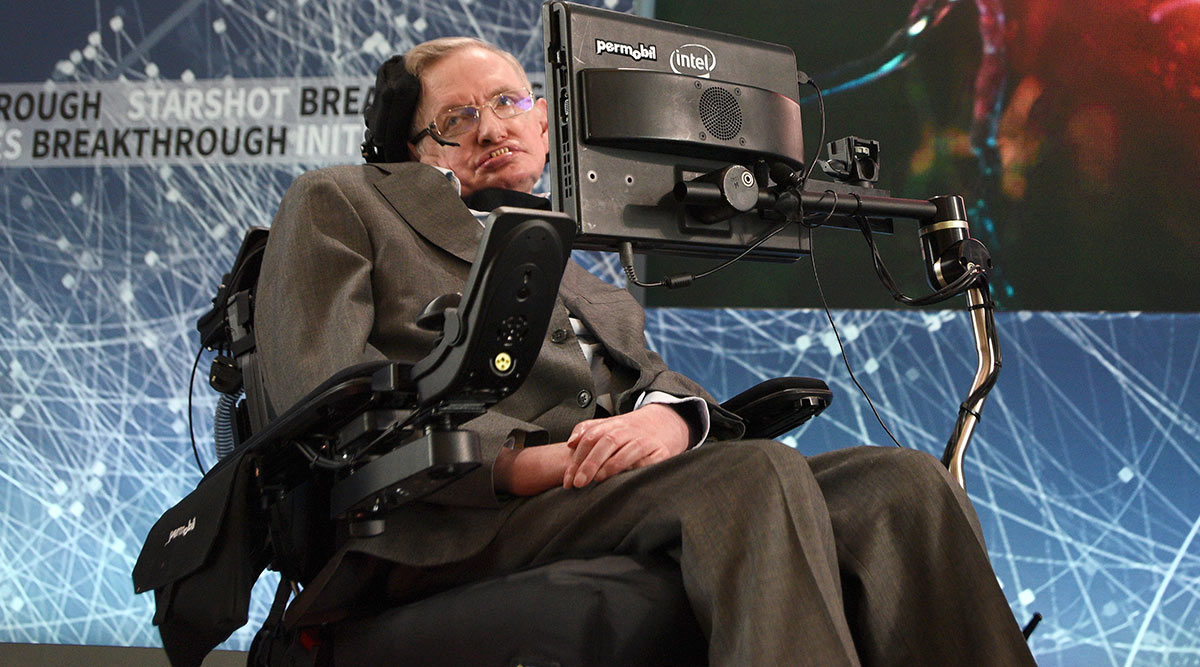 It will be Stephen William Hawking’s 78th anniversary on January 8, this year. Stephen Hawking – the name needs no introduction. Hawking is said to be one of the most influencing scientists of all times. His groundbreaking work has helped human civilisation in innumerable ways. Despite being affected by a deadly disease, early in his life, Stephen Hawking beat all odds and went on to become one of the iconic figures of all times. He is known to make the big badass world of science accessible (and simpler) to people across all age groups. There are many things that not many people know about the genius Physicist. If you are looking for exciting trivia about Stephen Hawking, then you can find them all here. Below in this article, we have got ten amazing facts about Hawking you probably did not know. Stephen Hawking 78th Birth Anniversary: Remembering Legendary Physicist & Scientist Through His Quotes.

Stephen Hawking was born on January 8, 1942, in Oxford (England), in a family of intellectuals, where his parents both attended the University of Oxford. Hawking donned many hats in his entire lifetime. He was a theoretical physicist, cosmologist, scientist, speaker and even an author. On the occasion of the 78th birth anniversary of one of the most genius minds in the history of science, we take a look at some of the most interesting things and facts about Stephen Hawking here. 8 Things to Know About ALS, The Disease That Paralysed The Physicist, Stephen Hawking.

1. Stephen Hawking’s was born on the 300th death anniversary of Galileo Galilei, i.e. on January 8. Also, Hawking’s date of death is the same as that of Albert Einstein, i.e. March 14, which is the same day which is popularly known as Pi Day (How symbolic!)

2. When Stephen Hawking was a kid, he along with his friends, built a mini-computer out of old clock parts, telephone switchboards and other old and recycled items. These acts of genius fetched him a nickname of ‘Einstein’ by his friends.

3. Stephen Hawking, who went on to become one of the most brilliant minds in the world of science, couldn’t read properly till he was 8. He had once said that he was a lazy student during his stay at Oxford.

4. Stephen Hawking desired to study Mathematics in his childhood, but Oxford didn’t have a Maths degree at that time. So he chose Physics and Chemistry, and cosmology eventually. The rest they say is history.

5. It is a little known fact that the ‘Einstien’ Stephen Hawking was a part of Oxford’s rowing team too (Well, all work and no play makes Jack a dull guy, ha?)

6. At 21, Stephen Hawking had a rare early-onset slow-progressing form of Motor Neurone Disease (MND), which is also known as Amyotrophic Lateral Sclerosis (ALS) or Lou Gehrig’s disease. In simpler terms, his nerves that controlled his muscles were shutting down, and the condition saw him getting paralysed over the years.

7. When Stephen Hawking was diagnosed of MND (or ALS or Lou Gehrig’s) disease in 1963, the doctors said that he would be able to survive for just two more years; however, Hawking lived over 55 years after the life-threatening diagnosis.

8. Stephen Hawking wrote many books in his lifetime. His book ‘A Brief History of Time’ remained on the British Sunday Times best-seller list for a record 237 weeks. Would you believe if we say, it had only one equation? It is true. The equation is Einstein's “E = mc2” equation.

9. Stephen Hawking has also appeared on several TV shows and in different on-screen characters, be it Star Trek, The Simpsons, or The Big Bang Theory.

Stephen Hawking breathed his last on March 14, 2018. There were a hell lot of odds that Stephen Hawking was stacked against, and nevertheless, he conquered them all. Be it about his physical disability or speech impairment, Stephen Hawking beat them all and died as one of the most iconic figures of the 20th century. His remarkable contribution in the field of science is unmatchable.

As January 8 nears, we, at LatestLY, thank Stephen Hawking for his contribution in the field of science and wish his soul rests in peace. We hope you loved reading the interesting facts about Stephen Hawking as much as we did it while collating for you.