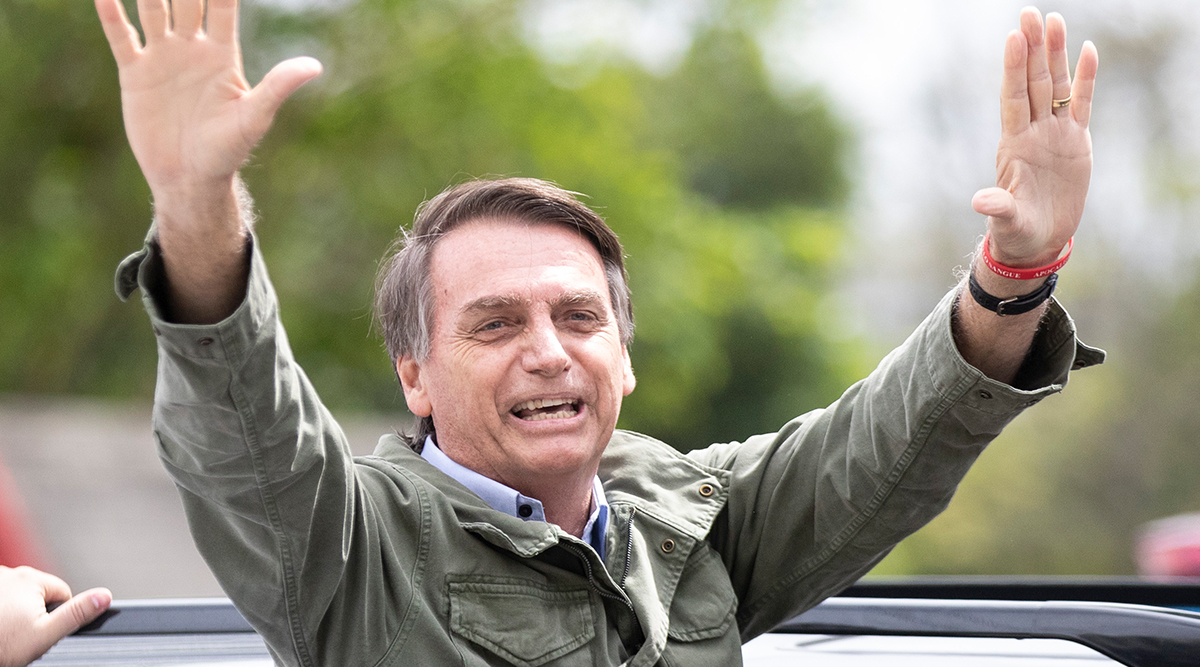 "This tweet is no longer available because it violated the Twitter Rules," says a message where the videos in question were.

In the two deleted videos on Sunday, the 65-year-old President defended the end of the confinement measures in effect in many of the states and the use of chloroquine to treat the disease, even though its effectiveness has still not been fully proven. In a statement sent to local media, Twitter said it had recently included among its criteria for excluding tweets, content that contradicted public health information from official sources and could put people at greater risk of transmitting COVID-19.

The first of the deleted videos was shot in Taguatinga, one of the satellite cities of the Brazilian capital, and in which Bolsonaro was seen talking to a street vendor.

"What I have been hearing from people is that they want to work. What I have said from the beginning is that 'we are going to be careful, the over-65s stay at home'," the Brazilian leader said. WhatsApp Video Status Limit Reduced From 30 Seconds To 15 Seconds in India To Cut Strain on Internet During Coronavirus Lockdown.

He said chloroquine, a drug used to treat malaria and other diseases, was working "everywhere" against the new virus. On Sunday, the government of the northeastern state of Bahia reported a coronavirus death of a 74-year-old man who had been given that drug. In the second deleted video, Bolsonaro appears in a butcher's shop in Sobradinho, also located in the metropolitan region of Brasilia, to say that unemployment has terrified people.

Still to be removed by Twitter is Bolsonaro's visit to Ceilandia, where he approaches a shop's entrance and exchanges words with a woman amid a group of curious passersby trying to record the exchange on their mobile phones. Also available on the microblogging site is the press conference held by Bolsonaro at the end of his tour through Brasilia. Bolsonaro's visit, which was not put on his official agenda, comes a day after his health minister, Luiz Henrique Mandetta, stressed on the need to stay at home, even for young people, and to avoid crowds in order to contain the pandemic.

A few days earlier, Bolsonaro issued a decree that allowed lottery houses and religious temples to continue operating although a court later struck down that order. However, on Sunday, the President announced that he will appeal the ruling in higher courts. Brazil has so far recorded 136 coronavirus deaths, while confirmed cases increased by 9 per cent in 24 hours to 4,256, the Health Ministry said on Sunday.