After introducing Tip Jar that allows people to send and receive support with cash gifts, Twitter on Thursday said that it is adding an Indian payment gateway, Razorpay, as an additional payment provider to it. 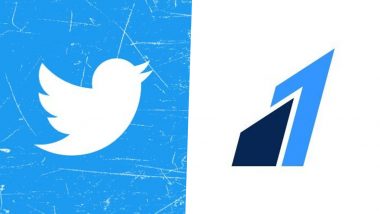 New Delhi, June 24: After introducing Tip Jar that allows people to send and receive support with cash gifts, Twitter on Thursday said that it is adding an Indian payment gateway, Razorpay, as an additional payment provider to it. With Tip Jar, people can select whichever payment service they prefer and they'll be taken off Twitter to the selected app where they can show their support in the amount they choose. Twitter Now Lets iOS Users Send Tweets Directly to Instagram Stories.

Through Razorpay's interface, people will be able to support individuals and organisations across India via multiple modes of payment including UPI, credit and debit cards, net banking, wallets and more, the company said in a statement.

To start, only a limited group will see the option to add Tip Jar to their profile. This group includes creators, journalists, public figures, experts and community leaders. It is the first of several upcoming ways for creators to monetise their content and earn money from their biggest supporters.

Everyone can send tips to applicable accounts on Twitter for iOS and Android via third-party payment services. Turning on Tip Jar adds an icon next to the Follow button on the Twitter profile page, allowing people to link to an existing account with the following payment providers -- PayPal, Cash App, Patreon, Bandcamp, Venmo and now Razorpay.

By integrating Razorpay, the service is hoping to provide people in India with a simple and secure way to send money as a token of appreciation or as a gift, the company said.

To better serve them, Tip Jar is available in multiple Indian languages including Bengali, Gujarati, Hindi, Kannada, Marathi, Tamil. Twitter is also working to add more payment providers to the feature around the world.

On iOS and Android, Tip Jar lives as an icon on people's Twitter profiles. On Android only, it is also accessible within Spaces. It is an easy way and a first step towards creating new ways for people to receive and show support on Twitter -- with money. Soon, more people will be able to add it to their profile in India and across the world.

(The above story first appeared on LatestLY on Jun 24, 2021 10:48 AM IST. For more news and updates on politics, world, sports, entertainment and lifestyle, log on to our website latestly.com).