Cough Syrup-Linked Children Deaths: WHO Asks Countries to Crack Down on Substandard Medical Products After Over 300 Casualties

They should also immediately notify WHO if substandard products are discovered, and inform the public of the dangers and toxic effects of the medicines concerned. 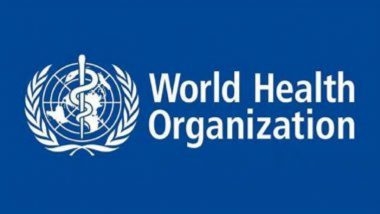 Geneva, January 25: The World Health Organization (WHO) has issued an urgent call for countries to crack down on substandard medical products, after more than 300 children died in multiple countries due to contaminated cough syrups.

Over the past four months, the WHO said, several incidents have been reported of over-the-counter cough syrups for children contaminated with high levels of diethylene glycol (DEG) and ethylene glycol (EG), Xinhua news agency reported.

"These are toxic chemicals used as industrial solvents and antifreeze agents, which can be fatal ingested even in small amounts, and should never be found in medicines." WHO Investigating Links Between Cough Syrup Deaths.

The cases were found in at least seven countries, and the fatalities took place in the Gambia, Indonesia and Uzbekistan. Most cases were young children under the age of five.

The WHO has already issued three global medical product alerts regarding these incidents since October 2022, and has identified six drug companies in India and Indonesia that produced the syrups.

"These are not isolated incidents," the WHO said, calling on key stakeholders in the medical supply chain to take immediate and coordinated action.

Countries should detect and remove contaminated medicines from circulation, the WHO said, and increase surveillance and diligence within the supply chains.

They should also immediately notify WHO if substandard products are discovered, and inform the public of the dangers and toxic effects of the medicines concerned.

The WHO also called on regulators and governments to ensure that all medical products on the market in their countries are approved for sale by competent authorities, and obtainable from authorized suppliers. Uzbekistan Claims 18 Children Die After Consuming India-Made Cough Syrup.

Meanwhile, manufacturers of medicines should only purchase pharmaceutical grade excipients from qualified and bona fide suppliers, the WHO said. Comprehensive testing should be conducted when supplies are received, and before use in the manufacture of finished products.

Suppliers and distributors of medical products should always check for signs of falsification, and verify the physical condition of medicines and other health products. Only medicines authorized by competent authorities should be distributed or sold, the WHO said.

(The above story first appeared on LatestLY on Jan 25, 2023 08:32 AM IST. For more news and updates on politics, world, sports, entertainment and lifestyle, log on to our website latestly.com).