The Vatican has criminalize sexual abuse of minors as well as adults by priests under its revised laws. The Vatican updated the Code of Canon Law following 14 years of research. 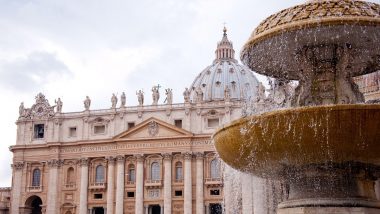 Vatican City, June 1: The Vatican has criminalised sexual abuse of minors as well as adults by priests and church officials under its revised laws, reports said. The Vatican updated the Code of Canon Law following 14 years of research. The Code of Canon Law is the Vatican's in-house legal system that covers the 1.3-billion-strong Catholic Church worldwide. The updated document was released today with the most significant changes made to Articles 1395 and 1398. Pope to Vatican's Own Media Workers: Who Reads Your News?

The Article 1395 states: "A cleric who lives in concubinage, other than the case mentioned in can. 1394, and a cleric who persists with scandal in another external sin against the sixth commandment of the Decalogue is to be punished by a suspension. If he persists in the delict after a warning, other penalties can gradually be added, including dismissal from the clerical state." Vatican No. 2 Intervenes to Shed Light on Swiss Guard Deaths.

"A cleric who in another way has committed an offense against the sixth commandment of the Decalogue, if the delict was committed by force or threats or publicly or with a minor below the age of sixteen years, is to be punished with just penalties, not excluding dismissal from the clerical state if the case so warrants," it adds.

The provisions recommends more stringent punishments for priests who abuse minors as well as adults. According to reports, this update the most extensive revision to the Catholic Church law since the existing code was approved by Pope John Paul in 1983.

(The above story first appeared on LatestLY on Jun 01, 2021 04:51 PM IST. For more news and updates on politics, world, sports, entertainment and lifestyle, log on to our website latestly.com).