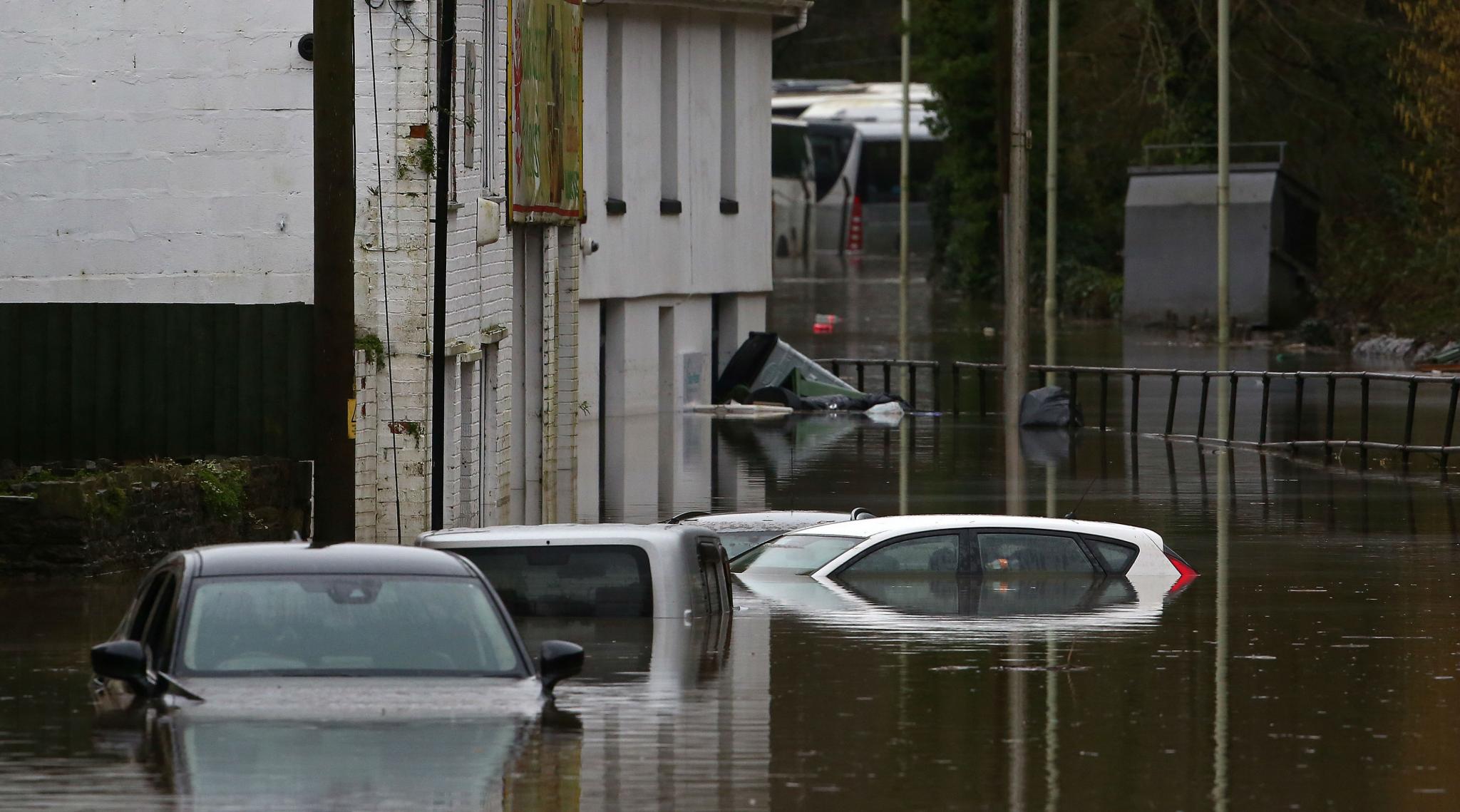 London, February 16: Storm Dennis swept across Britain on Sunday with the army drafted in to help deal with heavy flooding and high winds, officials warning it could be "life-threatening" in South Wales.

The government weather agency issued a rare red warning for the area, saying there was a risk of "significant impacts from flooding" that included a "danger to life from fast flowing water, extensive flooding to property and road closures".

Almost 200 flood warnings were in place early on Sunday, extending from Scotland's River Tweed to Cornwall in southwest England. Winds of over 90 miles per hour (150 kilometres per hour) were recorded in Aberdaron, south Wales.

🏴󠁧󠁢󠁷󠁬󠁳󠁿 Members of the emergency services evacuate residents from flooded houses in #Nantgarw, south of #Pontypridd in south Wales on February 16, 2020, after the #RiverTaff burst its banks due to #StormDennis

"Our armed forces are always ready to support local authorities and communities whenever they need it," said defence minister Ben Wallace.

British Airways and easyJet confirmed they had grounded flights, while two bodies were pulled from rough seas off the south England coast on Saturday as the storm barrelled in.

One of the men is assumed to have been the subject of a search triggered when an LPG tanker reported that one of its crew was unaccounted for. He was last seen several hours earlier.