UK Teens Jailed After They Assaulted and Burned 15-YO's Genitals For Spilling a Drink!

The horrified schoolboy initially lied out of fear that he was robbed by strangers. But he eventually spoke up and showed them Ashton's flat revealing what had happened. 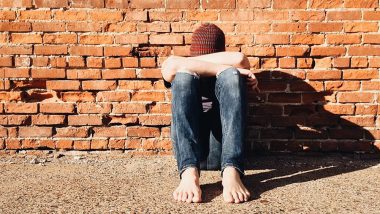 Three sadistic teenagers were arrested after they horribly tortured a schoolboy for over six hours. The 15-year-old victim was slashed with a knife and his genitals were burned with a lighter in the terrifying assault. The incident took place in Highgate, West Midlands in the UK. The victim was made to go through such a horrific ordeal because he spilt a drink on the floor. Although he immediately offered to wipe it off, the other boys gave a cruel treatment in a fit of rage. The sadist culprits have been jailed. Nine-Year-Old US Boy Commits Suicide After He Was Bullied For Being Gay.

The schoolboy suffered some serious injuries after the attack, including cigarette stub marks on his face. The extremely shocking assault took place on September 29 last year. Kyle Ashton, Christopher Pyatt-Pierce and his twin sister Lucy Pyatt-Pierce were in their flat when the victim visited their flat. The visitor had spilled some drink on the floor and while he offered to clear it, Ashton asked him to lick it and when he refused, poured a noodle on his head. It is said that the girl was the one who instigated them further. The flatmates then took sadistic pleasure by assaulting him further, slashing knives, punching and stripping him off. Lucy Pyatt-Pierce even made a video of the incident. Student Abused, Slapped by Classmates For Bullying Other Children, Father Gets Video of Assault on WhatsApp.

The horrified schoolboy initially lied out of fear that he was robbed by strangers. But he eventually spoke up and showed them Ashton's flat revealing what had happened. All three of them were charged with wounding and false imprisonment in October. The Birmingham Crown Court heard the case and the teens have been sent to imprisonment this week. Ashton was jailed for 8 years for causing grievous bodily harm and false imprisonment. Lucy was sentenced for 4 years and her brother was given a jail term of 2 years, as he was found guilty on a lesser charge.

(The above story first appeared on LatestLY on Jun 19, 2019 10:17 AM IST. For more news and updates on politics, world, sports, entertainment and lifestyle, log on to our website latestly.com).