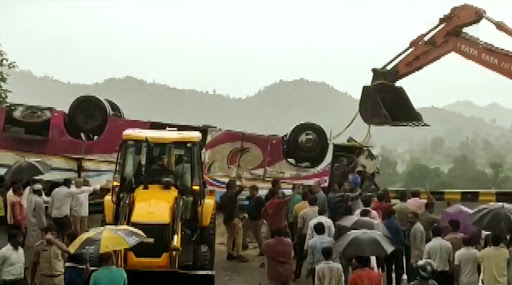 Muzaffarnagar, January 14: One person was killed and 15 others were injured after a bus overturned on the Miranpur Road near Jansath town here, police said on Tuesday.

The accident occurred when the bus was going from Muranpur to Muzaffarnagar town, according to Station House Officer Yogender Sharma.

He said a woman, Mohsina (40), was killed in the accident. Prayagraj: School Bus Attacked with Crude Bombs, 2 Students Injured.

The injured were admitted to a hospital and the condition of some of them is serious, Sharma said. Police said a case was registered against the bus driver.